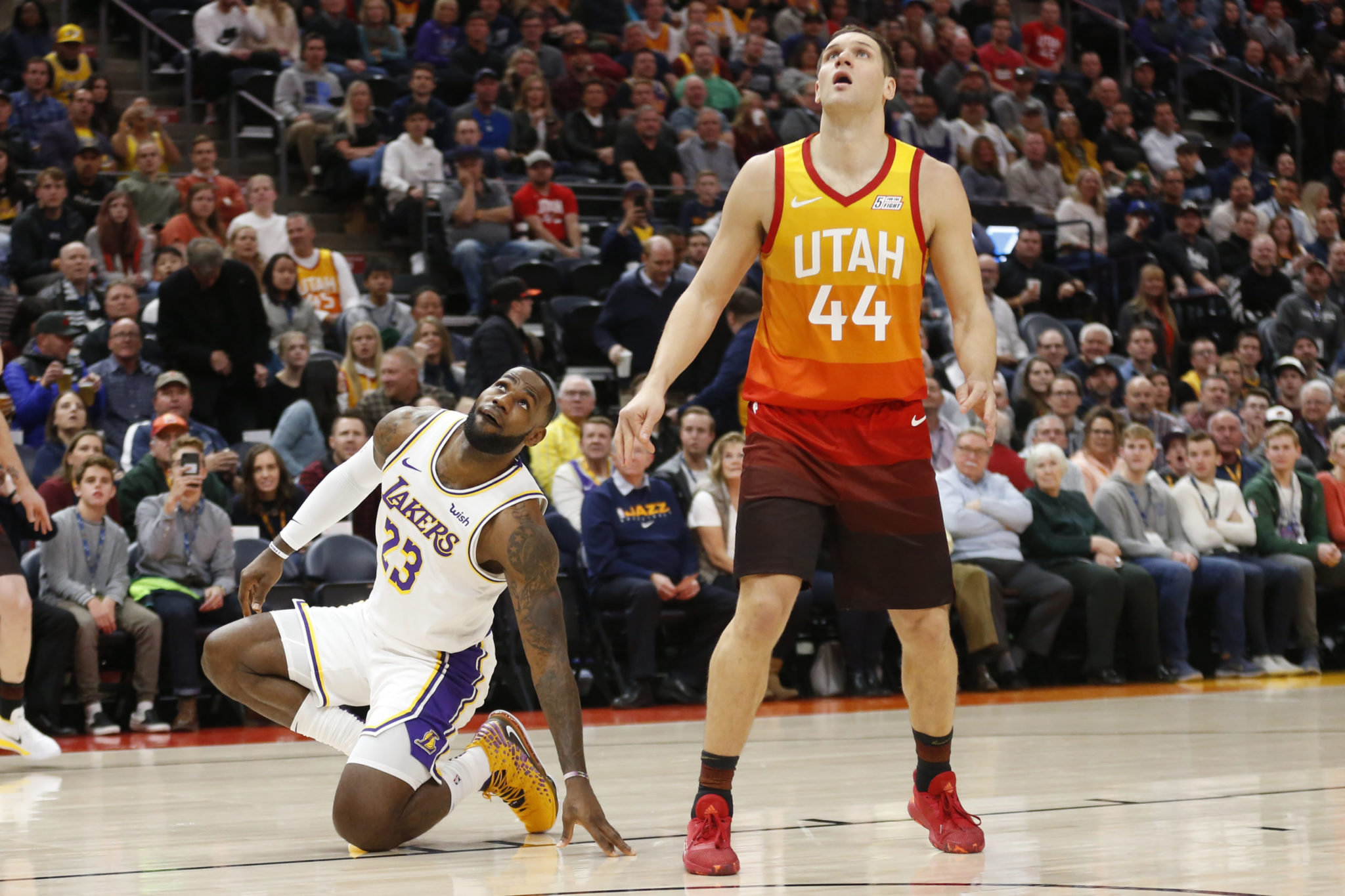 The Jazz opened the game with baskets on four straight possessions and took an 11-5 lead. Bogdanovic got things going with back-to-back 3-pointers. Utah eventually cooled down. Los Angeles did not.


Behind a 9-0 run, the Lakers surged out to a 30-20 lead. Davis scored back-to-back baskets to punctuate the run. Los Angeles was just getting started.

The Lakers used a 16-4 run, sparked by a buzzer-beating 3-pointer at the end of the first quarter from Kuzma, to stake out a 46-30 lead early in the second quarter. James fueled the bulk of the run with three baskets over a minute.

Stopping transition baskets proved to be the biggest issue for Utah. The Lakers outscored the Jazz 21-3 in fast-break points before halftime. Sloppy passing contributed a great deal to that advantage, with Los Angeles scoring 11 points off six first-half turnovers by Utah.

Los Angeles maintained a double-digit lead throughout the second half. The Lakers led by as many as 25 points after halftime.

Lakers: Dwight Howard made his first 3-pointer of the season with 6:25 left in the fourth quarter. … Los Angeles outscored the Jazz 52-34 in the paint.

Lakers: At Portland on Friday night.