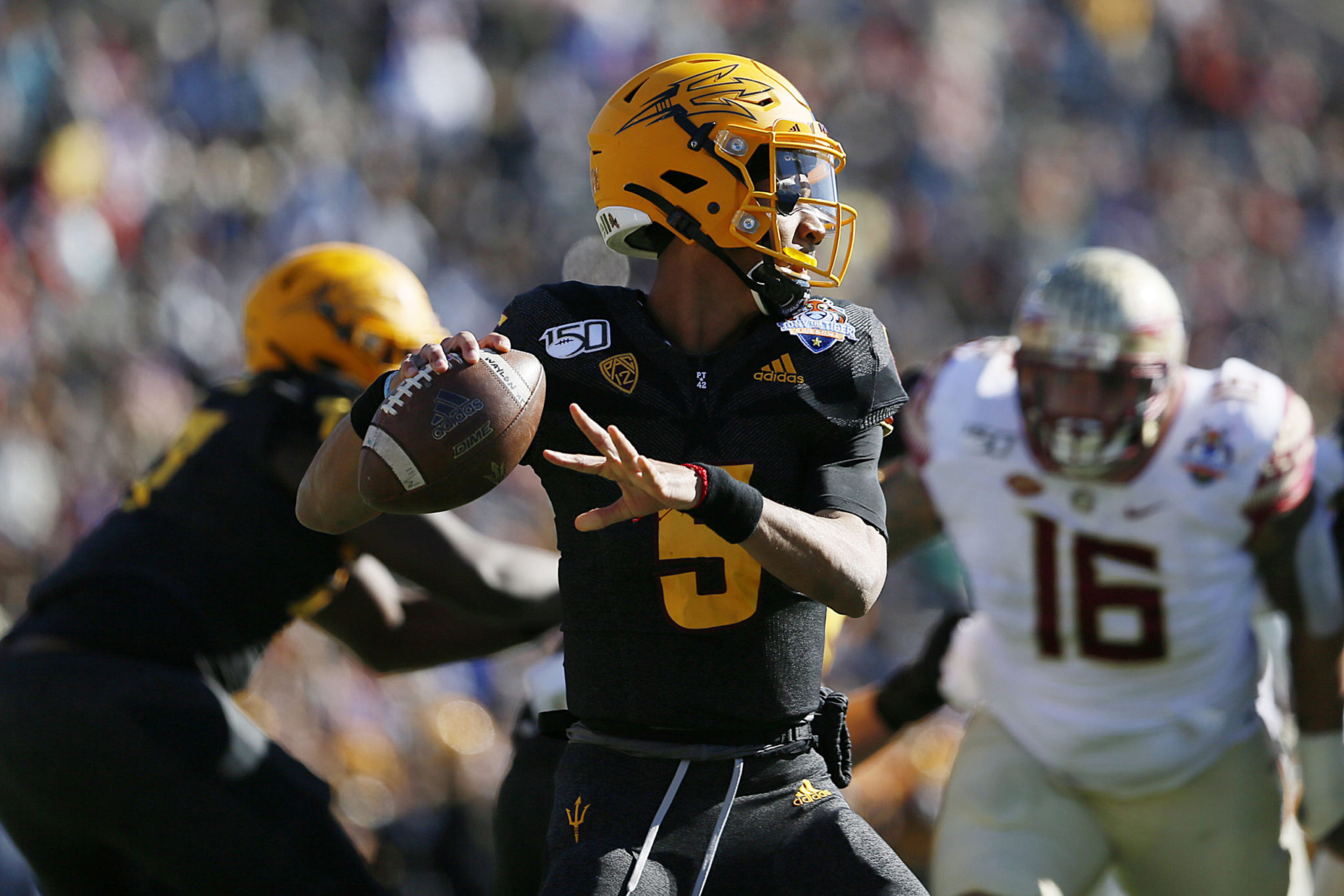 Willie Harts returned an interception 25 yards for a touchdown in the fourth quarter to lead Arizona State to a 20-14 victory against Florida State on Tuesday in the Sun Bowl.

Harts, a freshman cornerback, halted a 14-0 surge by Florida State (6-7) and helped the Sun Devils (8-5) hang on for their fourth Sun Bowl victory, despite not scoring an offensive touchdown.

James Blackman threw a 91-yard touchdown pass, the longest pass play in Sun Bowl history, to Tamorrion Terry to give Florida State its first lead, 14-9, in the third quarter. The Seminoles trailed 9-0 at halftime.

Cristian Zendejas kicked a Sun Bowl record-tying four field goals for Arizona State, including a 34-yarder in the fourth quarter to cut the FSU lead to 14-12.


Then Blackman’s fourth interception of the game was returned by Harts to put the Sun Devils ahead for good with 10:06 left in the fourth.

Jayden Daniels was 12-for-28 passing for 198 yards to lead the Sun Devils. He also ran 36 yards and a 2-point conversion.

The first half was a comedy of errors for both offenses as the defenses stepped up in the absence of the teams’ star rushers. Eno Benjamin of ASU and Cam Akers of FSU both sat out to protect their NFL draft stock.

Florida State turned the ball over three times (two interceptions and a fumble) and had a field goal blocked, while Arizona State lost two fumbles.

Cornerback Stanford Samuels also sat out for the Seminoles,

By the end of the game, Arizona State was down three defensive starters – safety Cam Phillips didn’t dress, while cornerbacks Jack Jones and Chase Lucas suffered injuries during the game. Sun Devils defensive lineman Jermayne Lole also missed a chunk of second half.

Florida State: The Seminoles play their first game under Norvell against West Virginia in Atlanta on Sept. 5.