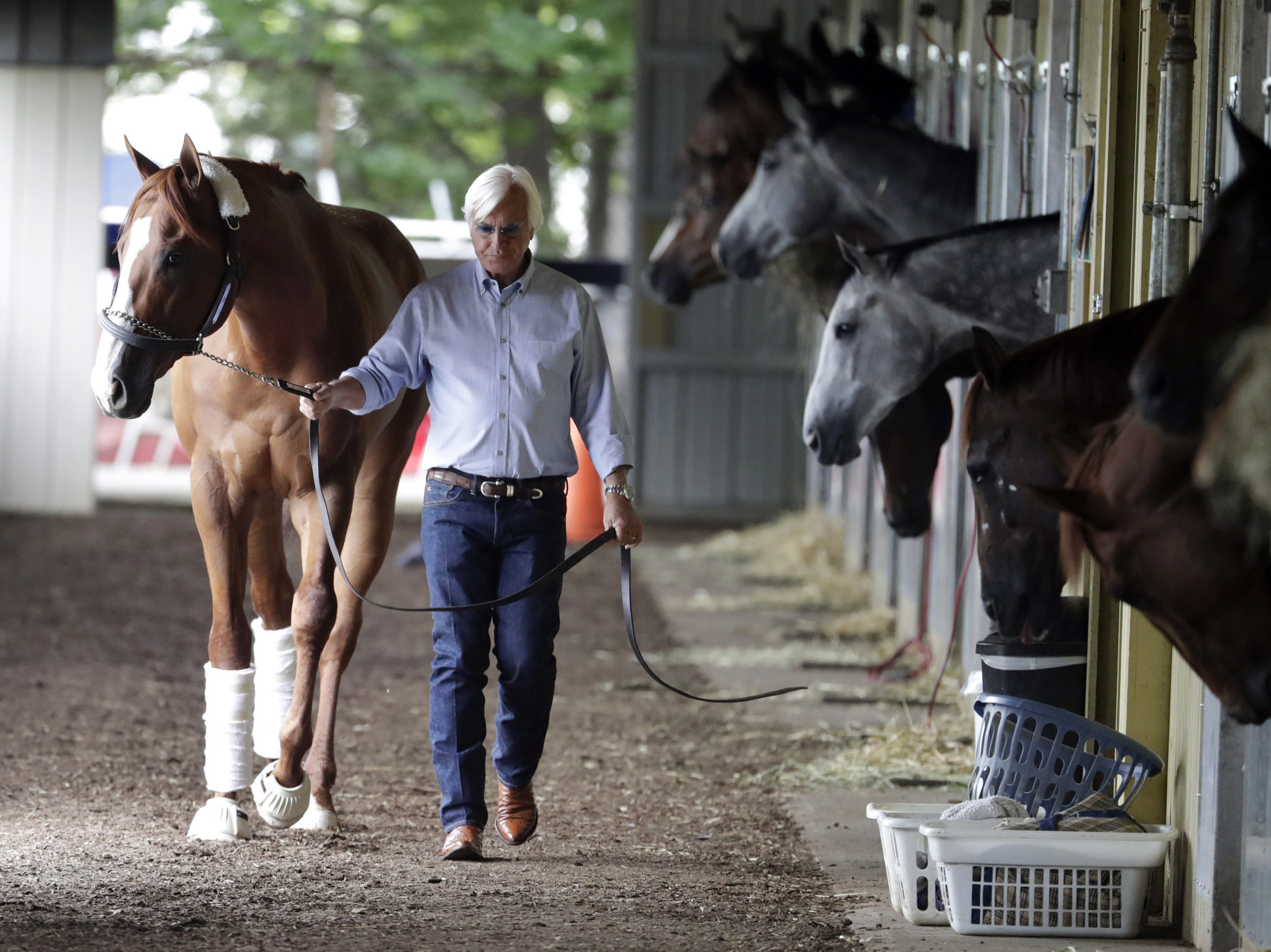 Baffert said in a statement Thursday that he “unequivocally” rejects the implication he’d give Justify or any other horse Scopolamine, which the colt tested positive for in April 2018. The New York Times reported Justify tested positive for the substance after winning the Santa Anita Derby and that the California Horse Racing Board did not adequately investigate the matter.

Justify was allowed to run in the Kentucky Derby a month later and went on to become horse racing’s 13th Triple Crown winner.

“Damn shame this great horse, connections and me have to be put through all this,” Baffert said in a separate text message to The Associated Press. “It was obvious environmental contamination. It’s been a known problem in California.”


Attorney W. Craig Robertson also wrote a letter addressed to the Times defending Baffert and saying the California racing board did the correct thing by not pursuing a lengthy investigation. Baffert and Robertson each pointed out Justify was found to have a trace amount of Scopolamine in his system and said that can come from jimson weed, which grows wild in California.

Baffert said Justify passed drug tests in Kentucky, Maryland and New York on the way to the Triple Crown and called on those states’ testing agencies to “immediately release information related to Justify’s test results” there. Justify did not run another race after winning the Triple Crown and was retired.

Baffert trained the only two Triple Crown winners in the past three decades: Justify in 2018 and American Pharoah in 2015.

“Justify is one of the finest horses I’ve had the privilege of training and by any standard is one of the greatest of all time,” Baffert said. “I am proud to stand by his record and my own.”

While defending his own actions, Baffert said he had no input into or influence on decisions made by the California board, which came under fire for treating this situation differently from past precedent. Upon notification of the positive test result, Robertson told the board to deal with him and not Baffert from that point forward.

“Given all the foregoing facts, I was confident that Mr. Baffert would ultimately prevail if the CHRB pursued the matter,” Robertson wrote. “This left the CHRB with two choices — either pursue a frivolous case that had no merit at great taxpayer expense, or exercise reason and common sense and decide to take no further action.”


In a news release Thursday, Animal Wellness Action executive director Marty Irby called for drug testing to be “conducted and overseen by impartial operators and not by industry players with a vested interest in looking the other way.” The Times reported the chairman of the California board owns an interest in horses trained by Baffert.

The California Horse Racing Board said in a statement emailed to The AP: “We take seriously the integrity of horse racing in California and are committed to implementing the highest standards of safety and accountability for all horses, jockeys and participants.” A CHRB spokesman said Thursday that it didn’t have anything else to add.