Beaten Ruiz wants Joshua rematch but others ahead in line 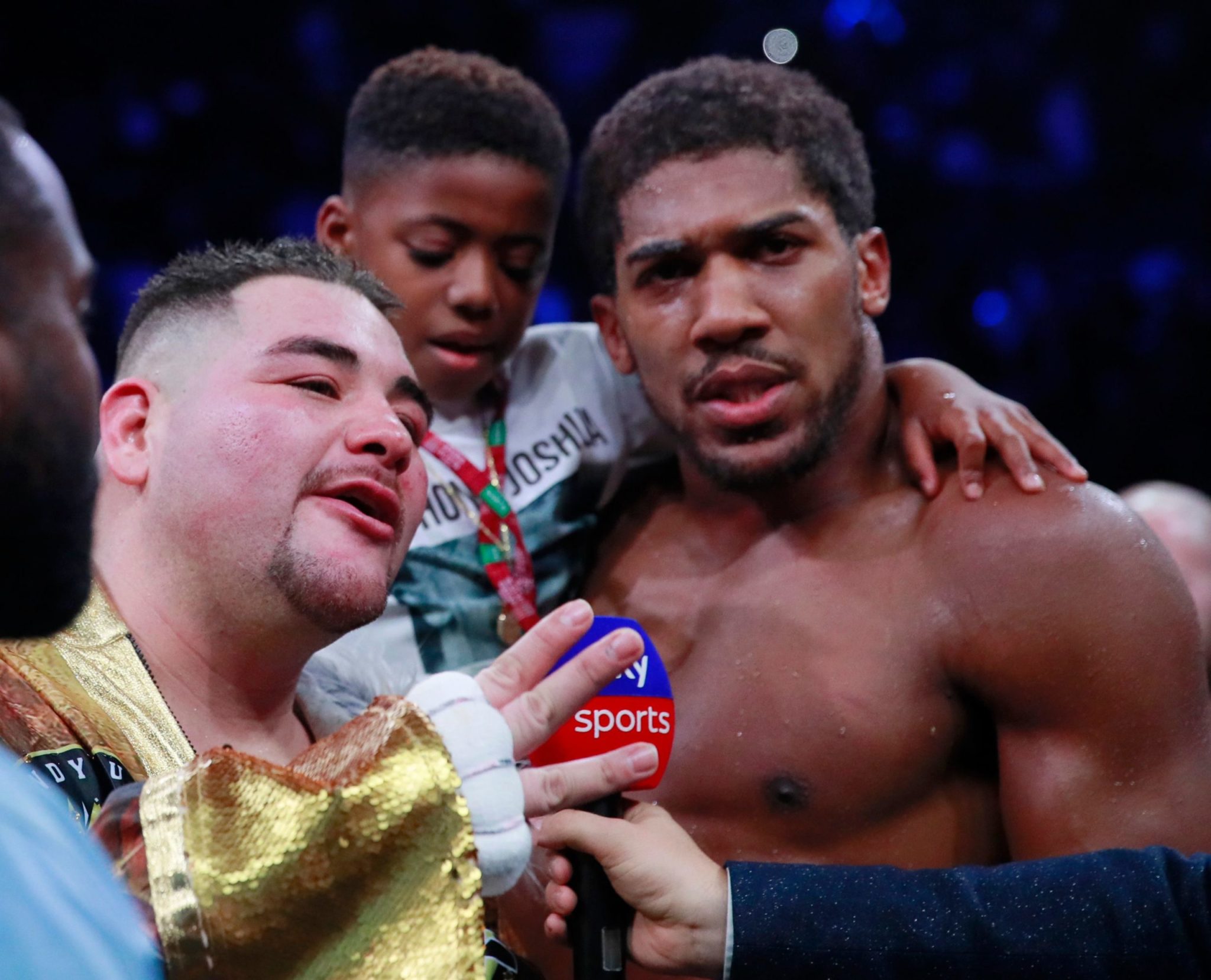 A beaten Andy Ruiz Jr called for a rematch after Anthony Joshua won back an array of world heavyweight titles in Saudi Arabia on Sunday, but the Mexican-American cannot expect to be at the front of the queue.

“Who wants to see the third trilogy fight right here? In Saudi Arabia baby,” Ruiz called out to the crowd at the Diriyah arena.

Joshua had sounded receptive to the idea – “if you heard, we’re going to do it a third,” he said – but promoter Eddie Hearn would not be drawn after a bout won clinically on a unanimous points decision against a flabby-looking opponent.

“The future plans are to celebrate, and to celebrate hard,” Hearn told a post-fight interviewer.

“Tonight’s about celebrating. We’ll do what he wants to do. He’s always wanted to be undisputed. People listen to rubbish people talk, we said we’re not going to talk about any other fights, and we’re not even going to do it now.”


The big men that Joshua needs to beat to really burnish his re-established reputation as a two-times world champion with the WBO, IBF, WBA and IBO belts to defend are elsewhere.

In the near term, unbeaten Ukrainian Oleksandr Usyk could be the next opponent after the WBO said a mandatory challenge had to take place before June 4 or the title would be declared vacant.

The IBF’s mandatory challenger is Bulgarian Kubrat Pulev and he had been scheduled to fight Joshua in 2017 before withdrawing with a shoulder injury.

Had he beaten Joshua in the rematch, Ruiz had planned to fight Pulev next.

Ultimately Deontay Wilder, the WBC champion who holds the only meaningful belt outside the Briton’s possession, would be an obvious target but boxing politics means that remains some way off.

A fight between the two champions has been long sought but talks have gone nowhere with plenty of recrimination and posturing.

The other big payday would be a showdown with fellow Briton and former champion Tyson Fury, the “Gypsy King”, who is due to have a rematch with Wilder in February after their last clash ended in a draw.

That could also become a trilogy, with Fury committed to more fights in America.

“Whatever I can do, I will. If that is fighting the other top fighters in the division, then so be it,” Joshua said after Sunday’s victory.

“I’ve united four. It’s hard to keep and unite them. We will see what happens.”