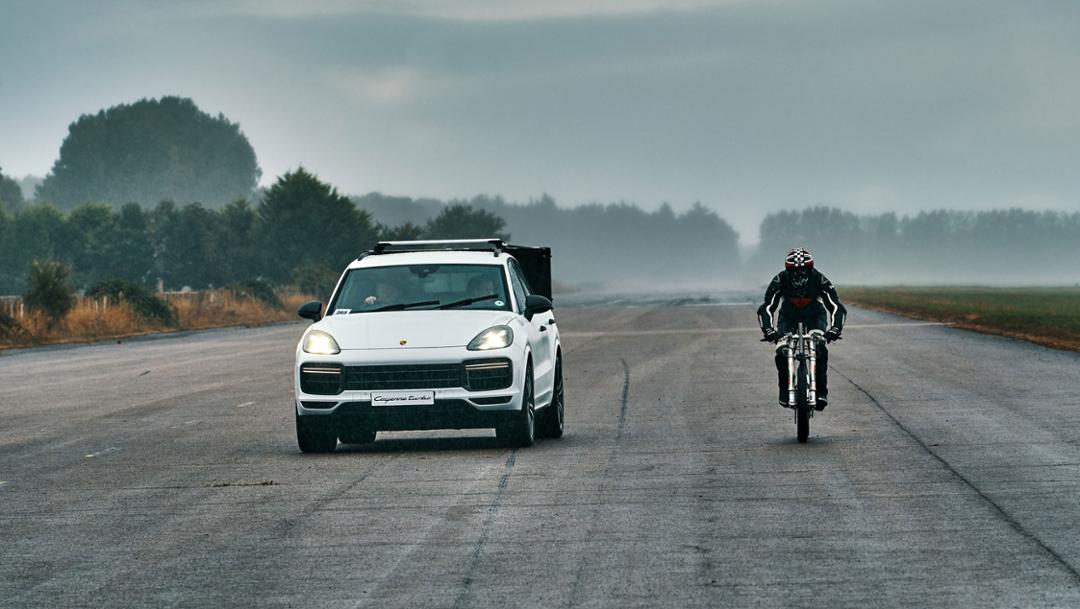 British cyclist Neil Campbell has hit a speed record of more than 174mph to become the fastest man on bike with his pulsating ride at Elvington Airfield in North Yorkshire.

Campbell undertook the attempt on Saturday using a 15,000 pounds ($18,175.50) custom-built bike, which was pulled to speed by a Porsche Cayenne before being released on the runway, allowing the cyclist to break the record on his own steam.


Campbell, who works as an architect in Essex, has said his next challenge will be to reach 220mph next year on a six-mile track at the Bonneville Salt Flats in Utah.

“We think we can go supersonic… we’ve got the bike, we’ve got the team, we looking at options with the car so you know, let’s do it.”