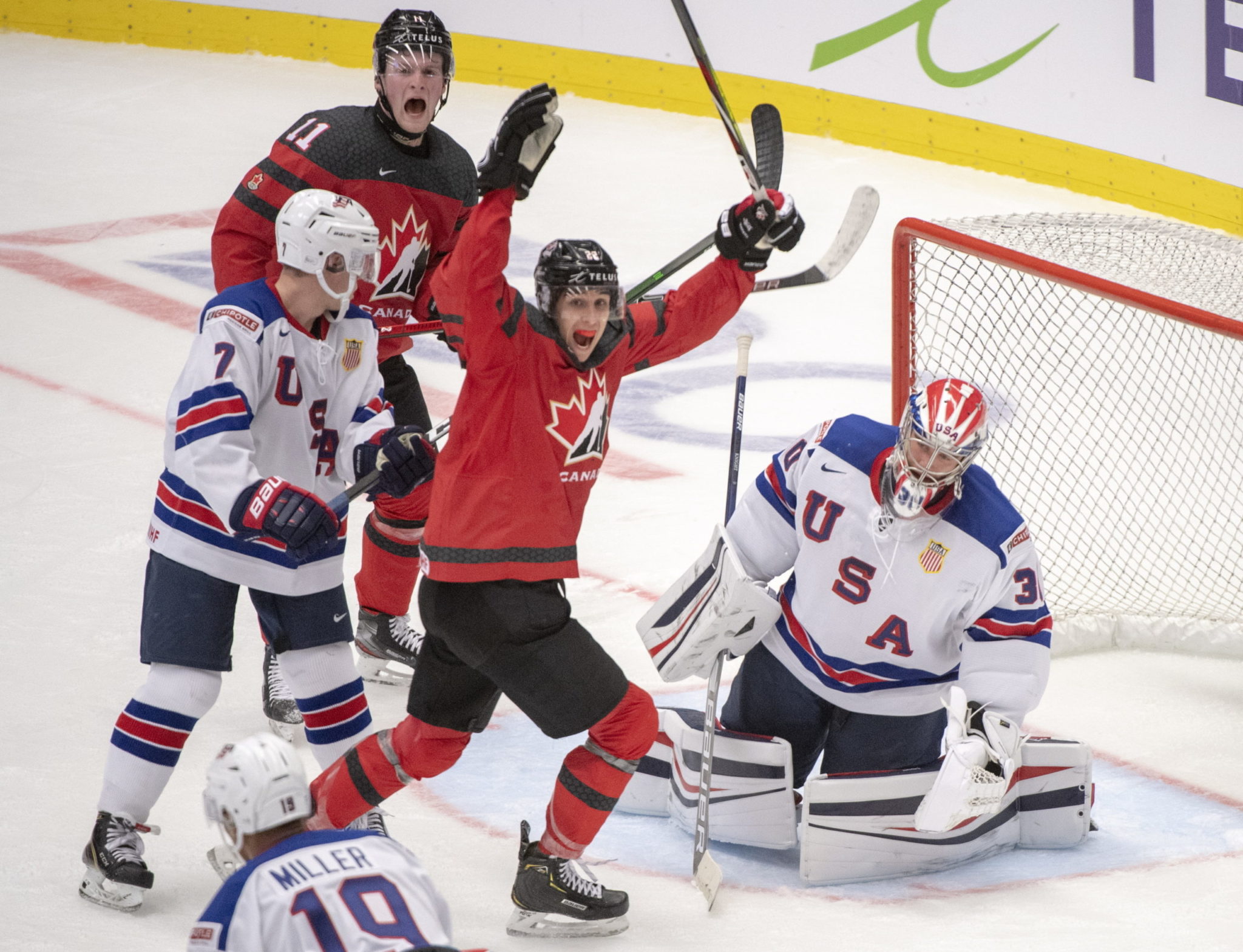 Alexis Lafreniere gave Canada a 5-4 lead with 3:11 left, just 7 seconds after Shane Pinto tied it for the U.S.

“We just tried to keep it simple and get pucks to the net,” said Lafreniere, , the projected No. 1 pick in the NHL draft. “I think that worked out pretty good. Our power play was good. We’ve got to keep working, keep getting better.”


“He’s an amazing player,” McMichael said about Lafreniere. “The way he carried the team today and did the things he did was incredible. We’re obviously happy to have him.”

“It’s one game,” said Pinto, a second-round pick of the Ottawa Senators. “It’s the beginning of the tournament, so we’ve just got to have a positive mindset.”

In the other Group B game, the host Czech Republic beat Russia 4-3.

Jan Jenik had a goal and an assist for the Czech Republic. Simon Kubicek, Jan Mysak and Matej Blumel also scored and Lukas Dostal made 33 saves. Yego Zamula scored twice for Russia.

In Group A in Trinec, Sweden beat Finland 3-2 in overtime and Switzerland topped Kazakhstan 5-3.

Alexander Holtz scored in overtime for Sweden after Nils Hoglander had a lacrosse-style goal from behind the net in regulation. Samuel Fagemo also scored, and Hugo Alnefelt made 23 saves.

“It feels incredible,” Holtz said. “I got a great pass from Jonatan Berggren, so I just tried to pick the corner and it went in.”

Patrik Puistola and Kristian Tanus scored for Finalnd, and Justus Annunen made 45 saves.