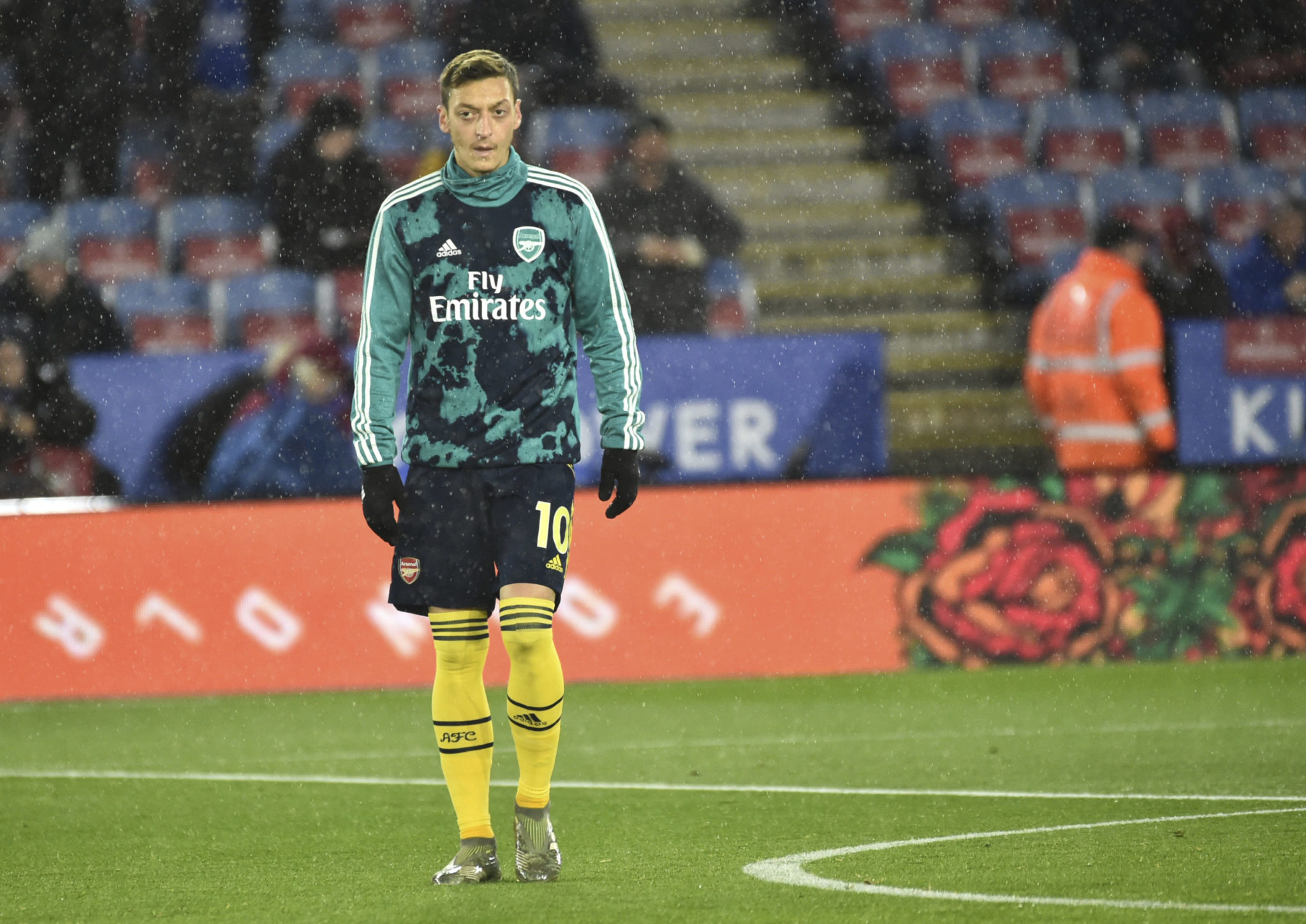 Ozil added to condemnation of the detention of more than 1 million Uighurs and other minorities in so-called reeducation camps in China’s northwestern region of Xinjiang, where they are subjected to political indoctrination, torture, beatings, and food deprivation, as well as denial of religious and linguistic freedom.

A social media post from Ozil on Friday denounced China for burning Qurans, closing mosques and the killing of religious scholars. The Arsenal player complained that “Muslims stay quiet.”

The Chinese Football Association expressed “great indignation and disappointment” at Ozil’s comments, according to the Global Times newspaper published by the ruling Communist Party.


China’s government increasingly uses the threat of loss of access to the country’s growing market as leverage to try to control what companies, universities and others say or do abroad about political issues.

China is the Premier League’s most lucrative overseas broadcast market, with the rights sold for $700 million in the 2019-2022 cycle.

Ozil started Sunday’s game that was due to be broadcast live by the sports channel of Chinese state television before being canceled, according to the channel’s schedule app and social media account. It was due to be replaced with a recording of Tottenham’s 2-1 victory over Wolverhampton from earlier Sunday. A feed of Arsenal’s match also was canceled by streaming service PPTV.com.

Arsenal distanced itself from Ozil’s comments in a post on Chinese social media network Weibo.

“The content he expressed is entirely Ozil’s personal opinion,” the north London club said. “As a football club, Arsenal always adheres to the principle of not being involved in politics.”

Arsenal will be hoping to avoid the backlash faced by the Houston Rockets earlier this year after the NBA team’s general manager, Daryl Morey, tweeted support for anti-government protesters in Hong Kong, angering fans and officials in China.

The tweet was deleted soon after it was posted, and Rockets owner and billionaire casino and restaurant owner Tilman Fertitta quickly rebuked his GM with a tweet saying that Morey does not speak for the team.

The tweet caused some Chinese corporations to suspend relationships with the NBA.

There is a growing a backlash in China against Ozil, who is Muslim of Turkish descent.


“I think he is very wrong,” lawyer Chen Wangshu said in Beijing. “As a sportsman, his most important responsibility is to do his job well, or to play good football.”

In 2018, Ozil quit Germany’s national team following criticism over his decision to pose for a picture with Turkish President Recep Tayyip Erdogan.

“He should be responsible for his career and refrain from making any comment raising and inciting anger in other nations,” Chen said.