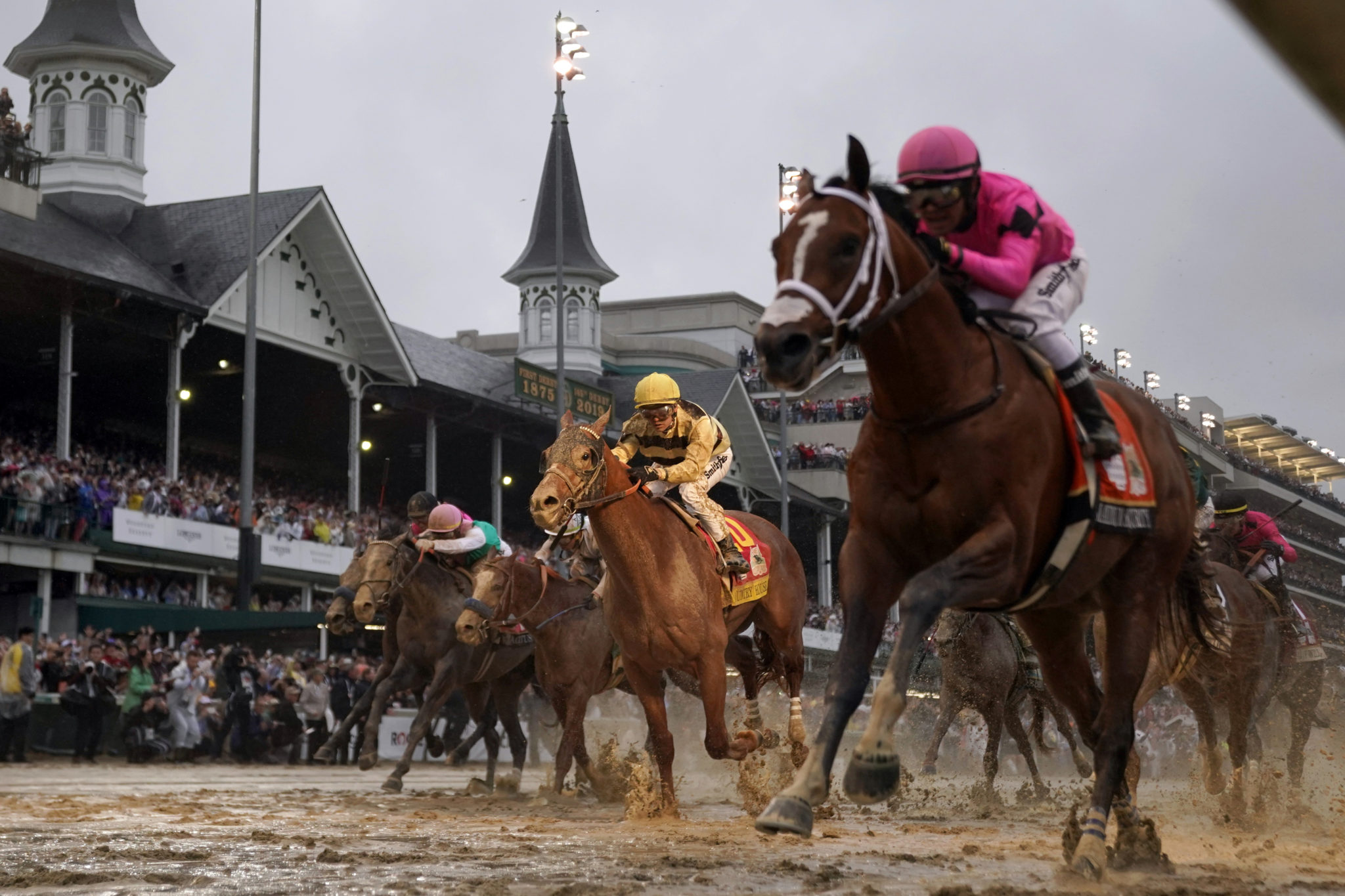 FRANKFORT, Ky. — The home of the Kentucky Derby wants to expand into live winter racing in 2020. If approved by state racing regulators, it means overcoats and hot chocolate could come into vogue at Churchill Downs — where mint juleps and sundresses are in fashion in the spring.

The famed Louisville track’s parent company said it plans to seek approval from the Kentucky Horse Racing Commission to host a winter racing meet in January through March and in December of 2020.

After that, Churchill Downs Inc. said it hopes those thoroughbred racing dates are awarded to a racing and gaming facility the company wants to build in northern Kentucky.

Churchill’s applications means the powerful racing and gaming company is trying to take over racing dates that historically have been awarded to Turfway Park, a racetrack in northern Kentucky.

The request sets the stage for a bitter turf battle.


Turfway Park’s owner, JACK Entertainment, said Friday it will fight Churchill’s efforts to stake a claim to the racing dates.

“We are shocked and thoroughly disappointed by Churchill Downs’ recent attack on Turfway Park, which has been a significant part of the northern Kentucky community for over 60 years,” Mark Dunkeson, Chief Executive Officer of JACK Entertainment, said in a statement.

The company said it’s in the process of selling Turfway to Hard Rock International, which has committed to investing more than $100 million at the track. Dunkeson said the effort to relocate 2020 winter racing dates is part of Churchill’s efforts to restrict competition for its own gain by “interfering” with Turfway’s sale and blocking planned enhancements.

Churchill revealed its plans in a news release late Thursday saying the Louisville-based company has plans to build New Latonia Racing & Gaming, an up to $200 million live and historical racing and year-round training facility in northern Kentucky. The company didn’t specify where it plans to build the proposed facility.

In its release, Churchill characterized the request for 2020 winter racing at its Louisville track as a “critical, short-term measure” to support thoroughbred racing in Kentucky.

Churchill has aggressively tapped into historical racing as a revenue source. The slot-style machines allow people to bet on past horse races. The games typically show video of condensed horse races. Also called instant racing, the machines have proliferated in Kentucky in recent years.

Churchill’s track in Louisville already offers live racing in the spring, in September and later in the fall. The world’s attention turns to Churchill Downs on the first Saturday of each May, when the Kentucky Derby is run — the first leg of the Triple Crown season.

The project’s first phase would include a historical racing facility with up to 1,500 machines, as well as a clubhouse, a 1-mile (1.6-kilometer) synthetic main race track and stabling facilities, it said. It’s projected to create nearly 400 full and part-time jobs. New Latonia is expected to remain open year-round as a training facility. The second phase might include the addition of a hotel, it said.

“Our willingness to make a sizeable investment in the neglected northern Kentucky market is our latest effort to improve Kentucky’s valuable horse racing and agriculture industries,” Flanery said.