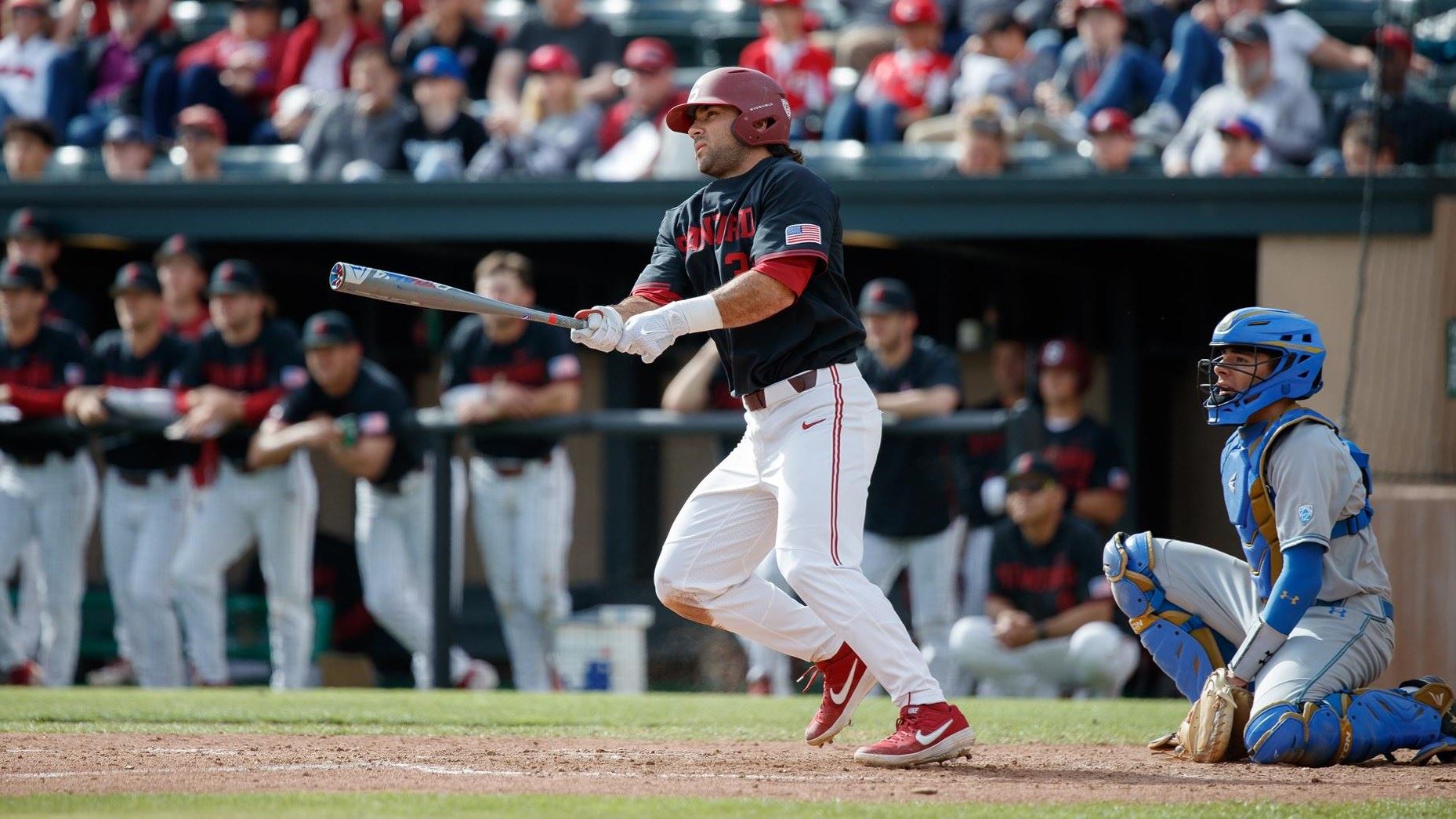 An errant throw on a sacrifice bunt enabled Nevada to score the winning run in the bottom of the 12th inning as the Wolf Park stunned second-ranked Oregon State 8-7 last night before a crowd of 1,347 at Peccole Park in Reno.

Third baseman Nick Bellafronto stroked a sharply hit grounder through the left side of the infield in the bottom of the ninth to drive in the winning run as third-ranked Stanford (28-6) rallied from behind to narrowly defeat visiting Gonzaga 11-10 in a nonconference game yesterday afternoon.

Bellafronto went 3-for-4 at the plate, including belting his first career home run, while driving in three runs in the contest.

The Zags (19-17) scored six runs in the sixth and added another in the seventh and two more in the eighth to take a 10-6 lead before the Cardinal began chipping away at their lead.

Nick Brueser’s first career home run — a two-run blast in the bottom of the eighth — pulled Stanford within 10-8 heading into the dramatic ninth inning.

The program’s previous record was twelve straight victories set in 1984.

Freshman Jorge Arellano, Jr. (3-1) gave up just two hits in six scoreless innings for the tenth-ranked Gauchos. With the scoreless outing, Arellano’s ERA on the season is an impressive 0.47.

It was UCSB’s eleventh road win of the season.

Cal State Bakersfield dropped to 17-25 with the loss.

In the wildest game of the day, the University of San Francisco Dons (24-16) banged out 23 hits in defeating UC Davis by a score of 19-14 yesterday afternoon. Scoring in bunches in each of the first five innings, USF led 19-5 before UC Davis (11-22) mounted a furious comeback in the late innings that ultimately fell short.

The slugfest featured 33 runs, 38 hits and 24 stranded base runners.