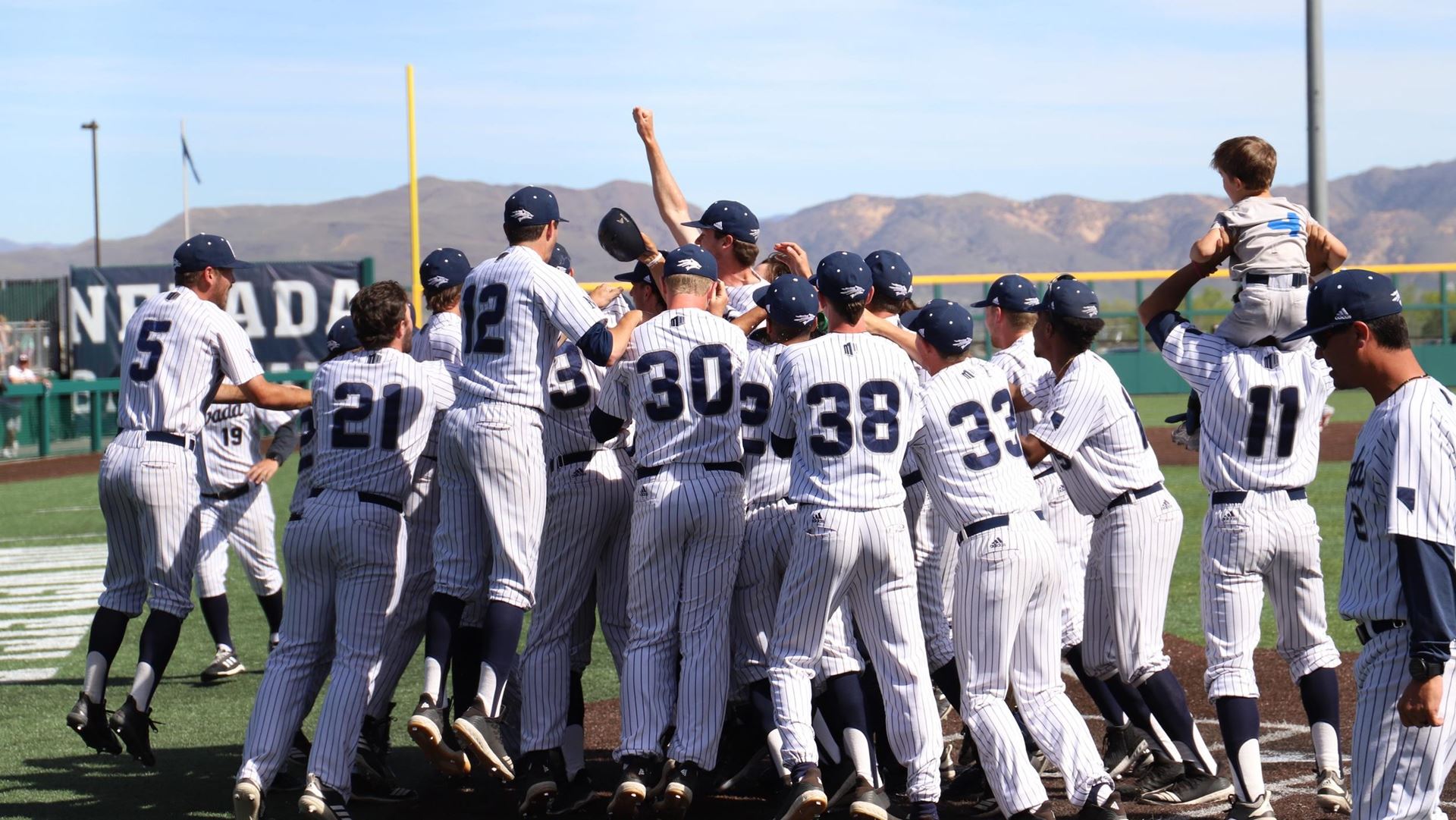 Senior second baseman Keaton Smith blasted a solo home run in the bottom of the tenth inning as Nevada (23-18) defeated defending national champion Oregon State 7-6 yesterday afternoon before a crowd of 1,120 in Reno.

The Wolf Pack, who defeated Oregon State 8-7 in a 12-inning thriller on Monday, swept the two-game series against the second-ranked Beavers. It was Nevada’s seventh win in its last eight outings.

Nevada, which is currently tied with UNLV for fourth place in the increasingly competitive Mountain West Conference, travels to Colorado Springs this weekend for an important three-game conference series with Air Force while Oregon State (28-10-1) returns to Pac-12 action with a three-game home stand against Washington State.

Top-ranked UCLA remained unbeaten in midweek contests by defeating Cal State Fullerton 8-3 on the road last night. With the victory, the Bruins improved to 31-7 while Fullerton fell to 16-20.

Stanford, which has scored 56 runs in its last four games, including a 20-run performance at Oregon on Friday, had five home runs and a half-dozen doubles in the contest.

Catcher Kyle McCann blasted a three-run homer into the upper balcony as No. 11 Georgia Tech (28-13) defeated fourth-ranked Georgia 8-6 at SunTrust Park in Atlanta.

It was the ninth time that the Yellow Jackets, who took two out of three games against the higher-ranked Bulldogs (33-9) this season, have defeated a nationally-ranked team in 2019.

Texas A&M (30-12-1) used the long ball, including a pair of three-run shots, to get past UT-Arlington 10-5 in College Station last night. It was the sixth-ranked Aggies 20th home victory this season.

Seventh-ranked Louisville (32-9) scored in double digits for the fourteenth time this season as the Cardinals clobbered Cincinnati 12-0 in a nonconference game at Cincinnati’s Marge Schott Stadium.

It was the third straight loss for the Bearcats, who dropped to 18-22 on the season.

Freshman right-hander Jack Perkins (3-0), who pitched three scoreless innings in his first collegiate start, was credited with the victory for Louisville.

No. 8 Arkansas (31-10) exploded for nineteen runs and as many hits, including a season-high five home runs, in routing visiting Northwestern State 19-2 in a rain-shortened game in Fayetteville on Tuesday night. It was the sixth consecutive victory for the Razorbacks.