With Tuesday’s upsets in mind, college baseball returns to normalcy 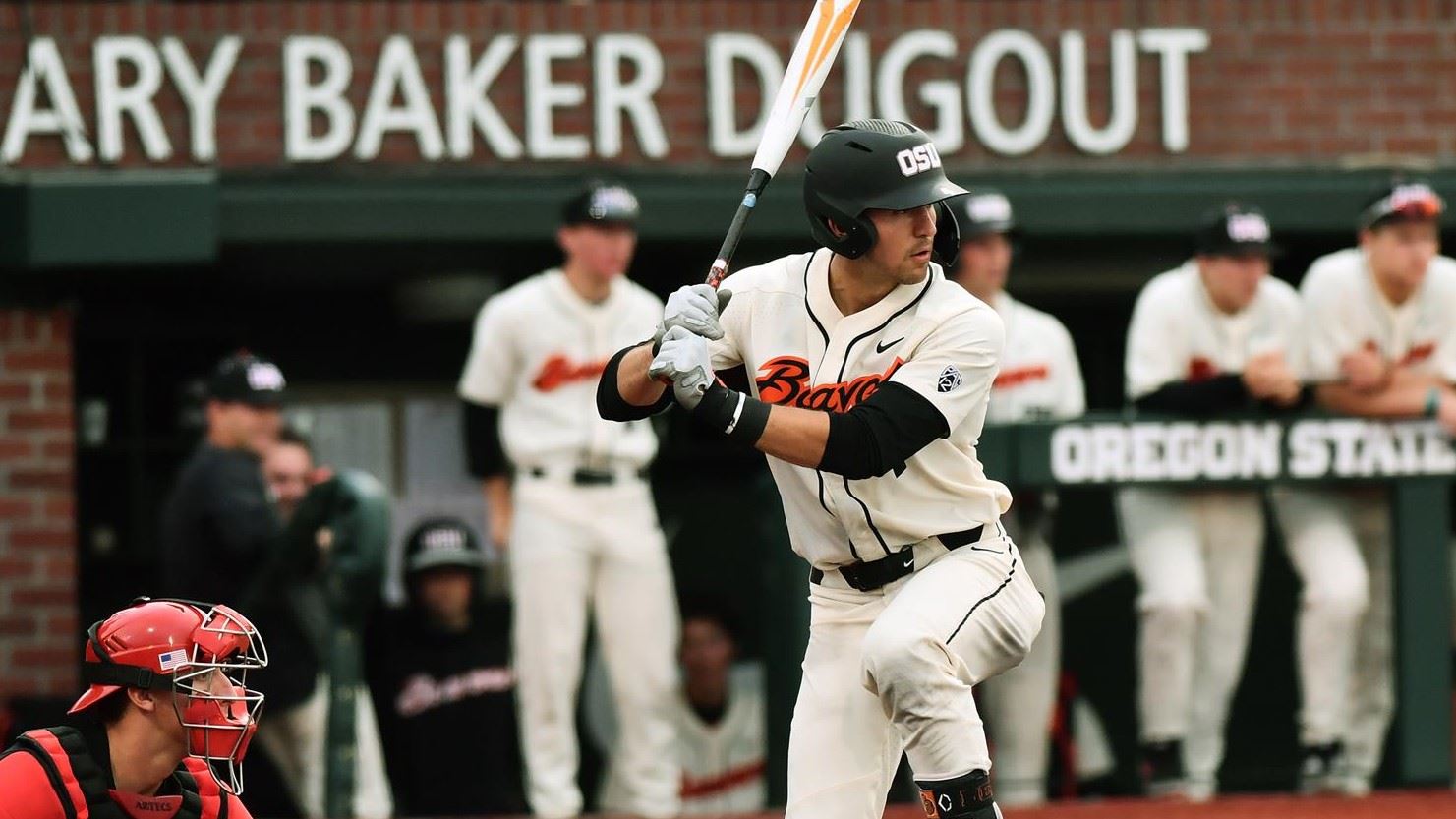 In what can only be described as a terrible Tuesday for some of the country’s nationally-ranked clubs, teams in the Top 25 fared much better yesterday as all but two of them avoided an upset loss.

A day earlier, struggling North Alabama (6-21) stunned 18th-ranked Ole Miss 10-6, No. 6 Oregon State lost to San Diego State, fourteenth-ranked Arkansas was trounced by Arkansas-Little Rock 17-7, Oklahoma State, the country’s 24th-ranked team, fell to Central Arkansas 8-4, No. 22 Connecticut was clobbered 10-3 by lowly Fairfield, and — to cap it all off — No. 7 Arizona State was drubbed by 4-23 Long Beach State, a team off to one of the worst starts in the school’s history, 14-9 in a lopsided contest in which the Sun Devils had to stage a furious rally in the last innings just to make the final score look kind of respectable.

Things went much smoother for the nationally-ranked teams yesterday as sixth-ranked Oregon State, the defending national champion, exacted revenge on San Diego State (16-13) with an 8-1 rout of the Aztecs. Five separate pitchers limited San Diego State to three hits in Corvallis as the Beavers improved to 20-6-1.

Eighth-ranked Mississippi State (25-5) barely broke a sweat in mauling UL-Monroe 21-8. The Bulldogs used a seven-run first inning and pounded out nineteen hits in the contest while scoring fifteen or more runs for the seventh time this season. The Warhawks dropped to 11-18 on the season.

No. 11 East Carolina (22-6) won its tenth consecutive game by defeating Duke 6-1 before a season-high crowd of 4,744 Wednesday night at Clark-LeClair Stadium in Greenville, North Carolina. Pirate pitchers struck out a dozen Blue Devils in the game. With the loss — the sixth in its last seven outings — Duke dropped to 14-15 on the year.

Sophomore right-hander Trent Vietmeier (2-0), who allowed only two hits in two innings of relief pitching, was credited with the win as thirteenth-ranked LSU (21-9) blanked South Alabama 2-0. The Tigers broke open a scoreless game in the bottom of the seventh on an infield single by Antoine Duplantis and added a run in the eighth on a wild pitch. It was the second shutout recorded by LSU in as many days. LSU defeated Grambling 9-0 on Tuesday night.

Putting Tuesday’s embarrassing 10-3 loss to Fairfield behind them, the 22nd-ranked Connecticut Huskies, playing at home for only the fourth time this season, drubbed UMass-Lowell 9-4 yesterday afternoon to improve to 18-10 overall. Colby Dunlop (4-2), a right-handed sophomore from Dover Plains, New York, picked up the victory for UConn.

Seventeenth-ranked Texas Tech (19-8) and No. 19 Coastal Carolina were the only nationally-ranked teams to come up on the short end yesterday. The Red Raiders blew an 8-2 third-inning lead to New Mexico (15-14) while succumbing to the Lobos 12-9 in Albuquerque while Coastal Carolina (20-10-1) lost to previously 25th-ranked Illinois (19-8) for the second straight time, dropping a 4-1 contest to the Fighting Illini in Champaign.