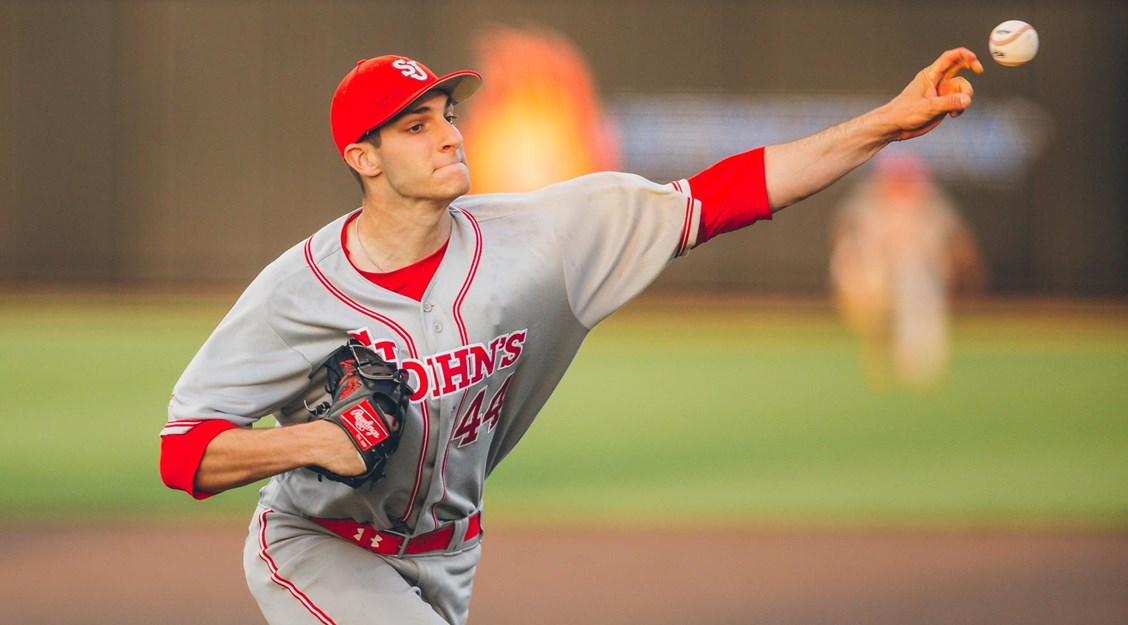 Looking for its 38th NCAA Tournament appearance and fourth in the past five years, St. John’s (N.Y.) suffered its first setback in the Big East tournament in a thrilling and record-breaking 17-13 loss to top-seeded Creighton (37-11) last night in a spectacular offensive barrage at Prasco Park in Mason, Ohio.

A slew of Big East records were set in the game, including the most runs scored in tournament history.

The six home runs crushed by Creighton hitters, including two deep blasts by sophomore catcher David Vilches, in the high-scoring affair also eclipsed the old record of five homers, shared by both UConn and Notre Dame in 1990 and 2005, respectively.

Vilches also set a new Big East tournament record by driving in an eye-popping seven runs in the contest.

Other team records fell as the Bluejays recorded 39 total bases, shattering the league’s old record of 33 set by Rutgers against Connecticut in 2010, and the combined 66 total bases by both clubs eclipsed the previous record of 58 set in the aforementioned Rutgers-UConn game — an 11-10 ten-inning, 38-hit slugfest won by Connecticut.

St. John’s (31-22) got on the board first in last night’s game with three runs in the top of the first inning, but Creighton scored four in the bottom half of the inning and added five more in the second to take a commanding 9-3 lead.

The Red Storm, however, chipped away at the lead, plating four runs in the third, one in the fourth on a solo home run by outfielder Mike Antico, who had a record-tying five hits in the game, and added three more in the fifth to take a brief 11-9 lead before the Bluejays responded with 7 runs in the bottom of the fifth to comfortably regain the lead at 16-11.

St. John’s threatened in the late innings, but stranded several runners and couldn’t get any closer than 16-13.

St. John’s, which has one of the most storied college baseball programs in the northeast and has appeared in the College World Series on six occasions — most recently in 1980 — will play Xavier (26-30), which squeaked by Seton Hall 2-1 yesterday, in an elimination game at 1 p.m. today with the winner advancing to the championship game against Creighton at 6 p.m.

Creighton, which has won seven straight games, took two of out of three games against St. John’s during the regular season.