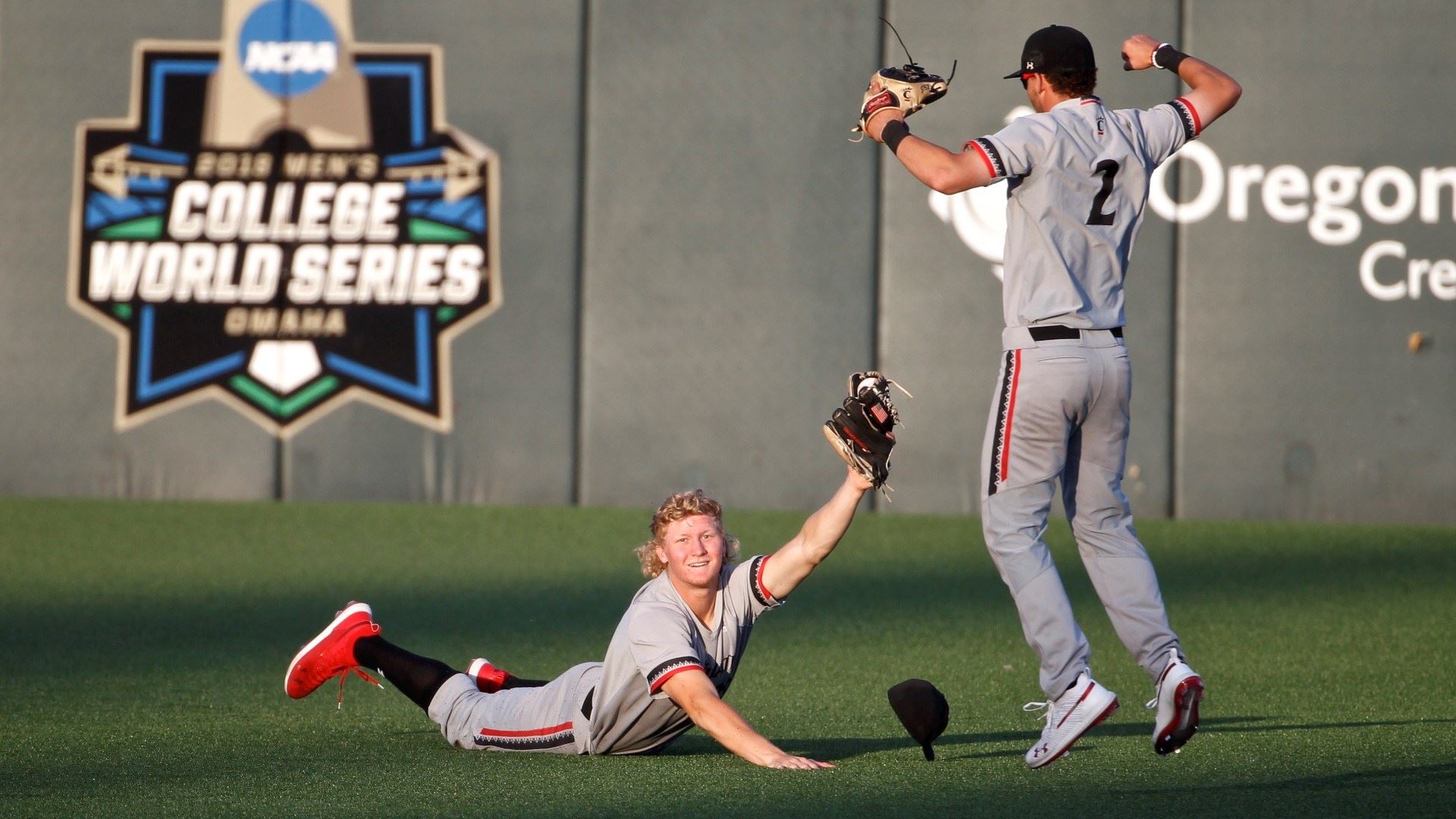 The fourth-seeded Cincinnati Bearcats, who entered the NCAA Tournament only one game above .500, stunned top-seeded Oregon State 7-6 last night at Goss Stadium in the Corvallis Regional.

It was the biggest shocker of the day.

Oregon State, the defending national champion, was the first — and only — No. 1 seed in any of the nation’s sixteen regionals to go down to defeat in its opening game yesterday.

Playing in its first NCAA Tournament since 1974, Cincinnati’s A. J. Bumpass drilled a run-scoring triple in the top of the pressure-packed ninth inning to give the Bearcats the lead — and, ultimately, the victory.

Bumpass, a senior outfielder from North Carolina, was a phenomenal 5-for-5 at the plate with a game-high 3 RBIs.

Cincinnati (31-29) will meet Michigan (42-18), another surprise winner yesterday, in the winner’s bracket this evening at 10 p.m., Eastern Time.

Designated-hitter Jordan Nwogu, first baseman Jimmy Kerr and right-fielder Christian Bullock each homered for the Wolverines in the mild upset of the Big East champions.

Bullock and Nwogu each had two of Michigan’s ten hits in the contest.

Creighton (38-12) will face host Oregon State in a do-or-die game for both teams in the double-elimination regional this afternoon.