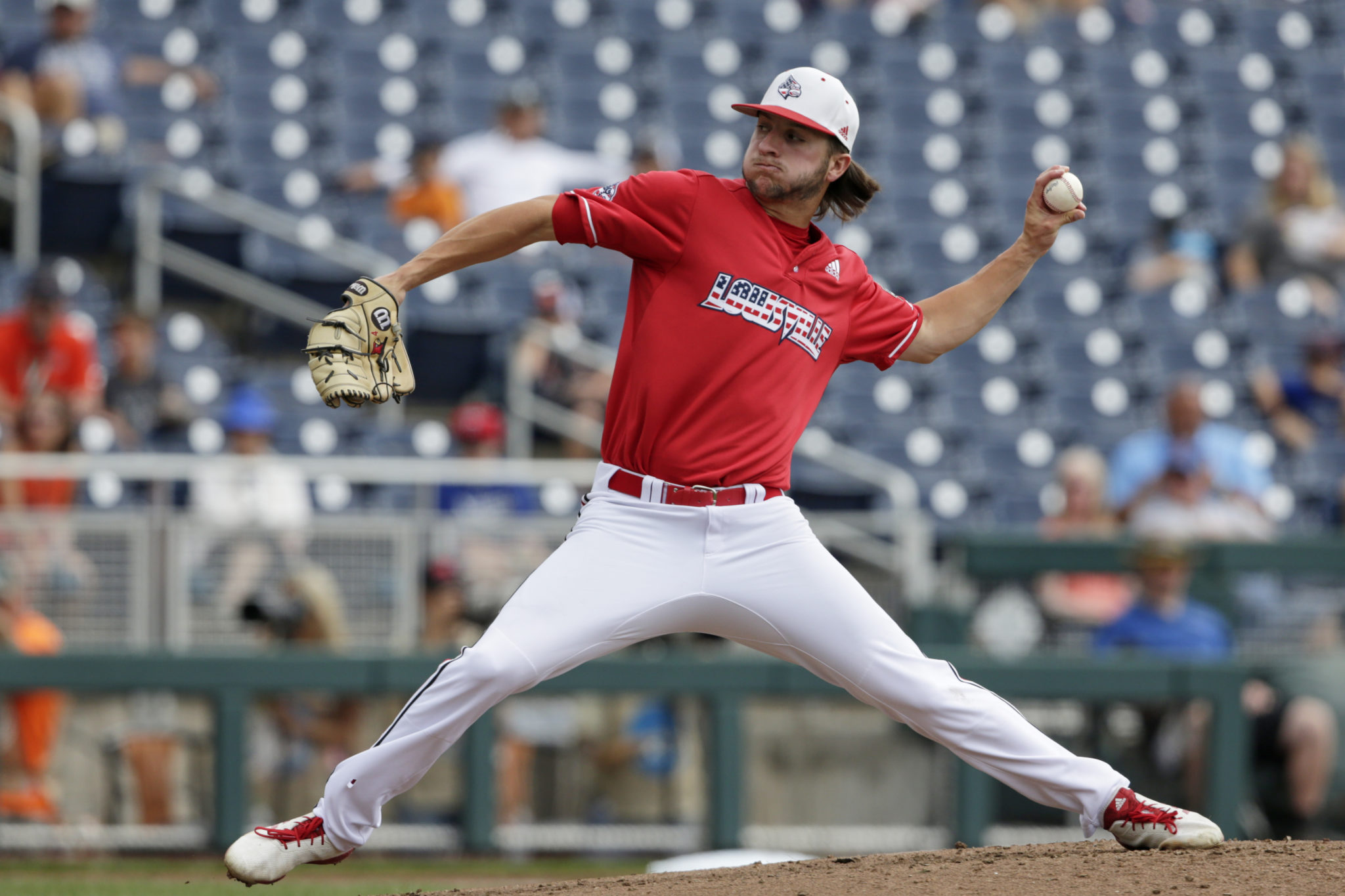 OMAHA, Neb. — Two Louisville relievers survived anxious moments to hold Auburn to two runs over five innings and the Cardinals eliminated the Tigers from the College World Series with a 5-3 win Wednesday, completing a game suspended by rain one day earlier.

Louisville led 4-1 when the game was suspended after four innings Tuesday.

It was 5-2 in the eighth when the Tigers mounted their biggest threat against closer Michael McAvene, who took over for Adam Elliott (3-2) to start the seventh inning.

The bottom of Auburn’s order produced three straight singles to load the bases with two outs, and McAvene ran the count full against leadoff man Judd Ward. But Ward swung and missed on a 96-mph fastball on the outside half of the plate and finished 0 for 10 in the CWS.

Michael Kirian came on in the ninth and gave up Conor Davis’ one-out home run off the top of the fence in left center, cutting the lead to two. Steven Williams hit a two-out double into the right-field corner before Kirian struck out Rankin Woley to end the game and record his fifth save.

Louisville’s first four runs came before play was suspended. Tyler Fitzgerald homered in the first, and the Cardinals converted one hit, three walks and two errors into three runs in the fourth against Bailey Horn (4-2) and Elliott Anderson.

Louisville saved a run in the third inning when right fielder Drew Campbell made a perfect throw to the plate to nail Holland trying to score from second on Williams’ base hit.

Once the teams returned Wednesday, Davis’ two-out RBI double got Auburn within 4-2 in the seventh. The Cardinals got back that run the next inning on Campbell’s base hit with none out. The Tigers escaped further damage when Justin Lavey popped out trying to bunt, Ryan Watson picked off pinch runner Trey Leonard at second and Henry Davis struck out.

Louisville plays another elimination game Thursday against the loser of the Wednesday game between Vanderbilt and Mississippi State.