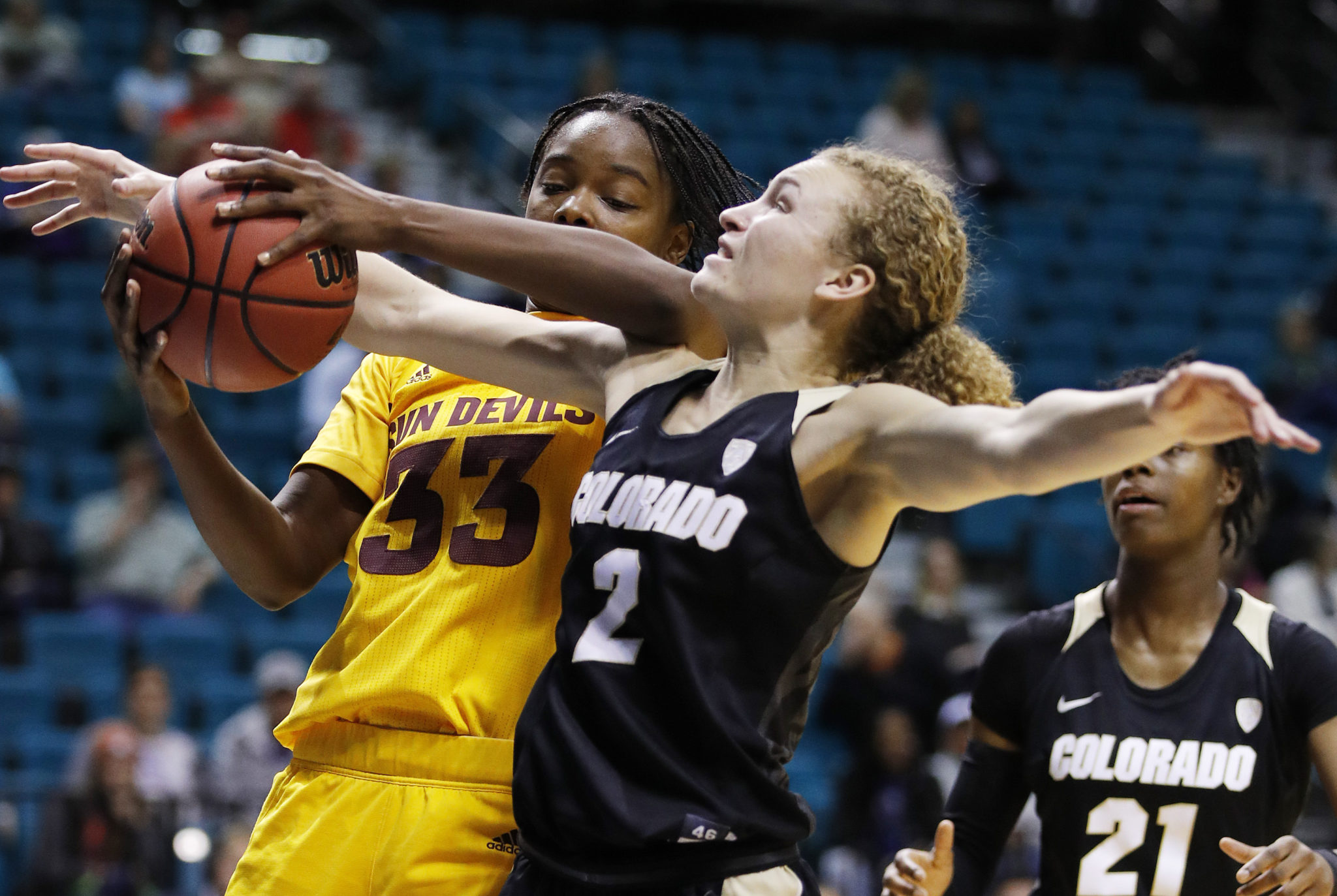 Arizona State's Charnea Johnson-Chapman (33) and Colorado's Alexis Robinson (2) vie for a rebound during the second half of an NCAA college basketball game at the Pac-12 women's tournament Thursday, March 7, 2019, in Las Vegas. (AP Photo/John Locher)

LAS VEGAS — Courtney Ekmark scored 18 points and No. 20 Arizona State used a run at the start of the fourth quarter to pull away from Colorado and win 66-49 on Thursday in the opening round of the Pac-12 Tournament.

Ekmark hit six 3-pointers for the Sun Devils (20-9), who will play UCLA on Friday in the quarterfinals.

Fifth-seeded Arizona State led by 12 at the half, but 12-seed Colorado (12-18) rallied to within a point in the third quarter after scoring the first seven points of the period. Charnea Johnson-Chapman’s putback before the buzzer gave the Sun Devils some momentum heading into the final period. Ekmark hit a 3-pointer to begin an 11-2 burst that restored the double-digit advantage.

The Buffaloes could get no closer than 10 the rest of the way.

It was easy to see that it was going to be Arizona State’s day. Before the game, the Arizona State mascot, Sparky, hit a halfcourt shot over its head looking at the other basket, much to the delight of the hundreds of school kids in attendance.