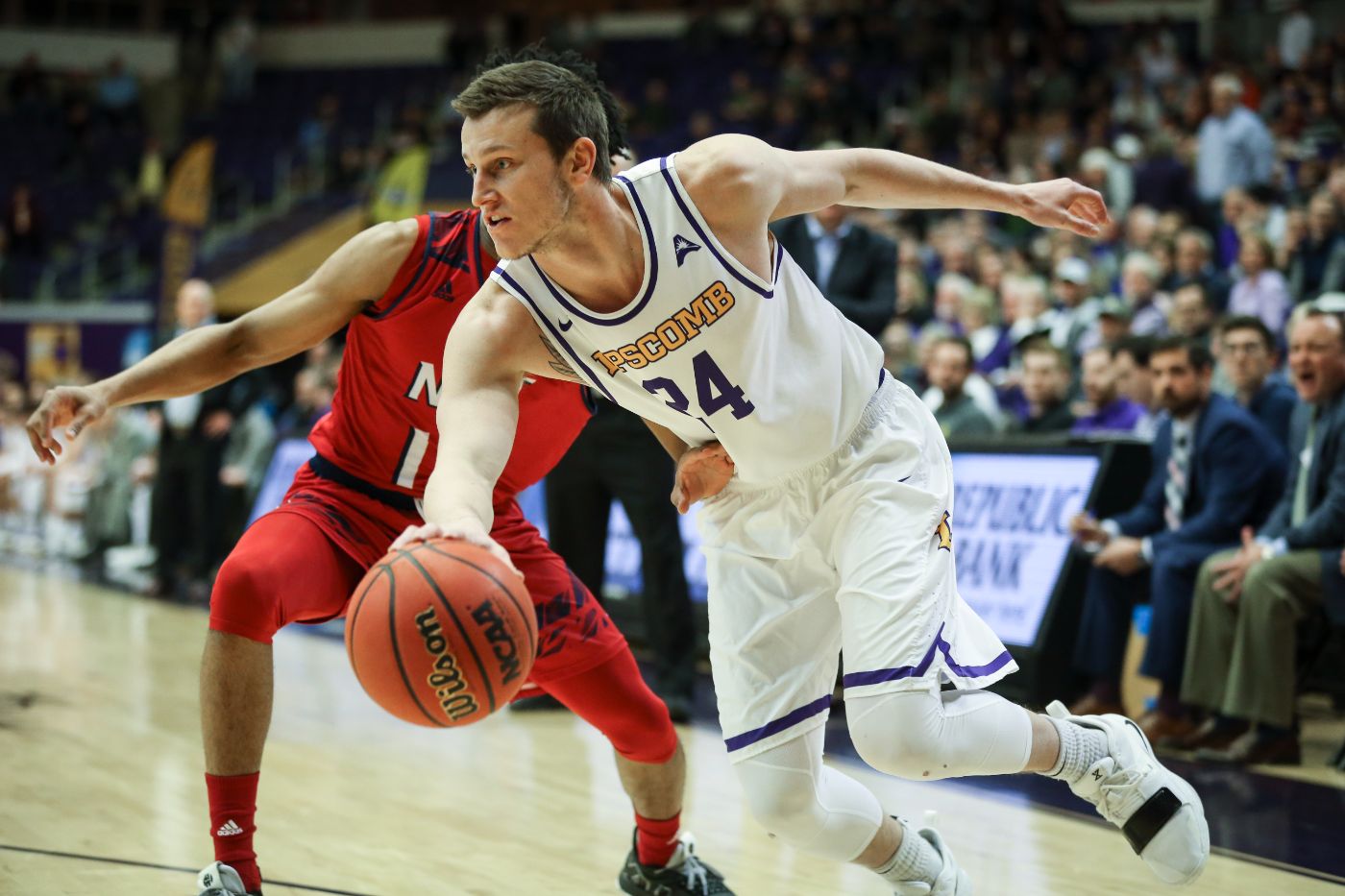 Garrison Mathews, the A-Sun Player of the Year, hit a sizzling six of his first seven field goal attempts in leading Lipscomb to a relatively easy 78-55 victory over NJIT in last night’s semifinal game at the Allen Arena in Nashville. Mathews, a 6-5 senior guard, led all scorers with 22 points. The visiting red-clad Highlanders kept the game close throughout most of the first half, but back-to-back buckets from beyond the arc by senior Matt Rose gave Lipscomb a relatively comfortable 48-37 lead at the intermission.

Amazingly, NJIT (21-12) only scored eighteen points in the second half as the defending A-Sun champions clamped down defensively, limiting Zach Cooks and Abdul Wilson — the team’s leading scorers — to a combined 17 points on the night. The Highlanders had scored 77 points against Lipscomb in their last meeting on February 25th.

NJIT turned the ball over 22 times. “It was the best defense we have played in a while,” said six-year coach Casey Alexander, who is hoping to lead the Bisons to their second straight NCAA Tournament. “We’ve struggled at times the last few weeks on that side of the ball, but tonight was back to normal.”

Dominating inside the paint, Liberty (27-6) defeated stubborn UNF, the league’s third seed, 71-63 in the A-Sun’s other semifinal game played at the multi-purpose Vines Center in Lynchburg. Liberty outscored North Florida 40-14 inside the paint. Scottie James led the Flames with 24 points and 9 rebounds while the foul-plagued Ospreys (16-17) were led by Garrett Sams, who scored 22 points, including six treys.

The victory was Liberty’s ninth in its past ten games and seventeenth in its last nineteen outings.

For the second year in a row, Liberty will be playing in a conference championship game. Last year — their final season in the Big South — the Flames lost narrowly to Radford after defeating Campbell and UNC-Asheville to advance to the title game in that conference.

Sunday’s matchup between Liberty and Lipscomb will be a “rubber” match between the two teams as Lipscomb defeated Liberty by twenty points in Lynchburg while Ritchie McKay’s Flames returned the favor with a 74-66 victory in Nashville.