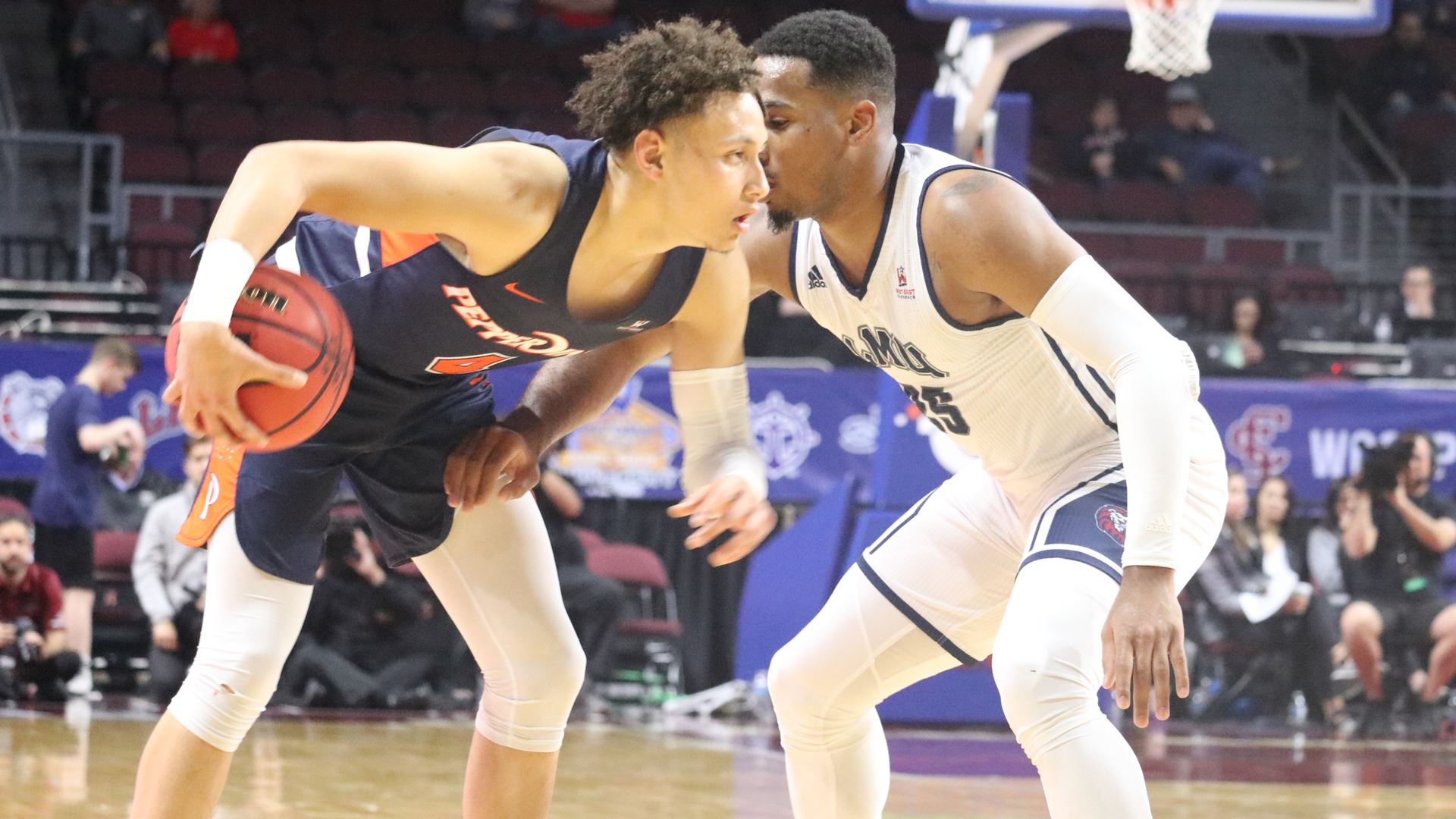 Erasing a 12-point deficit in upending Pacific 61-53 in its opening round game on Thursday night, eighth-seeded Pepperdine (15-17) rallied from eleven points behind in the second half last night to stun No. 5 seed Loyola Marymount 68-65 and advance to the quarterfinals of the West Coast Conference tournament at the Orleans Arena in Las Vegas.

In a drama-packed game worthy of March Madness, Colbey Ross’ 3-pointer with 31 seconds remaining lifted lowly Pepperdine — a team that won only six games a year ago — to its second tournament victory in as many days.

Colbey’s heroics also sent the Waves into tonight’s quarterfinal game against fourth-seeded San Francisco (21-9), which received a double-bye in the conference tournament. The Dons, who were an impressive 21-6 two weeks ago before dropping their last three regular season games, defeated Pepperdine in both of their meetings earlier this year.

“We lost to them twice, and they’re a good team, but we’re not playing with any fear right now,” said Ross, a 6-1 sophomore who averages 19.1 points and an eye-opening 7.1 assists per game — fifth best in the nation. “We’ve played two games here already, and we know what it’s about.”

Isaiah Wright scored 23 points and dished off eight assists as the University of San Diego (20-13) also prevailed for the second time in as many nights by defeating Santa Clara 62-45.

The Toreros, who are probably one of the few seven seeds in any conference in the country with twenty wins under its belt, will face third-seeded BYU (19-12) later tonight. The Cougars, who defeated San Diego 87-73 at the Marriott Center in Provo last Saturday, won both regular season matchups between the two teams.

The winner of tonight’s Pepperdine-San Francisco game will play top-seeded Gonzaga and the survivor of the San Diego-BYU contest will face second-seeded St. Mary’s. Both of those games are slated for Monday evening.