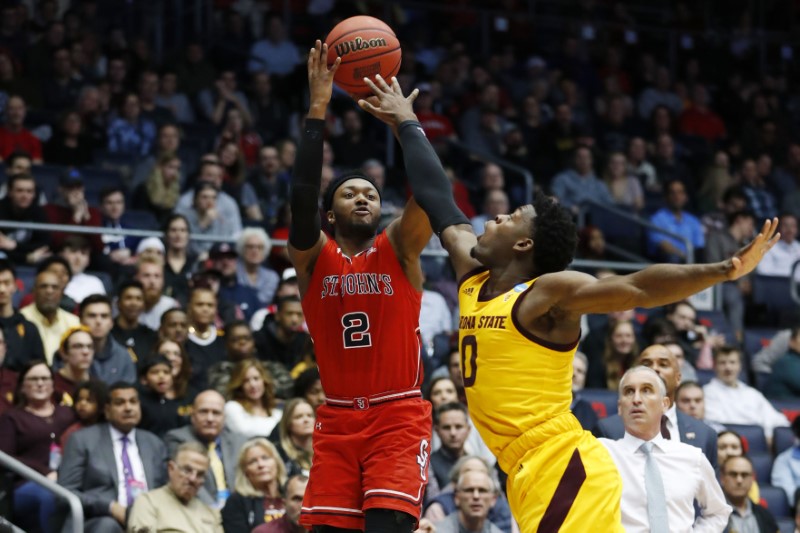 Ponds said that he will hire an agent. That will prohibit him from later deciding to return to school.

“We fully support Shamorie’s decision to pursue his professional goals,” Red Storm coach Chris Mullin said in a statement. “Shamorie enjoyed one of the greatest careers in the history of our basketball program. It has been a true honor to coach him for the past three years and to watch him develop as a player and a person. We wish Shamorie nothing but the best as he chases his dreams.”

Ponds finished his career as the fifth-leading scorer in school history with 1,870 career points. He averaged 19.7 points, 5.1 assists and 2.6 steals this past season.

“Playing for St. John’s has been nothing but amazing for me,” Ponds said in a statement. “Coming to St. John’s was one of the best decisions of my life.”

Ponds’ 225 steals rank second in school history and his 413 career assists rank sixth. He joins Mullin (1981-85) as the only St. John’s players to rank in the top 10 in scoring, assists and steals.

Mullin, a Naismith Basketball Hall of Famer, holds the school record of 2,440 points, is fourth with 213 steals and ranks fifth with 449 assists.