ACC waits to see who steps into basketball spotlight 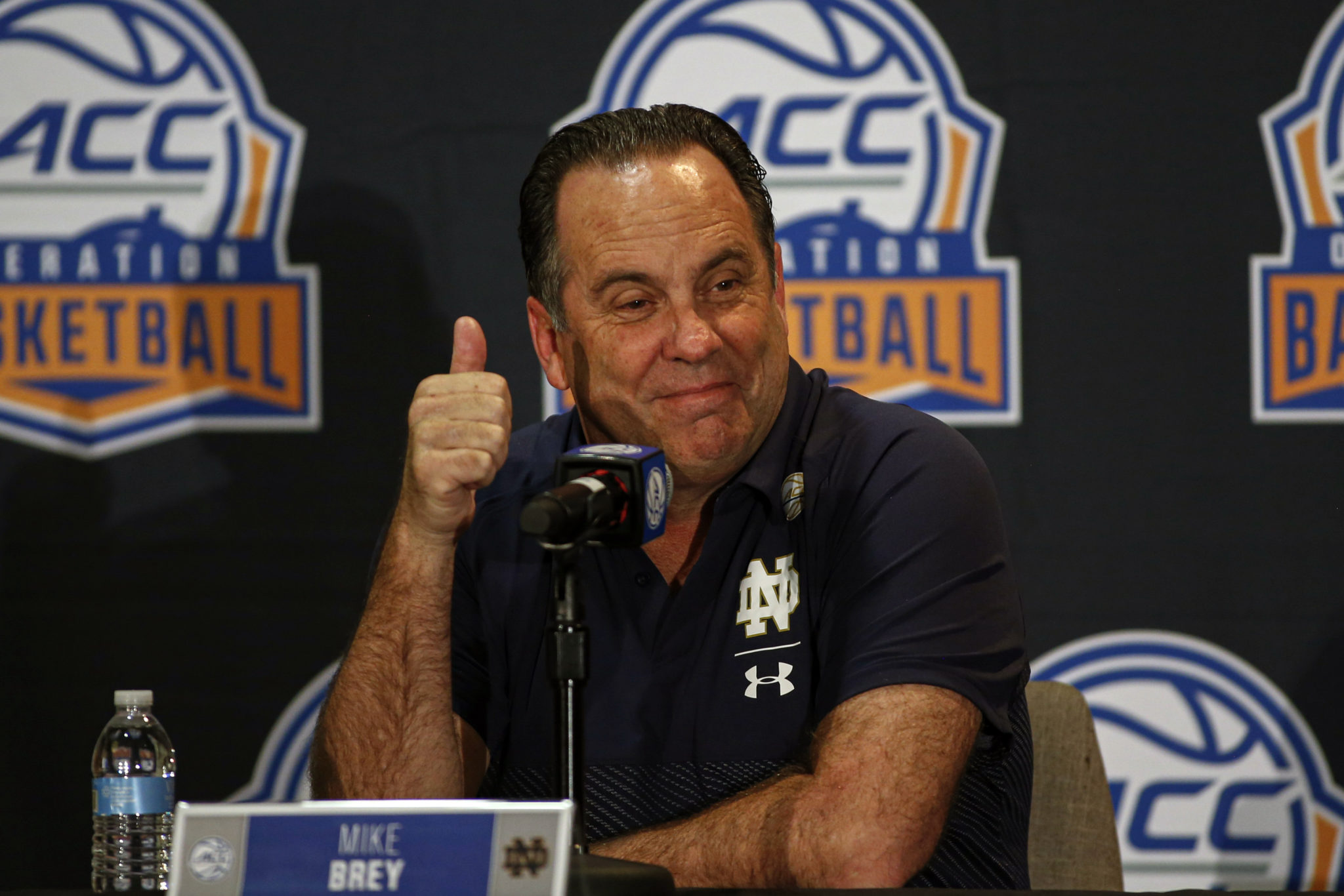 Notre Dame coach Mike Brey can’t help but feel a bit of excitement simply by what he doesn’t see around the Atlantic Coast Conference from last year.

No Zion Williamson putting on a nightly one-man highlight reel.

Ten players out the door as NBA first-round draft picks.

And almost no returning all-conference players.

“What kept me going all offseason was I kept looking at the first- and second-team all-ACC,” Brey quipped Tuesday during the league’s preseason media day. “And they’re all gone.”

Now the tradition-rich ACC is waiting to see who will step into the national spotlight this year.

The league is coming off its third national championship in five seasons and there never seems to be a shortage of star power. But that’s about to be tested after losing marquee talents, including national player of the year Williamson and fellow Duke freshman RJ Barrett — who were among the top three NBA draft picks. Also gone is a trio of players in De’Andre Hunter, Ty Jerome and Kyle Guy who helped Virginia capture the crown in the spring.

That leaves plenty of room for this year’s players and incoming recruits to make a name for themselves. It also leaves uncertainty about who will emerge in a season that includes the ACC’s first 20-game conference schedule.


“I think the college game — our program was involved earlier with one-and-done and early entry — I think it’s just caught up to everybody, especially with kids now being able to test the (NBA) waters,” Duke coach Mike Krzyzewski said. “We’re just going to see newness, more newness throughout the league, especially a league of our stature.

“These kids get prepared for the pros by being in the best conference. It makes it wide open, I think, for the league this year.”

The ACC will release voting results Thursday on who is the league favorite and who made the preseason all-ACC team. But only two of 15 players from last year’s all-conference postseason teams are back for consideration this year: third-teamers Jordan Nwora of Louisville and John Mooney of Notre Dame.

That’s the lowest total in three decades, going back to when the league added a third team for its conference honors during the 1989-90 season.

The list of names that are gone is impressive.

Throw in Guy, and that makes four Associated Press All-Americans who are gone — not to mention Guy was the Final Four most outstanding player from the Cavaliers’ title run before being a second-round NBA pick.


There are some eager to claim their piece of that spotlight.

In an interview with The Associated Press, Commissioner John Swofford said while talent turnover is not uncommon by itself, it’s usually “not to those numbers.”

“It’s just part of the landscape,” Swofford said. “And some years, you’re going to have that when programs attract the quality of players that are attracted to this league. I don’t look at it as necessarily good or bad.

“Selfishly, in a perfect world, would I as commissioner like to have those really good players a few more years? Yes. But that’s not the world and it’s not going to be our world.”

There are a few candidates to fill that void.

“The thing with the ACC, there’s always star power coming,” Mooney said. “The league always kind of reloads, so you have to respect that.”

Indeed, the next wave of stars could start with the new group of incoming freshmen headlined by North Carolina’s Cole Anthony and Duke’s Vernon Carey.

ACC Network analyst Jordan Cornette said it will take patience for teams to sort things out with players in new leading roles, particularly with 14 of the 15 teams set to open the season with conference matchups as part of the network’s launch this year.

“These (incoming) guys are really good,” said Cornette, who played at Notre Dame from 2001-05. “It’s just now the standard for what’s true stardom coming in has shifted because a guy like Zion was just from another stratosphere. Now that that’s left college basketball and all these names have left with it, it’s easy to think, ‘Well, it’s going to be a down year.’

“You’d be surprised by how many talented players who are coming in and are going to make an immediate difference right away.”