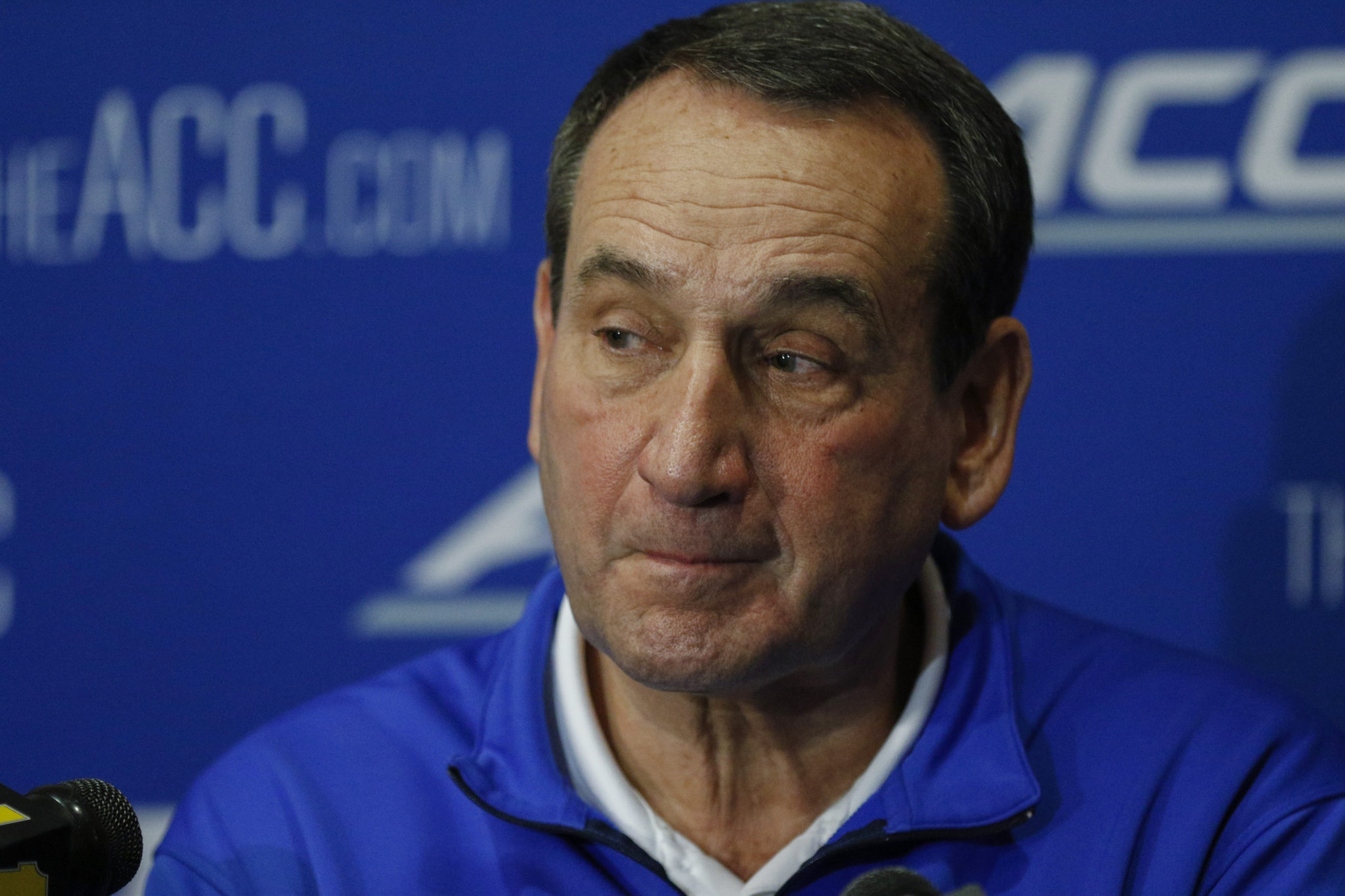 Mike Krzyzewski believes it’s time for college sports to get in step with the times when it comes to paying athletes, though the Duke coach said getting there raises a lot of challenging questions.

Krzyzewski said Tuesday at ACC media day that college sports can no longer stick its head in the sand on that issue and others.

“We need to look at that, as a whole issue, not just this one thing for image and likeness,” Krzyzewski said. “What’s best for these kids? We need to stay current with what’s happening.”

The pay-for-play discussion has gained momentum since California Gov. Gavin Newsom signed a law that goes into effect in 2023. The law allows athletes at universities in California to make money from their images, names or likenesses.

“I’m glad it was passed because it pushes the envelope a little, it pushes the issue,” Krzyzewski said. “But I don’t want to answer just for that. I’d like to see, ‘OK, let’s take a look at all the things that need to be done. Will we do them? How can we do them?’ I don’t have the answer.

“But I’d like to have a bunch of people get together over a period of time and play catch-up with what we probably should have been doing more of a decade or two ago.”


Commissioner John Swofford and many of the league’s other high-profile men’s basketball coaches say that allowing college athletes to profit from endorsement deals is reasonable — even if nobody seems to have a simple solution to a highly complex problem.

Swofford said the California law is “extreme” and that he would prefer to see it resolved on a national level rather than by individual states.

He also expressed some concern, saying “We have to be really careful about unintended consequences that can come with it. I don’t think we can look at it in a pure silo of a couple of sports. I think we have to look at the whole picture and the impact on Olympic sports, women sports.”

He said college athletics has been too reactionary in dealing with changes as opposed to proactively seeking reforms to the collegiate model.

“I don’t know how you can make it a fair option,” Boeheim said. “That is what I would like to know. And nobody knows, because if they knew they would say it.”

Boeheim expressed concern over college athletes in big markets having more chance to profit than those attending more rural schools. He said it’s just one of many topics that would need to be addressed.

Said Tar Heels coach Roy Williams: “We are all talking about something that we don’t know what the crap it is. I mean it’s like putting me in charge or nuclear weapons.”

Players at ACC media day also were torn on the new California law.

Junior forward Aamir Simms said the conversation has been broached on the Clemson campus — home of the football national champions — and he said it is a “tricky one.”

He believes college players should be paid to play — but with some limitations.

The danger, Simms said, is that some players are being paid millions of dollars “they won’t really care about playing for the school; they will just care about getting the most endorsement.”

Not every player Tuesday said change is needed.

Louisville’s redshirt senior Steven Enoch said he has no complaints with his four years of college and how the system currently is structured. He is content with the ruling in 2014 that allowed college programs to grant athletes unlimited meals and snacks.

“That is the one change I am most thankful for,” Enoch said.

Williams may not know the answers, but he does feel something needs to change.

“There’s a lot of money being made,” Williams said. “When Peyton Manning was at Tennessee they sold 50,000 of his jerseys for something like $70 a pop and he didn’t get one nickel. And that’s not right. I don’t care what way you look at it, that’s not right.”

Steve Reed write about sports for The Associated Press.