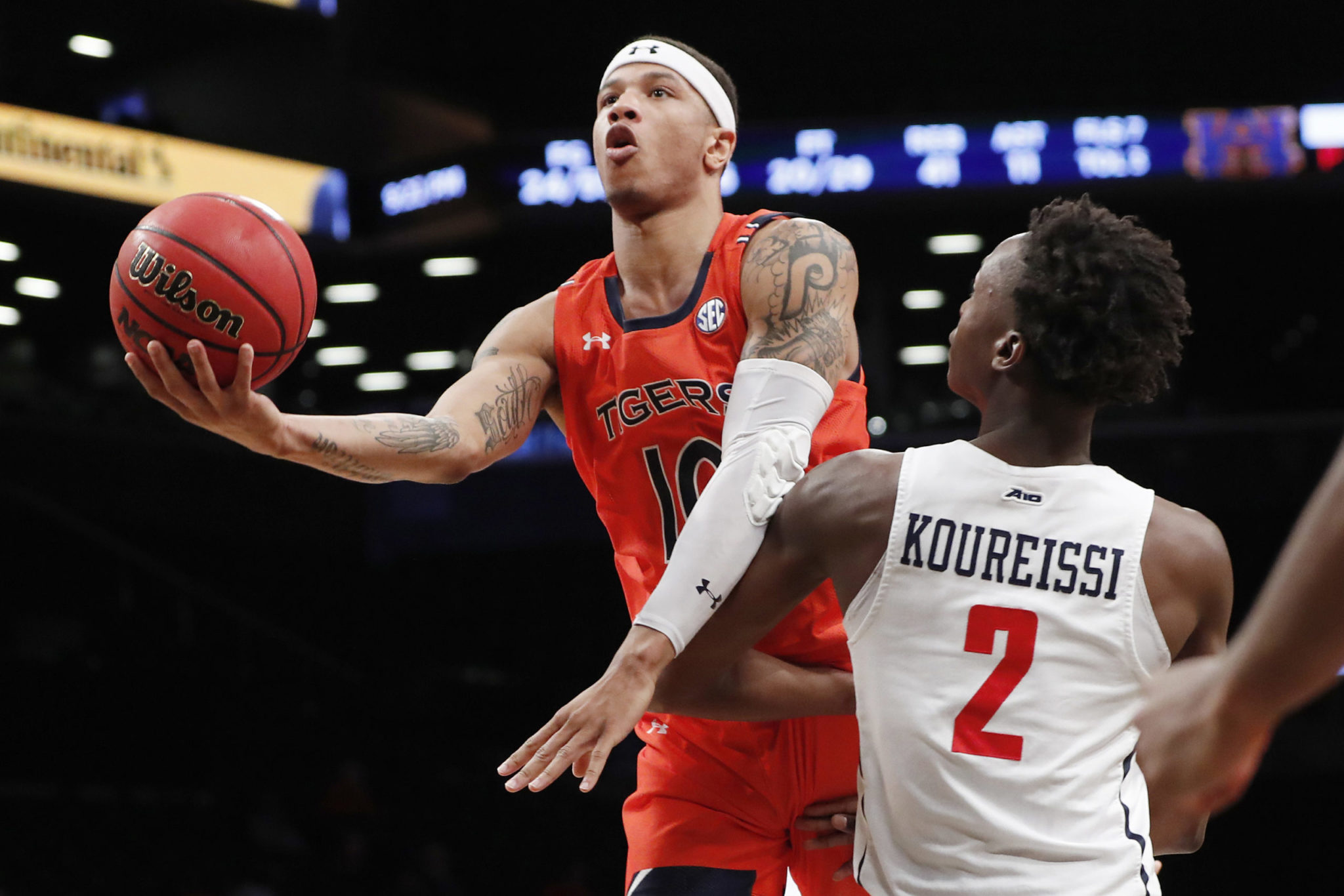 Auburn is first and foremost a school that’s known for its football program.

Which is fine with Bruce Pearl, who believes the Tigers are “a pretty good basketball team right now.”

And he has the school’s first in-season tournament championship since 2004 to make his argument for him.

“Our guys came to Auburn to make history,” Pearl said after No. 18 Auburn to a 79-65 win over Richmond in the championship game of the Legends Classic on Tuesday night at Barclays Center.

“That was important to our team.”


Samir Doughty scored 22 points to lead the Tigers. Austin Wiley, who was named the tournament MVP, scored 18 points. He joined Doughty on the all-tournament team, along with Wisconsin’s Nate Reuvers, and Richmond’s Jacob Gilyard and Grant Golden.

Daniel Purifoy chipped in with 13 for Auburn, which improved to 7-0 overall, and 3-1 in four all-time meetings against the Spiders.

“Guys are beginning to see the dimensions that we have,” Pearl said. “We have a lot to be thankful for, a lot to be blessed (with).”

Following a five-game winning streak, Richmond dropped to 5-1 with its first loss of the season.

Golden led the Spiders with 14. Gilyard and Nick Sherod finished with 12 each.

“I just thought we didn’t have quite enough energy for shotmaking to hang in longer in the second half,” Richmond coach Chris Mooney said. “They’re a very good team.”


After Richmond cut the deficit to 56-49, Wiley finished the next two possessions with a two-handed dunk and a tip-in, causing Mooney to call a time out.

“Hats off to them,” Mooney said.

Auburn’s lead grew to as much as 22 in the final minutes.

“One of their players–I’m not going to say who–came up to me and was like, ‘(You guys) are killing us right now,’ Doughty said. “Each and every team we’ve been playing throughout the year has been saying that in the second half. Once he said that, I just told my guys, ‘Let’s keep that foot on the pedal, let’s run the score up a little bit more, let’s get those guys who are not really playing into the game.’”

Golden suffered an ankle injury landing after a basket with 1:44 left. Golden laid on the court for more than five minutes while he was being tended to by trainers, before behind helped to the Spiders’ bench. Mooney said Golden twisted his ankle “in the first game of the year. It’s the same ankle. Structurally it seems to be okay but it’s probably something else he’ll have to be dealing with during the course of the next few days.”