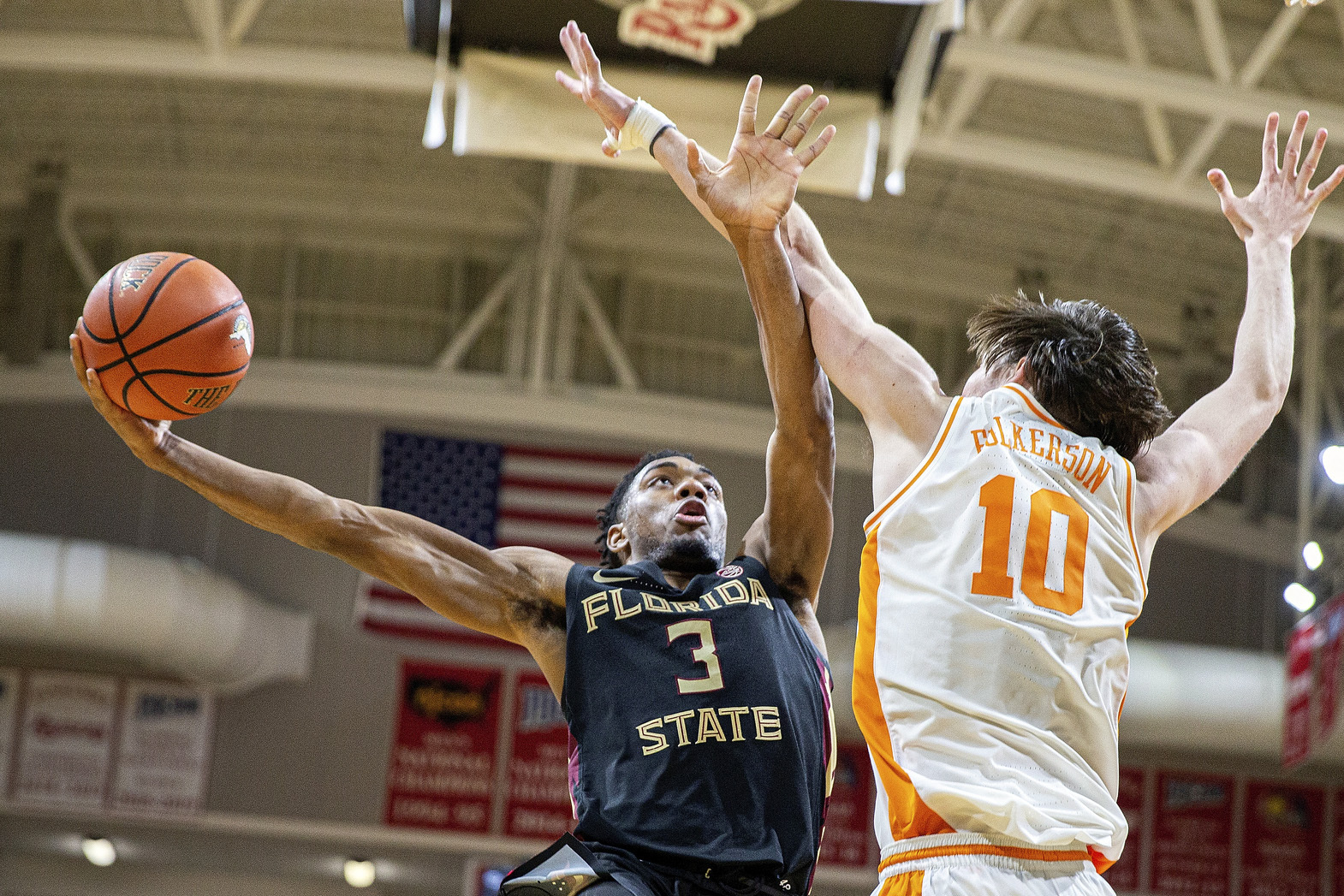 The ranks of undefeated Division I teams dropped to slightly more than two dozen on Friday evening following Florida State’s 60-57 win over previously unbeaten Tennessee (5-1) in the opening round of the four-team Emerald Coast Classic in Niceville, Florida.

The Seminoles, who improved to 6-1, used a balanced scoring attack and pressure defense — forcing an uncharacteristic 21 turnovers — to defeat the 17th-ranked Volunteers.

Playing in front of a friendly crowd of 2,500 only a couple of hours from its Tallahassee campus, Florida State jumped out to an early 12-2 lead, capped by a sensational slam dunk by towering center Balsa Koprivica, a 7-1 freshman from Belgrade, Serbia.  Along with Ole Miss graduate transfer Dominik Olejniczak, Koprivica is one of two seven-footers on the FSU roster.


Despite a rash of turnovers, Tennessee kept the game close and trailed by only five points — 29-24 — at halftime.

Florida State opened up a nine-point lead at the 15:41 mark of the second half, but the Vols chipped away at the lead and pulled within three with a little over a minute remaining in the game before FSU iced the game at the free-throw line.

The Seminoles, whose only setback so far this season came in its early November opener when it lost a back-and-forth struggle to Pitt 63-61 at the Peterson Events Center in Pittsburgh, advance to tomorrow night’s championship game against the winner of Friday’s late-night contest between 20th-ranked Virginia Commonwealth — one of two unbeaten teams in the Atlantic 10 — and Purdue.

Tennessee will face the loser of that matchup in the tournament’s third-place game.

Undefeated San Diego State (8-0), off to its strongest start since 2010-11 — a year SDSU won its first twenty games before losing to hot-shooting Jimmer Fredette and BYU in Provo — avoided Tennessee’s fate by securing its eighth consecutive victory in a come-from-behind 83-73 win over Iowa (5-2) in the Las Vegas Invitational championship game.  It was the first meeting ever between the two schools.


Tournament MVP Malachi Flynn, a 6-1 junior guard who scored all of his points in the second half, led the Aztecs with 28 points.

The unheralded Blue Hens, tied for the program’s best start since the 1998-99 season, will try to make it nine in a row when they host the Ivy League’s Columbia Lions (2-5) on Monday evening.

No. 14 Arizona and fifteenth-ranked Utah State, both of whom are 7-0, put their perfect records on the line later tonight in West Coast matchups against Penn (4-2) and Saint Mary’s (5-1), respectively.