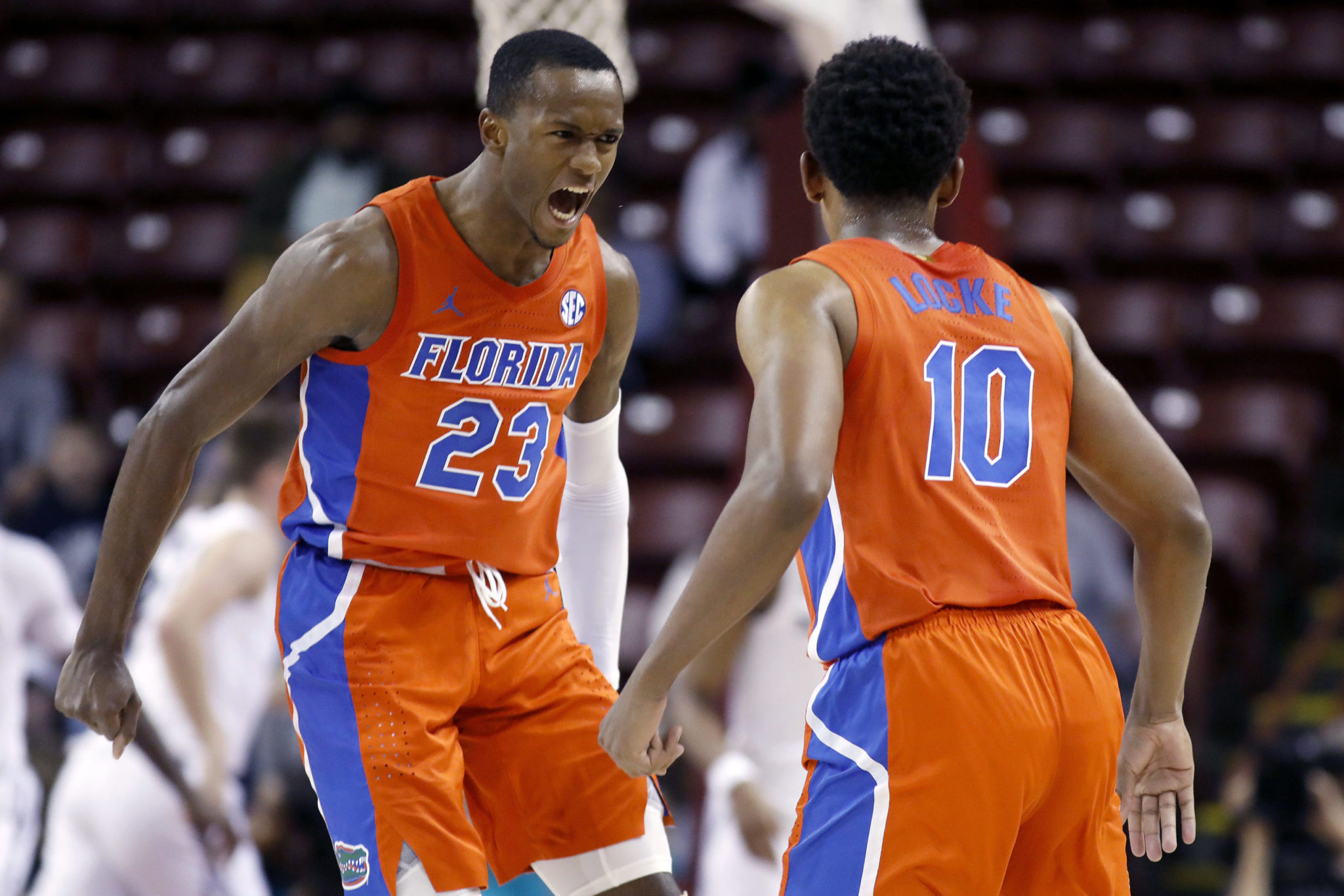 Keyontae Johnson and Andrew Nembhard had 15 points each and Florida held off No. 18 Xavier 70-65 in the Charleston Classic championship Sunday night.

The Gators (5-2) had made plenty of headlines for their losses to Florida State and UConn that saw them go from No. 6 at the start of the season to out of the Top 25. But Florida showed the offensive punch and defensive disruption that had the team so highly regarded.

It built a 10-point lead by halftime — the first time Xavier trailed after 20 minutes all season — and kept pouring it on in the second half as a pair of 3-pointers by Nembhard and one by Noah Locke extended it to 50-35 just three minutes into the second half. When Johnson flipped in a layup moments later, the Gators led by 17.


Xavier nearly came all the way back. It closed to 68-65 on Quentin Goodin’s 3-pointer with 1:08 left and had a strong shot to tie on Paul Scruggs’ clean look with 13 seconds left.

But Scruggs’ attempt bounced twice off the rim and Kerry Blackshear Jr. grabbed it for the Gators, got fouled and made both free throws for the final margin.

Xavier struggled to make the outside shots it had hit consistently this season, going just 5 of 16 from beyond the arc against the Gators. And as the Musketeers’ shots kept missing, Florida kept swarming as it forced 16 turnovers, Xavier’s second-highest number of miscues in a game this fall.

Blackshear finished with 14 points and 10 rebounds, his second double-double of the tournament. Locke

For Blackshear, the Virginia Tech grad transfer, it was the second straight season he celebrated a tournament title in Charleston after the Hokies captured the event last in 2018.

Scruggs led all scorers with 24 points while Tyrique Jones had 13.

Florida: The Gators look ready to re-enter the national college basketball conversation. They used a dominant second half in Friday’s semifinal to defeat state rival Miami 78-58 and proved their mettle against Xavier.

Xavier: The Musketeers and deep, gritty and talented. Their double-overtime win against UConn here Friday night showed all the characteristics that should carry it a long way in the Big East and beyond.