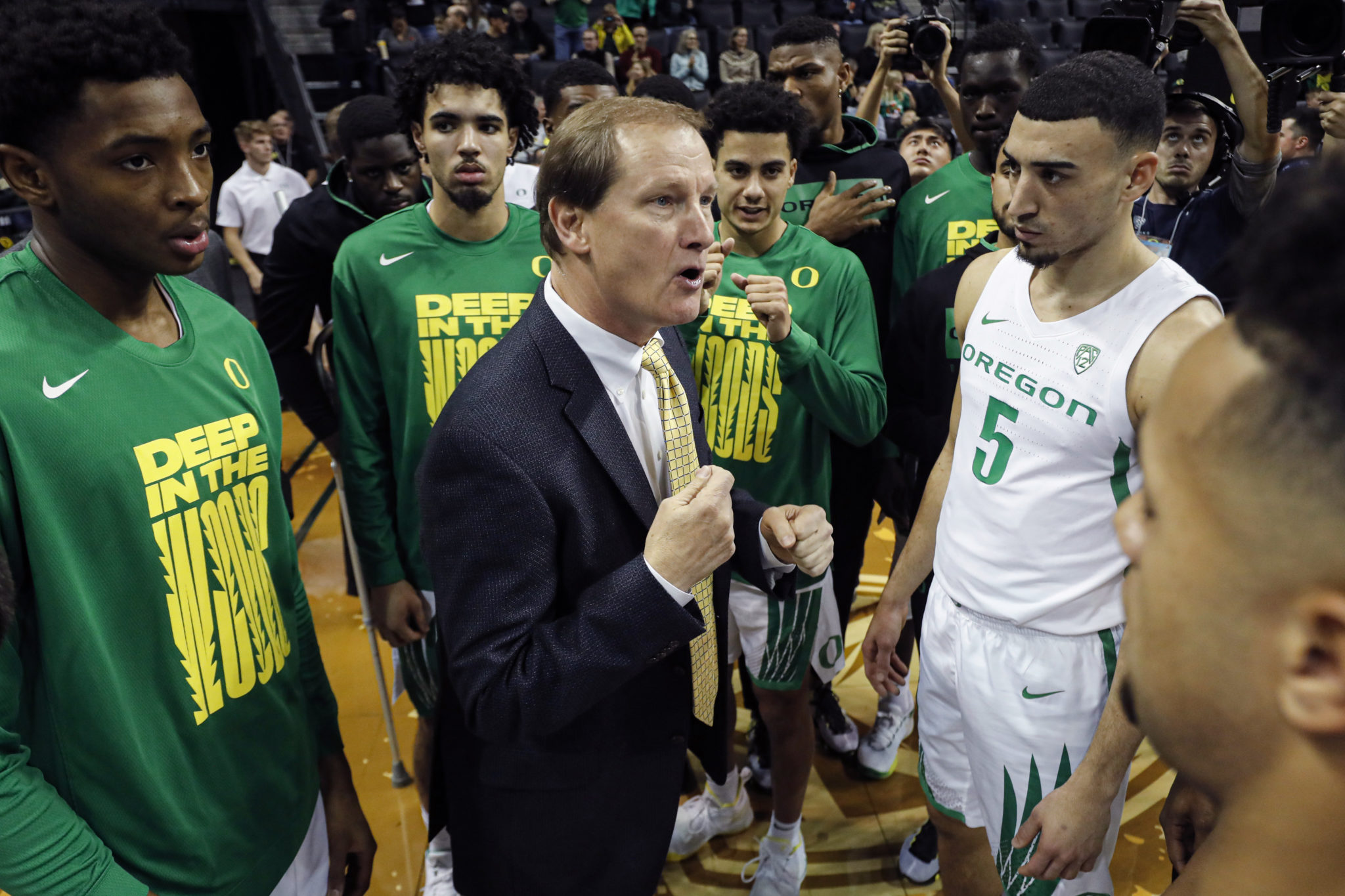 Back when Bruce Weber was an up-and-coming assistant on Gene Keady’s staff at Purdue, the coach would spend countless hours on planes and behind the wheel to catch as many high school basketball games as possible.

He would walk into the gymnasium of an elite prospect on a cold January night and wedge his way into a crowd of half a dozen other coaches, all trying to scout their next potential star.

“These young guys, they can’t even imagine,” said Weber, now the coach at Kansas State, “but there was no AAU, and the young guys that grew up in it, played in it, that’s all they know.”


A gradual but pronounced change has occurred in basketball recruiting, one that has taken much of the importance away from the high school game. Instead, more and more college coaches spend the majority of their time and budgets to watch travel teams playing on the sneaker circuits sponsored by the likes of Adidas and Nike, and the multitude of high-profile summer tournaments that have cropped up.

It makes sense, too: Weber can see dozens of top recruits in a single night at the Peach Jam event in July than he’d see by logging thousands of frequent flyer miles to see their high school teams.

Is prep basketball becoming an afterthought for those who stock rosters in college?

“Many college programs still make an effort to watch and recruit student-athletes at high school competitions, but elite showcases and summer basketball definitely offer these programs more chances to see kids in the offseason than ever before,” said Alex Schobert, the coach of Belleville West High School in Illinois, which sent elite prospect EJ Liddell to Ohio State this season. “The landscape of college basketball and recruiting has changed tremendously the last few years.”

The powerbrokers of the NCAA have noticed it, too.

The governing body made sweeping changes this past year to off-season recruiting and evaluation periods over the summer months. Among the many moves was the addition of a second three-day evaluation weekend at the end of June that is only for scholastic events, an attempt to bring some of the focus back to the high school basketball programs that once formed the backbone of recruiting.


“Being in Dallas, we get a lot of college coaches through here,” said David Peavy, the coach of powerhouse Duncanville High School, whose son Micah is a top-50 recruit headed to Texas Tech.

“But it’s tough. It’s tough on the schools,” Peavy said. “I’m glad in a way for the way it is now — that these kids get so much exposure — but it’s tough on high schools.”

It doesn’t help them that their seasons coincide with the college season, when coaches find it difficult to slip away for a few days to drop in on high school games.

John Oxton, who has spent three decades coaching Lakeville North High School in Minnesota, also has seen the trend. But he points out that if a coach is really interested in a player, they still get in touch with the high school coach, who often can offer a broader assessment of the individual.

Shooting, rebounding and scoring matter. So do academics, personality and general disposition.

“It’s not an exact science, recruiting,” said Oregon coach Dana Altman, who spent nearly two decades seeking the best mid-major prospects for Marshall and Creighton, and who now is landing five-star recruits with regularity in the Pac-12.

Part of recruiting, Altman said, becomes a game of who you know.

That is where the value still exists in high schools.

“I don’t know if there’s been more focus put on elite events and the like, but I do know that relationship building seems to be one of the main focuses now,” said Mike Jones, who coaches perennial power DeMatha High School outside Washington, D.C., and USA Basketball’s under-16 national team.

“I would agree that being seen in gyms of top-level players has become a priority,” Jones said, “but rules allow for only a certain number of visits, so coaches have to be very strategic.”


It’s not just that coaches are putting more emphasis on summer games, either. The kids taking the court understand a showcase tournament that attracts dozens of high-level coaches usually means more to their future than a regular-season game with their high school friends.

“In high school, it’s all about winning,” said Kansas State freshman DaJuan Gordon, who was Mr. Chicago at Curie High School last season, and who starred for Team Rose on the Adidas Gauntlet circuit in the summer months. “With AAU, it’s about winning and your individual achievement.”

“I feel like the games we played were more fun at AAU rather than high school games,” said Gordon, who played alongside Christian Braun (Kansas), Malik Hall (Michigan State) and Grant Sherfield (UCLA) for MoKan Elite and helped his team to the Peach Jam semifinals last year.

“Games were pretty easy in high school,” Gordon said, “but AAU games are against people that are similar to you, just as good as you and even better than you, going to big schools.”

That talent level — and the volume of players at that level — are why Weber and his coach staff at Kansas State have embraced the trend toward scouting the summer leagues and sneaker circuits.

It’s why every other coach in America emphasizes them over the prep season, too.

“I hope we get a little mixture of both. That’s the goal of the NCAA,” he said. “Hopefully we can meet with the AAU and work with the shoe companies and make this a very positive thing.”