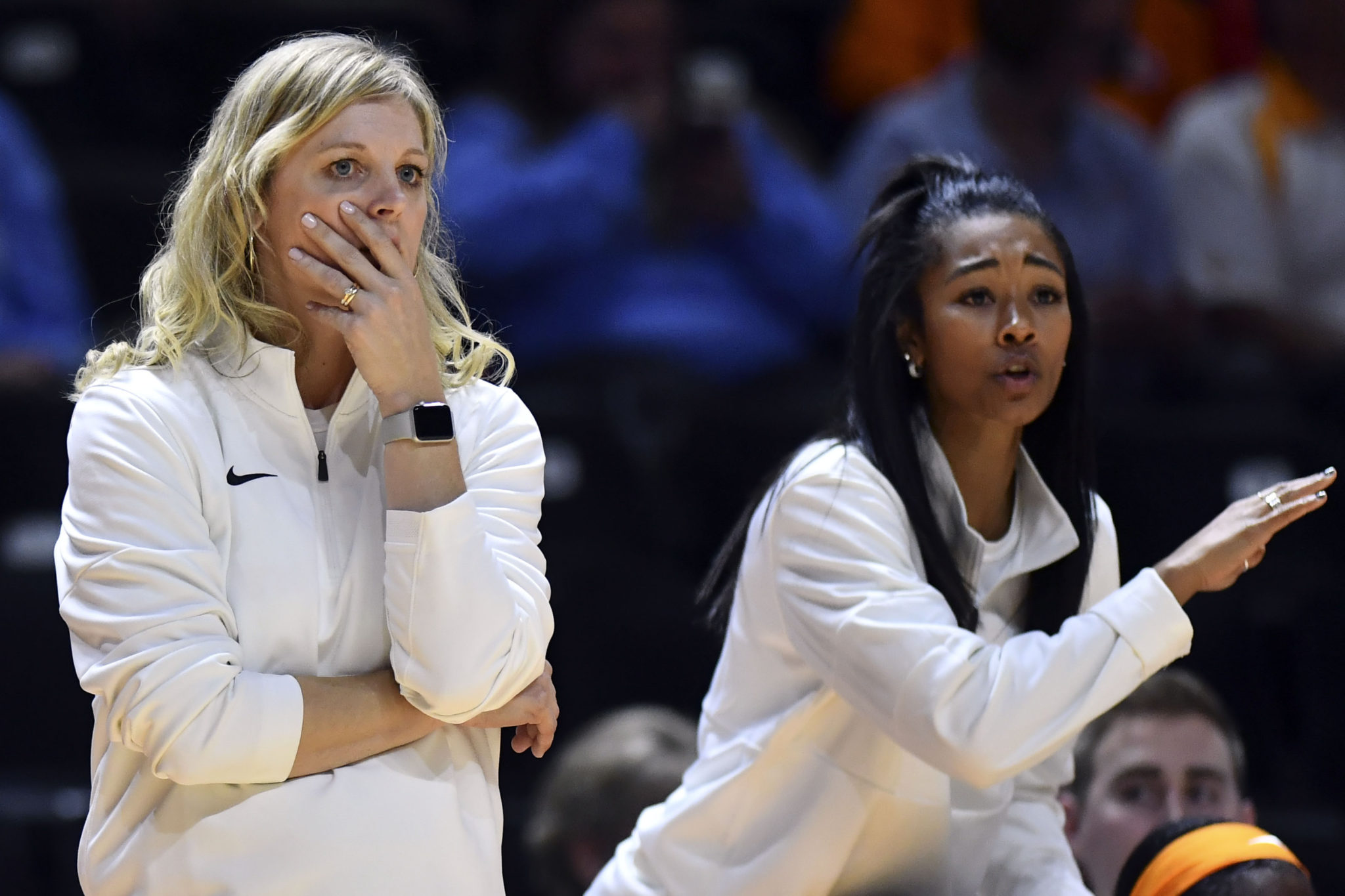 Wherever new Tennessee women’s basketball coach Kellie Harper goes around Knoxville, people want to talk about the past.

It’s a lot more fun than talking about the present.

As Kellie Jolly, she played point guard on three consecutive Tennessee national championship teams from 1996-98 and dished out passes to Chamique Holdsclaw and Tamika Catchings.

“Our fans have stories and they want to talk about the ’90s, the late ’90s for sure,” Harper said.

Harper’s challenge is making the present and future of Tennessee women’s basketball as meaningful as its illustrious history under former coach Pat Summitt, who stepped down in 2012 and died in 2016.


Tennessee hasn’t reached a Final Four since its 2008 championship season and hasn’t advanced past the NCAA Tournament’s second round since 2016. The Lady Vols aren’t ranked in the preseason Top 25 for the first time since 1976.

Former coach Holly Warlick was fired in March after the Lady Vols went 19-13 and lost in the opening round of the NCAA Tournament.

“They have not appeared to me like they were motivated, disciplined or well organized,” SEC Network analyst and former Georgia coach Andy Landers said. “The culture seems to have slipped under the table. This isn’t a band-aid fix.”

The 42-year-old Harper makes her debut Tuesday at East Tennessee State needing to stabilize a program that has lacked chemistry and consistency.

At Harper’s introductory news conference, athletic director Phillip Fulmer said administrators Angie Boyd-Keck, Donna Thomas and Tara Brooks told him “it was essential” to hire a coach with ties to the program. Harper had just coached Missouri State to the Sweet 16.

In her memoir “Sum It Up,” Summitt called Harper a “brilliant, tough-jawed” player and wrote that “our team followed Kellie’s lead in everything.” Harper tore an anterior cruciate ligament before her sophomore season but returned later that year to spark a national championship run.


“Playing at Tennessee was extremely important for me to understand the culture at a deeper level than if I had not played here,” Harper said. “It’s just a special place, I think. I hope people can see my passion for the program and this team and what has come before. It just means more, I think, to alums.”

Most of the current Lady Vols weren’t born when Harper played, but longtime Tennessee fans keep telling them how lucky they are to have her as their coach.

Turning to one of its own to uphold Summitt’s legacy didn’t work for Tennessee the last time.

Warlick was the first Tennessee athlete — male or female — to have her jersey retired. Warlick was an assistant on Summitt’s staff for all eight of Tennessee’s national championships.

One notable change already is evident. Each player used to have her own banner around Tennessee’s Pratt Pavilion practice court. Those were replaced by eight national championship banners.

“We definitely wanted to change a little bit of the vibe in the locker room, office area and here in Pratt — less of the individuals and more of our past successes,” Harper said.

Harper wasn’t particularly successful in her only other stint at a major-conference school. She went 70-64 with one NCAA Tournament appearance in four seasons at North Carolina State before getting fired in 2013.

“Every team we’ve coached, our players would run through a wall for her,” said Jon Harper, her husband and assistant coach.

Harper must prove she can recruit elite talent. The only high school senior verbally committed is Greenfield (Tennessee) guard Tess Darby, a quality shooter ranked outside the top 100 by most recruiting services.

“When you say Tennessee to these young people, it still means something,” Harper said. “I think some of the players have a little bit more hesitancy than they’ve had. It’s important now that our players that we’re recruiting see our vision, understand what the vision is and can see themselves fitting in. I think the right players, the right people will end up here at Tennessee.”

Still the only school to appear in every NCAA Tournament, Tennessee has become a mid-tier SEC program lately. Tennessee is coming off a season in which it lost 12 of its final 19 games, finished below .500 in SEC competition for the first time and received one of the last two NCAA Tournament at-large berths.

“I think it’s one of the best jobs in women’s basketball, but we’re not talking about, ‘Hey, spray some lotion on this and let’s go,'” Landers said. “This is a total redo. This thing is broken.”

Harper believes she can fix it.