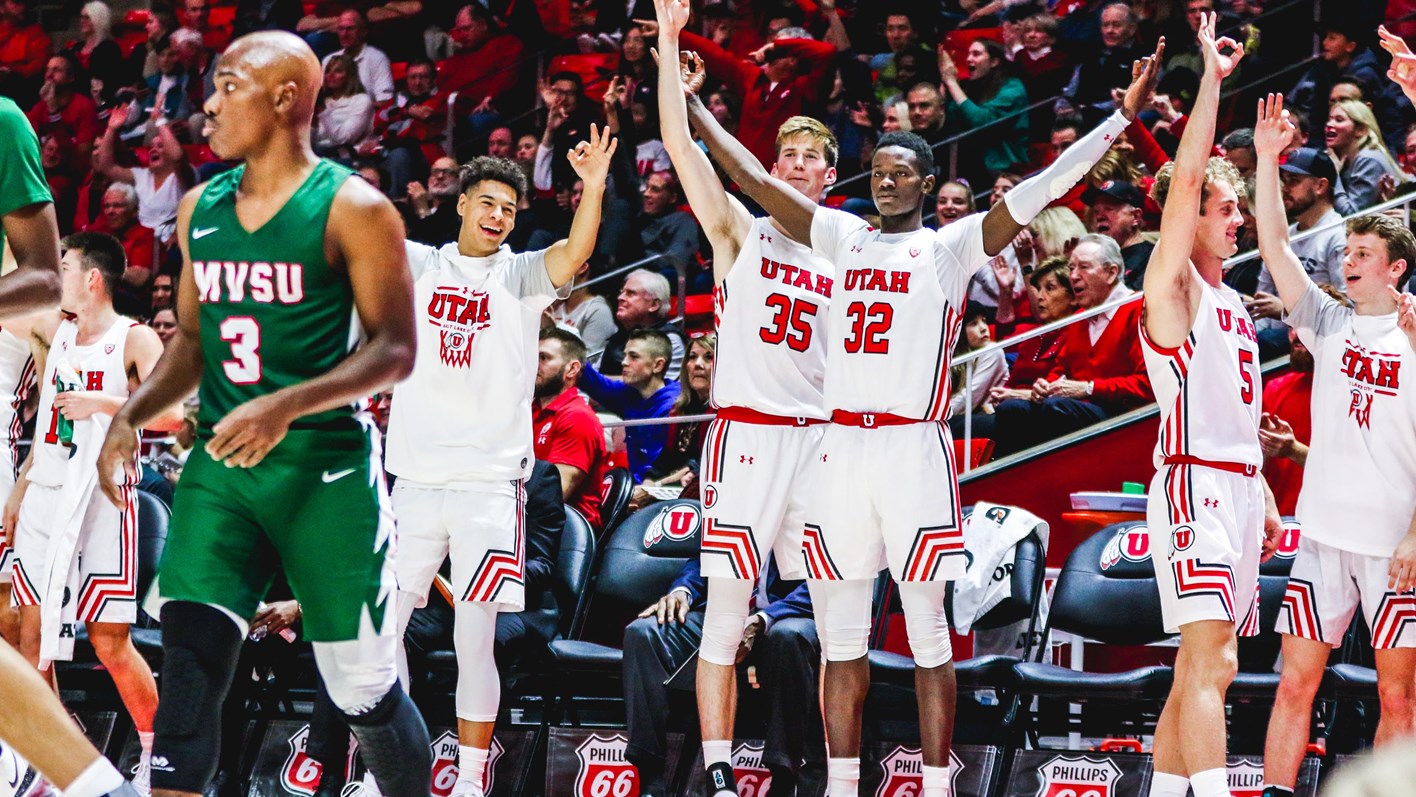 Utah set several school marks and shattered an NCAA record in routing Mississippi Valley State 143-49 on Friday night before a crowd of 9,926 at the Jon M. Huntsman Center in Salt Lake City.

The 143 points tallied by Utah smashed the school’s previous scoring record set in 1960 in a lopsided 132-77 pummeling of Evansville.  Last night’s 94-point margin of victory set a new NCAA record for the largest margin in a contest between Division I schools.  Tulsa held the previous record when it defeated Prairie View A&M 141-50 in December 1995.

The Utes, who led by fifty points at half, scored a school record 73 second-half points in pounding the visiting Delta Devils.


Timmy Allen, a 6-6 sophomore from Mesa, Arizona, scored 26 points on 9 of 11 shooting in twenty minutes of action to pace the Utes.  Allen, who averaged 12.2 points per game as a freshman last season, made 7 of 8 shots from the floor and went 8-for-8 from the charity stripe in the first half.

Twelve of Utah’s thirteen players got into the scoring column with nine of them scoring in double digits.

Both Gach, a 6-6 guard, and Rylan Jones, a four-star 6-foot freshman from Holladay, Utah, recorded triple-doubles for the victorious Utes.

Michael Green led MVSU, which connected on only 9 of 44 shots from the floor in the first half, with a team-high 20 points.

Utah, which opened the season with a 79-74 win at Nevada, hosts Minnesota next Friday while winless Mississippi Valley State (0-2), a member of the Southwestern Athletic Conference (SWAC), continues a 12-game road trip to open the season, travels to Mount Pleasant, Michigan, to take on Central Michigan on Sunday.