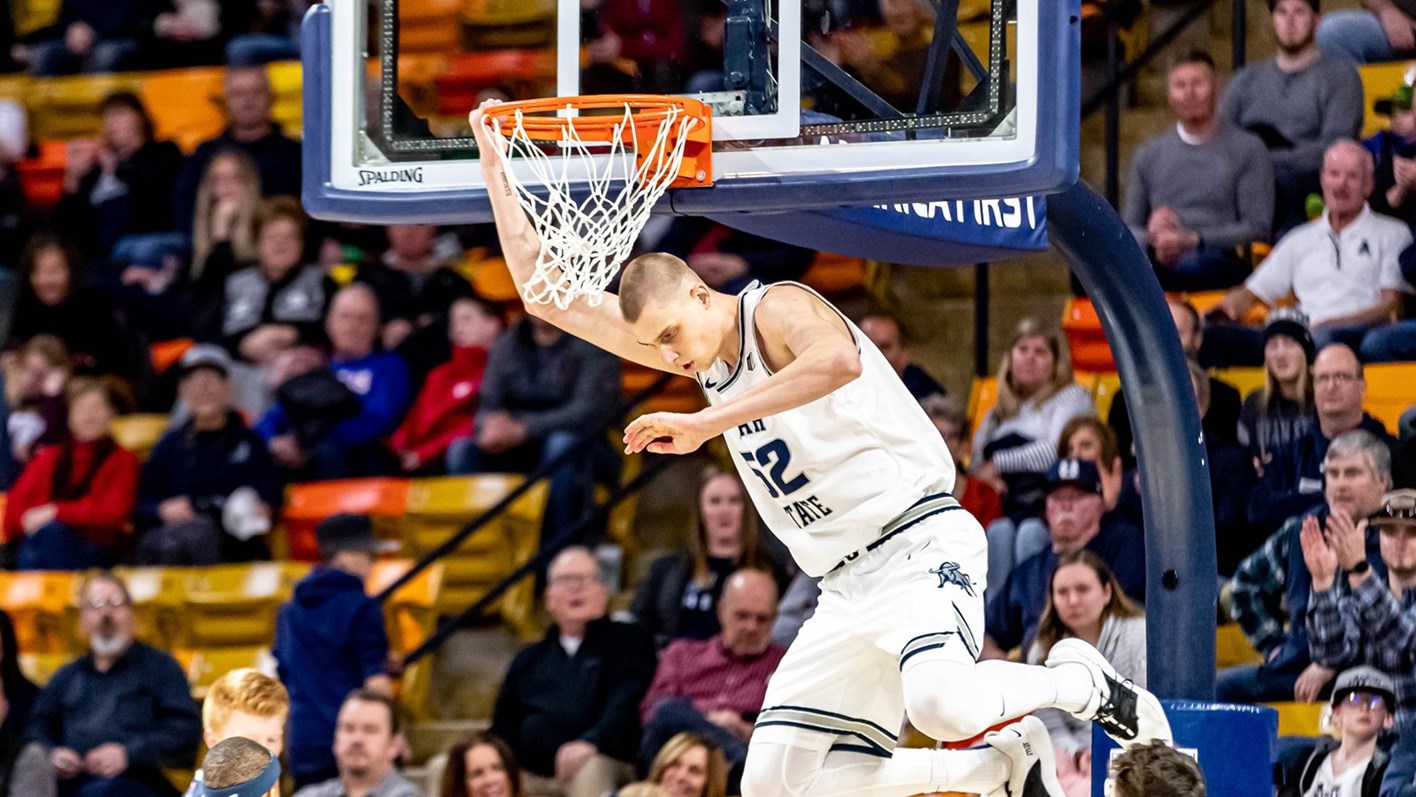 More than a dozen teams across the country blew out their lower-level opponents in a Saturday splurge in college basketball.

Sophomore Brock Miller, who set a freshman record last year with 198 three-point attempts, scored a game-high 25 points as Utah State (13-2) shattered the century mark for the first time this season in a 129-61 mauling of rural Eastern Oregon (7-6), a member of the NAIA’s Cascade Collegiate Conference, on Saturday.  The Aggies forced 22 turnovers and posted a season-high 36 assists in the blowout — its eight consecutive home victory.

Setting a new program record with 23 steals, UNC-Greensboro (11-3) had an even easier time of it on Saturday, walloping Div. III William Peace 106-34 at the Greensboro Coliseum.  The 72-point win against the outclassed Pacers (2-8) was the second largest margin in school history.  It was the first meeting ever between the two schools.


Six players scored in double figures as Creighton (11-2) jumped out to an overwhelming 58-21 halftime advantage in cruising past Midland University — a member of the NAIA’s Great Plains Athletic Conference — 91-54 in Omaha.  Creighton’s Damien Jefferson, a 6-5 junior from East Chicago, Illinois, recorded his first career double-double with 13 points and a game-high 11 rebounds in 22 minutes of action.  It was the seventh straight victory for Blue Jays, who face Marquette in their Big East opener at home on Wednesday.

Sophomore guard De’Torrien Ware scored a game-high 26 points and five players scored in double figures as Jacksonville State (5-8) crushed Carver College of Atlanta 120-56 at the Pete Mathews Coliseum in Jacksonville, Alabama, on Saturday afternoon.  Coming off a 22-point loss to then-nationally ranked Tennessee, the Gamecocks led 67-38 at the break.  Carver is a member of the National Christian College Athletic Association (NCCAA).

Matt Halvorsen and Mason Faulkner scored 15 points apiece as the Catamounts of Western Carolina (9-3) pounded Div. III Piedmont 108-47.  Halvorsen, a 6-1 junior guard from Kingsport, Tennessee, buried 5 of 6 shots from beyond the arc in the blowout.

Ethan Stair scored 17 points and pulled down 10 rebounds and 6-10 center Victor Bafutto also posted a double-double with 13 points and 13 boards as Mercer (6-8) routed Milligan 104-53.  Six-foot-ten senior center Nathan Hastings scored a game-high 21 points for the visiting Warriors (5-6), a member of the NAIA.  It was Milligan’s third loss to a Div. I opponent this season.


UAB, which knocked off previously undefeated Duquesne last Sunday in the St. Pete Shootout, improved to 9-4 with an easy 82-49 romp over Thomas University of the NAIA.  Jalen Benjamin scored 14 points and Jordan Brinson added 12 for the Blazers, who have won five straight.

Stephen F. Austin, which upset Duke earlier this season, placed four players in double figures in a 94-62 pummeling of NAIA-member Paul Quinn College in Nacogdoches, Texas, on Saturday.  Mateo Eschelk scored a game-high 20 points for Paul Quinn, which remains winless on the season.

Keaton Wallace scored 30 points and Jhivvan Jackson — the nation’s leading scorer, averaging 26.8 points per game — added 20 as UT-San Antonio trounced Our Lady of the Lakes 99-64.  A member of the NAIA’s Red River Athletic Conference, the Saints (4-10) made only 28.7 percent of their field-goal attempts in the blowout loss.

LIU (5-8) set a new program record for assists and placed six players in double figures as the Sharks clobbered Div. III Centenary (N.J.) 125-84 in Brooklyn on Saturday.  Junior Ty Flowers scored a season-high 25 points, making a brisk 11 of 13 shots from the field.  LIU’s 125-point output was the most points scored by the Sharks since 2003 when they lost a thriller to St. Francis of New York 142-140 in double overtime.

In other one-sided contests against lower level opponents on Saturday, junior Phlandrous Fleming, Jr., and Dontrell Shuler combined for 39 points as Charleston Southern (6-6) had a half-dozen players in double-figures in pummeling tiny Piedmont International — a member of the NCCAA — 108-52, and South Alabama (7-6) jumped out to a prohibitive 37-13 halftime lead in demolishing NAIA foe Mobile 76-47.


Sophomore Tevin Brown buried 6 of 9 shots from long distance and scored a game-high 24 points as Murray State (7-5) raced past NAIA Cumberland 81-46 before a crowd of 4,107.

Meanwhile, Jake Hendricks scored a season-high 21 points and Hunter Maldonado chipped in 19 points while dishing off seven assists as Wyoming (5-9) had a tougher time than expected in defeating upset-minded Nebraska Wesleyan 82-68.

A couple of other lower-division schools also put up decent fights against Div. I opponents on Saturday as Freed-Hardeman came within eleven points of beating Arkansas State (10-3) in Jonesboro, falling to the Red Wolves 84-73, and Antelope Valley hung around most of the afternoon before losing by a respectable 80-65 to Utah Valley (6-9).