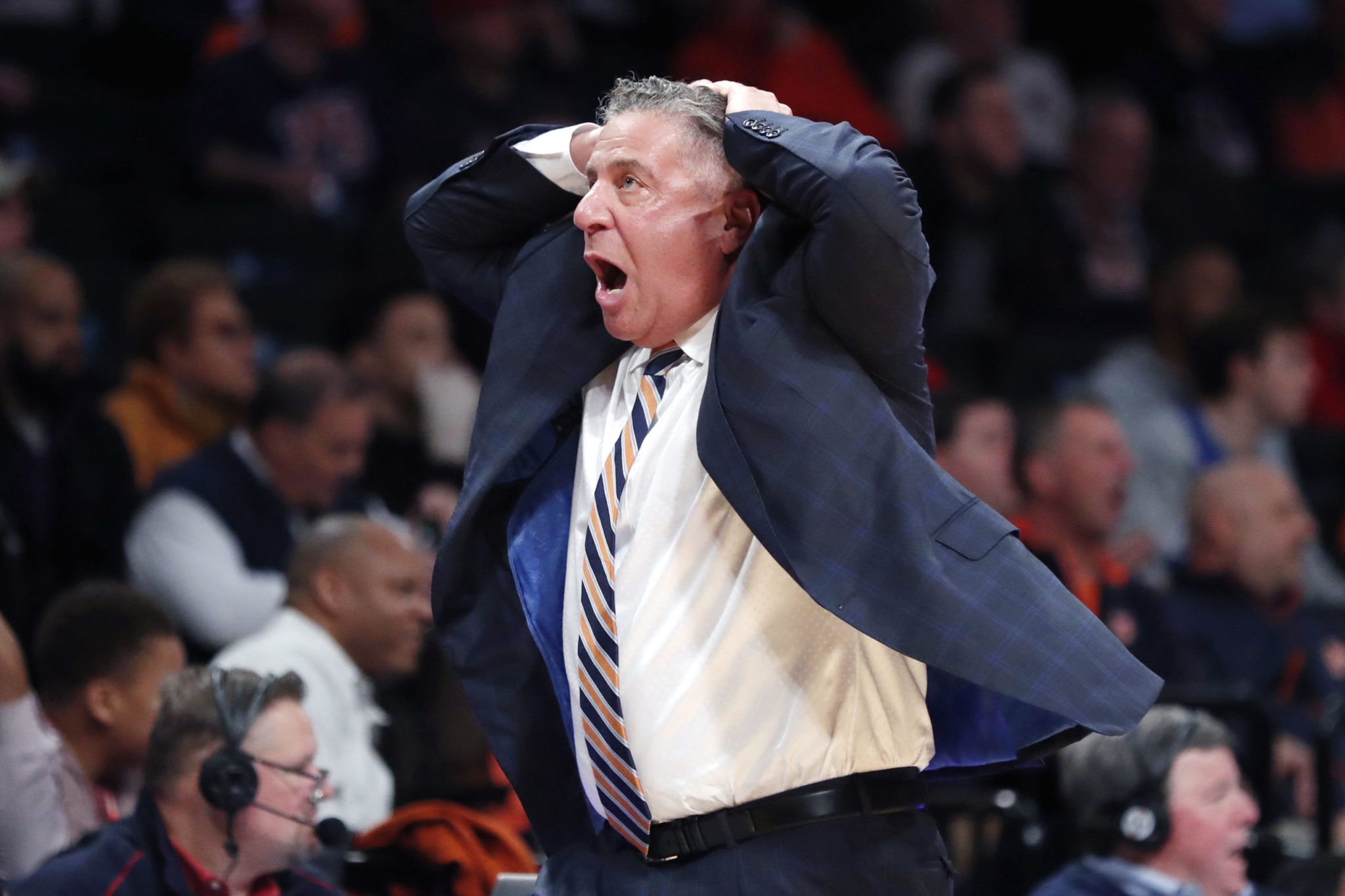 Rallying from a 14-point second half deficit, Auburn (8-0) kept its perfect record intact with a thrilling 81-78 overtime victory over visiting Furman (7-3) before a crowd of 8,226 at the Auburn Arena Thursday night.

Freshman Isaac Okoro, who grabbed nine rebounds, paced the Tigers with a team-high 18 points.  Austin Wiley, a 6-11 senior center, had a double-double for Auburn, scoring thirteen points and pulling down a dozen boards, and senior guard Samir Doughty also chipped in 13 points.

Noah Gurley, a 6-8 sophomore, scored a game-high 21 points for the Paladins.


Saint Mary’s (8-1) won its eighth straight by defeating visiting Northern Illinois 61-49 in Moraga, California.  The Gaels, who had five players in double figures, were paced by Tanner Krebs’ fourteen points.  Malik Fitts tallied 13 points and pulled down 12 rebounds for the hosts.

Senior guard Eugene German scored a game-high 16 points for Northern Illinois, which fell to 6-3 on the season.

In other games Thursday night, Kristian Doolittle’s 3-pointer with 13.5 seconds remaining lifted once-beaten Oklahoma (7-1) past North Texas 82-80 at the UNT Coliseum.  Doolittle finished with a game-high 28 points, eighteen of them coming in the second half as the Sooners erased a 41-36 halftime deficit.

Coming off a 12-point loss to West Virginia in the championship game of the Cancun Challenge, five Wichita State players scored in double figures as the Shockers improved to 7-1 with a 95-69 pummeling of Central Arkansas (1-7).  It was UCA’s sixth straight setback.


Wichita State travels to Stillwater to take on Oklahoma State on Sunday in a highly-anticipated game.  The Cowboys are off to a 7-1 start.

“I know that going to Stillwater and winning is difficult,” said 13-year coach Gregg Marshall in his postgame remarks.  “We did it last time we were down there.  It was a great game and it took tremendous effort, heart, and toughness and some big-time players making big-time plays.  We’ll have to do the same.  If we don’t, we’ll come back 7-2.”