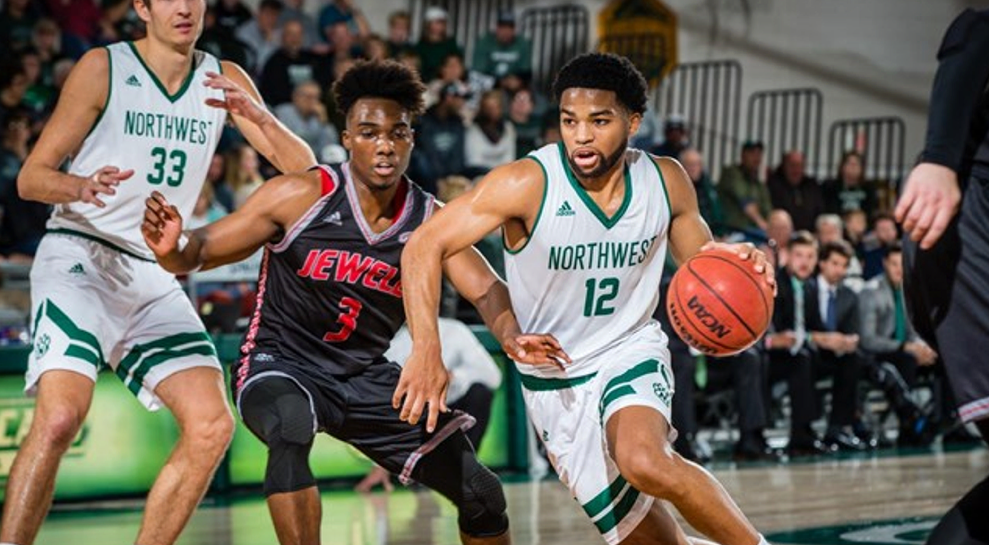 Defending Div. II national champion Northwest Missouri State (8-0) will look to extend its 46-game winning streak — the third-longest in the history of men’s college basketball — when the Bearcats travel to Warrensburg, Missouri, to take on the Mules of Central Missouri (3-5) on Saturday afternoon.

Eleventh-year head coach Ben McCollum’s defensive-minded Bearcats, who have posted a remarkable 108-5 record since the beginning of the 2016-17 season, last suffered a setback in March of 2018 when they lost to Minnesota State by ten points in the first round of the NCAA Div. II Tournament.


Taking a longer view, Northwest Missouri is also eyeing Div. III SUNY-Potsdam’s 60-game winning streak (1985-87) and, a little further down the road, UCLA’s all-time record of 88 consecutive victories in 1971-74 — a record that was snapped when Notre Dame guard Dwight Clay hit a shot from the right corner to give the then-unbeaten Fighting Irish a dramatic come-from-behind 71-70 win over John Wooden’s dynastic and seemingly invincible Bruins in South Bend on January 19, 1974.  Trailing 70-59 with 3:30 remaining, Notre Dame scored the final twelve points of that nationally-televised contest in ending the longest winning streak in college basketball history at the time.

The Connecticut women’s team, of course, holds the all-time collegiate record, winning 111 straight games between 2014 and 2017.

Northwest Missouri, which has won or shared in six straight MIAA regular season championships, has outscored its opponents by 28.1 points per game through its first eight games of the 2019-20 season.  Only one of their early season contests was decided by fewer than double-digit margins — a 60-52 win over Minnesota Crookston on Nov. 8th.

Rallying from a 17-point deficit with less than six minutes to play, they also gave Mike Krzyewski’s Duke Blue Devils all they could handle before falling 69-63 in an exhibition game at Cameron Indoor Stadium in Durham in late October.  Needless to say, the longtime Duke mentor was impressed.  “We beat an outstanding team tonight.  They’re accustomed to winning basketball games,” said Krzyewski.


They’re also a fairly young team.  Last year, they had four new starters in the lineup after losing the Mid-America Intercollegiate Athletics Association’s all-time leading scorer and three seniors responsible for a breathtaking 62 wins over the previous two seasons, including winning the 2017 Division II national championship.

Impressively, McCollum’s young team, playing tenacious defense, went undefeated during the regular season, captured the conference tournament after surviving a first-round scare from upset-minded Emporia, and breezed through the NCAA Central Region by mauling Minnesota State 91-62, defeating Southern Nazarene 70-59 and outlasting Missouri 82-70 in the finals to advance to the NCAA Div. II quarterfinals.

They were equally unstoppable in the “Elite Eight” at the Ford Center in Evansville, Indiana, defeating the upset-minded Lakers of Mercyhurst — the eighth-seeded team — 55-51 in the quarterfinals, stifling Saint Anselm 76-53 in the semifinals, and defeating pesky Point Loma 64-58 in the title game.

Defense was the difference in all three games.

Though known for its dominating defense — the Bearcats allowed just 61.7 points per game last year, third best in the nation — Northwest Missouri also has some legitimate scorers, not the least of whom is Ryan Hawkins, a 6-7 junior from Iowa, who is averaging a brisk 26 points per outing.  Diego Bernard, a 6-foot sophomore guard who is averaging 17.3 points per game, and Trevor Hudgins, another sophomore guard who has been scoring at a 15.1 per game clip while ranking third in the nation in assists with 58 on the year, have also been consistent scorers for McCollum’s undefeated squad.


Hawkins — the MIAA Defensive Player of the Year in 2018-19 while leading the conference in steals with 83 — has already posted a pair of 40-plus games in the young season, scoring 44 against Southern Nazarene and rattling home 43 against Lincoln (Mo.) on Thursday.

In addition to its 46-game winning streak, Northwest has won thirty straight conference games as it takes on longtime rival Central Missouri later today.  Although UCM leads the all-time series, the Bearcats have won the last nine meetings against the Mules, including a 64-49 defensive struggle in Warrensburg last February.

This is a team worth keeping an eye on.