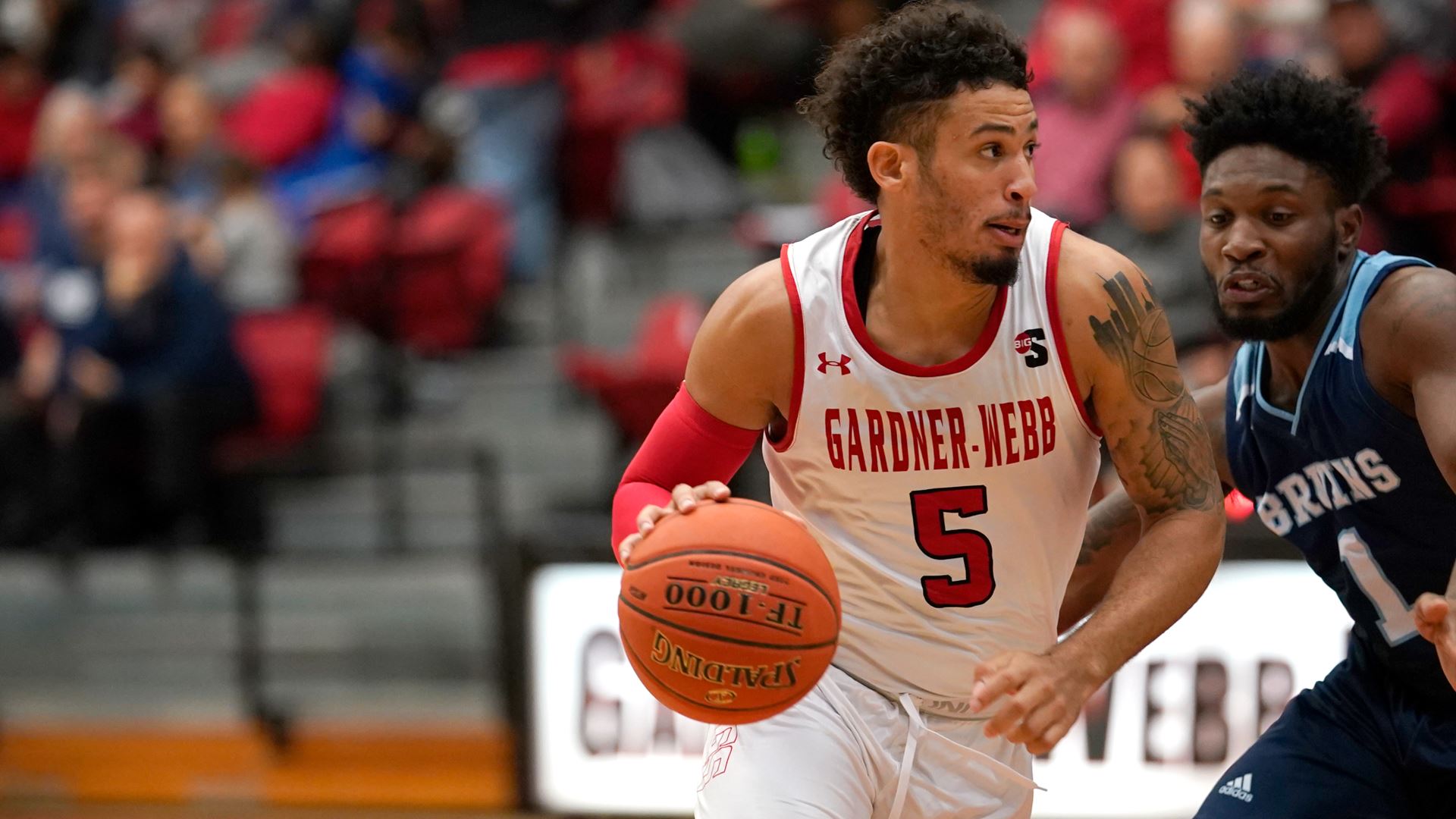 Christmas came early for three Division I teams as they treated themselves to some early presents against lower division competition on Thursday afternoon.

Coming off its first NCAA Tournament appearance in program history, Gardner-Webb (3-8) had been struggling through the first six weeks of the season, but found itself in a festive mood as Jose Perez scored a career-high 25 points and senior Eric Jamison, Jr., added 21 points to lead the Runnin’ Bulldogs to an easy 103-70 rout of Bob Jones University at Paul Porter Arena in Boiling Springs, N.C.

The 6-5 Perez, a first-team All Big South selection as a freshman last season, made 10 of 21 shots from the field, including three from beyond the arc, as Gardner-Webb jumped out to an 11-0 lead and never looked back.

Nate Ellenwood, a 6-5 senior guard from Parsippany, N.J., scored 18 points and dished off six assists for the Bruins, who had a four-game winning streak snapped while dropping to 6-6 on the season.  Jayson Barnhart and Kendall Norrington added 12 and 11 points, respectively.


Gardner-Webb is off until after the holidays when it will face Campbell in a Big South contest on January 2nd.

Trey Murphy III buried five 3-pointers and scored a game-high 21 points while pulling down 10 rebounds as Rice (8-4) broke the century mark for the first time this season in rolling past St. Thomas (Texas) 103-70 at the Tudor Fieldhouse in Houston on Thursday afternoon.

It was only the second loss of the season for the Div. III Celts — both to Division I squads.

Since the losses to Division I schools are considered exhibition games, St. Thomas officially remains unbeaten at 6-0.

Trejon Jacob scored a career-high 39 points as Florida International (8-3) breezed past Florida Memorial 99-74 in a 5 p.m. contest at the Ocean Bank Convocation Center in Miami.

Jacob, a 6-5 senior from Raleigh, N.C., made a blistering 17 of 20 shots from the floor, including hitting 4 of 6 from beyond the arc, as FIU posted its fifth straight victory.  Junior Eric Lovett, redshirt junior Blake Furcron and 6-1 sophomore Antonio Daye, Jr., each scored double figures for the Panthers, scoring 14, 11 and 10 points, respectively.


Florida Memorial’s Omar Outar scorched the nets for a team-high 30 points on 13 of 19 from the field.  The 5-8 senior guard from North Lauderdale, Florida, also made 4 of 6 shots from long-range for the Lions.

FIU, which leads the nation in blocked shots, plays at Stetson on Sunday while Florida Memorial (3-8) hosts Huntington University (Ind.) on Saturday.