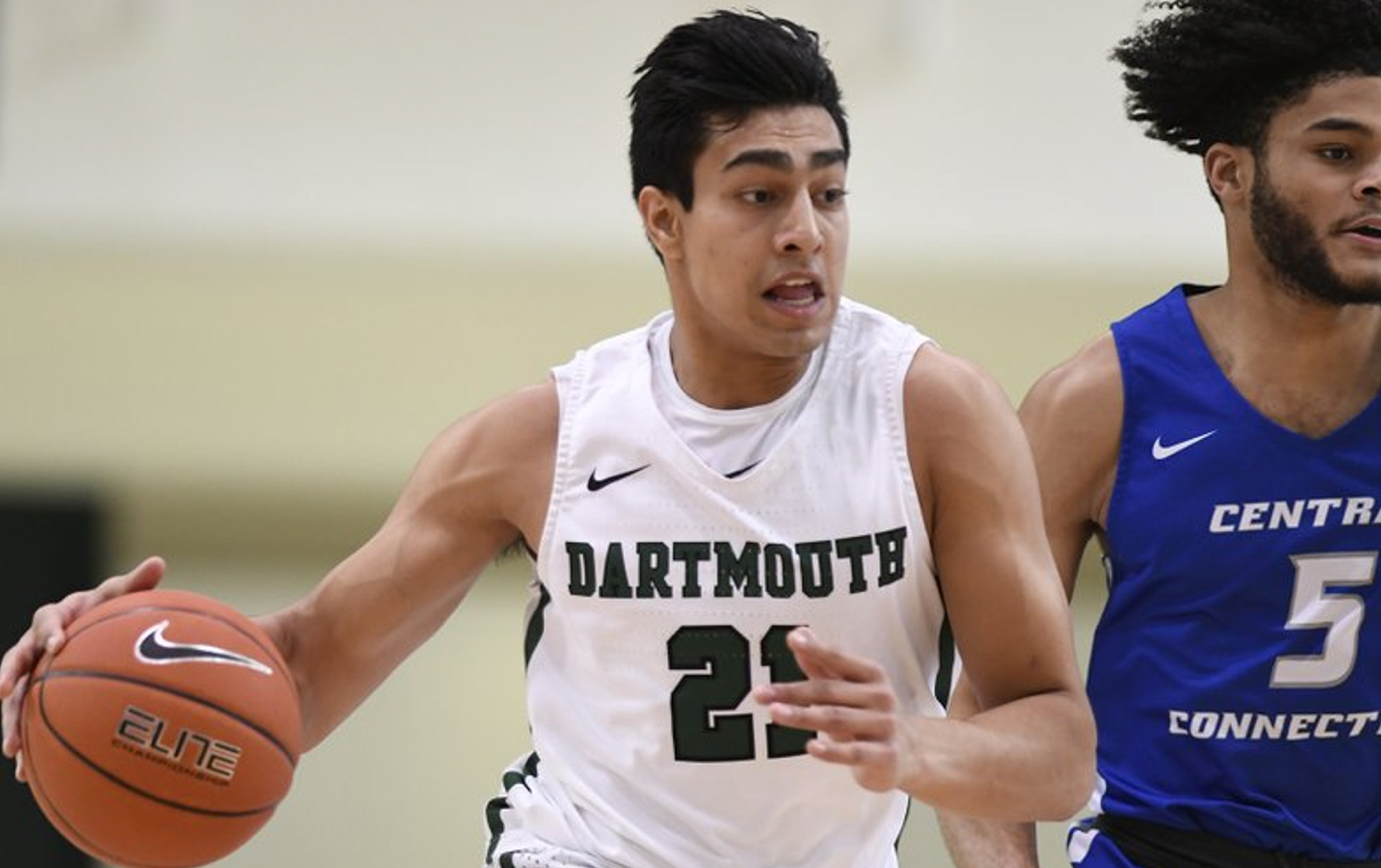 Chris Knight scored a game-high 18 points as Dartmouth (7-5) won for the second time in three games by pulling away from winless Central Connecticut State 76-60 Wednesday afternoon at the Leede Arena in Hanover, N.H.

Knight, a 6-7 junior from Madison, Wisconsin, was a perfect 8 for 8 from the field.

Aaryn Rai, added fourteen points and pulled down an equal number of rebounds, tying his career record, and dished off seven assists for the Big Green, who used a 9-0 spurt to put the game safely of reach in the final two minutes.  It was Rai’s third career double-double.

“Aaryn brought terrific energy to the floor today and was very active on the glass, particularly on the offensive end,” said head coach David McLaughlin in his post-game remarks.


Dartmouth, which jumped out to an early 13-4 lead, dominated the glass, outrebounding the Blue Devils 45-34.

Dartmouth hosts Bryant on Saturday while CCSU — one of only two NCAA Div. I teams without a win this season — concludes its three-game road trip against No. 23 Penn State on Friday night.

Florida A&M (0-8), which plays at Washington State tomorrow night and at Seattle University on Saturday, is the only other winless Div. I team in the country.

In other Wednesday afternoon action, sophomore Eddy Kayouloud scored 26 points and hauled down 13 rebounds as Central Arkansas (2-9) snapped an eight-game losing streak by defeating Incarnate Word 88-82 in overtime in the Southland Conference opener for both squads.

Wednesday’s victory marked the first for interim head coach Anthony Boone, who replaced sixth-year Russ Pennell on Monday after the university announced that Pennell would be taking an indefinite leave of absence for personal reasons.

Freshman Keaston Willis, a 6-3 guard from Sulpher Springs, scored a season-high 28 points, including drilling five shots from beyond the arc, for the Cardinals, who fell to 3-8 overall and 0-1 in the Southland Conference.

Sophomore guard Dwight Murray, Jr., added 14 points and grabbed eight rebounds while dishing off eight assists and coming up with three steals for UIW, which plays at the Pac-12’s Washington State on Saturday.