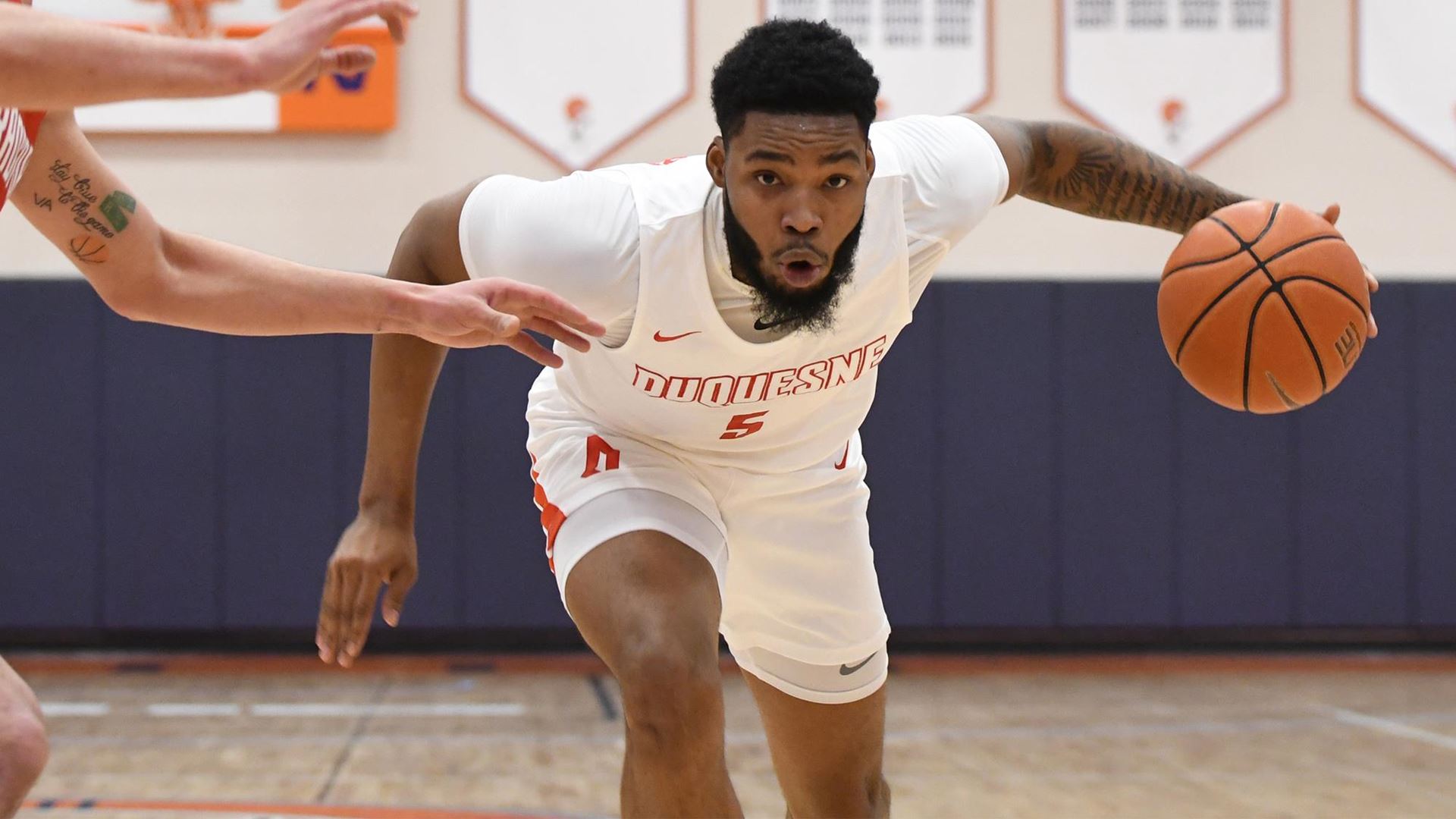 Weathers, a 6-5 junior from Overland Park, Kansas, scored 19 points and grabbed a game-high 13 rebounds to lead Keith Dambrot’s surprising Dukes to a ninth straight victory — the program’s best start since the 1968-69 season.

Diminutive guard Tavian Dunn-Martin chipped in a dozen points and Michael Hughes scored eleven points and blocked three shots for the Dukes, who never trailed in the contest.

Point guard Sincere Carry had six assists for Duquesne, which led 40-23 at halftime.


Carlick Jones, who was averaging a team-high 22 points, was limited to nine points on 2-of-10 from the floor for Radford, a preseason favorite to win the Big South title this year.

The Highlanders were limited to 31.6 percent shooting from the floor against Duquesne, which has held its first nine opponents to 56 points per game — tenth best in the nation.

It was the seventh time this season that the Dukes have held an opponent to fewer than 60 points and the third time they’ve limited a foe to 50 or fewer points.

“When a team is that good defensively they’re not just going to let you come down and score on the first option,” said ninth-year Radford coach Mike Jones.  “You’re going to have to move the ball.  You have to really get it inside and drive in there and play off two feet.  There were times that we drove the lane and forced shots instead of making the extra pass.  There were also a few times during the game that we played the right way.  We collapsed the defense, we made the extra pass and got good looks but just couldn’t get too many of those shots to fall.”


Duquesne, which is one of only five remaining undefeated teams in the country, shot 51 percent from the field while outrebounding the Highlanders 42-27.  The Dukes, who had twenty assists in the contest, also outscored Radford 34-16 in the paint.

With the neutral court loss — their worst setback and lowest point production of the season — the Highlanders fell to 3-6.

Duquesne, which received a vote in last week’s AP Top 25, plays Austin Peay next Saturday in the St. Pete Shootout in St. Petersburg, Florida, while Radford, which has lost several close games, including a 60-58 setback to UNC Greensboro last Saturday, will try to regroup against Mississippi State in Starkville on Wednesday.