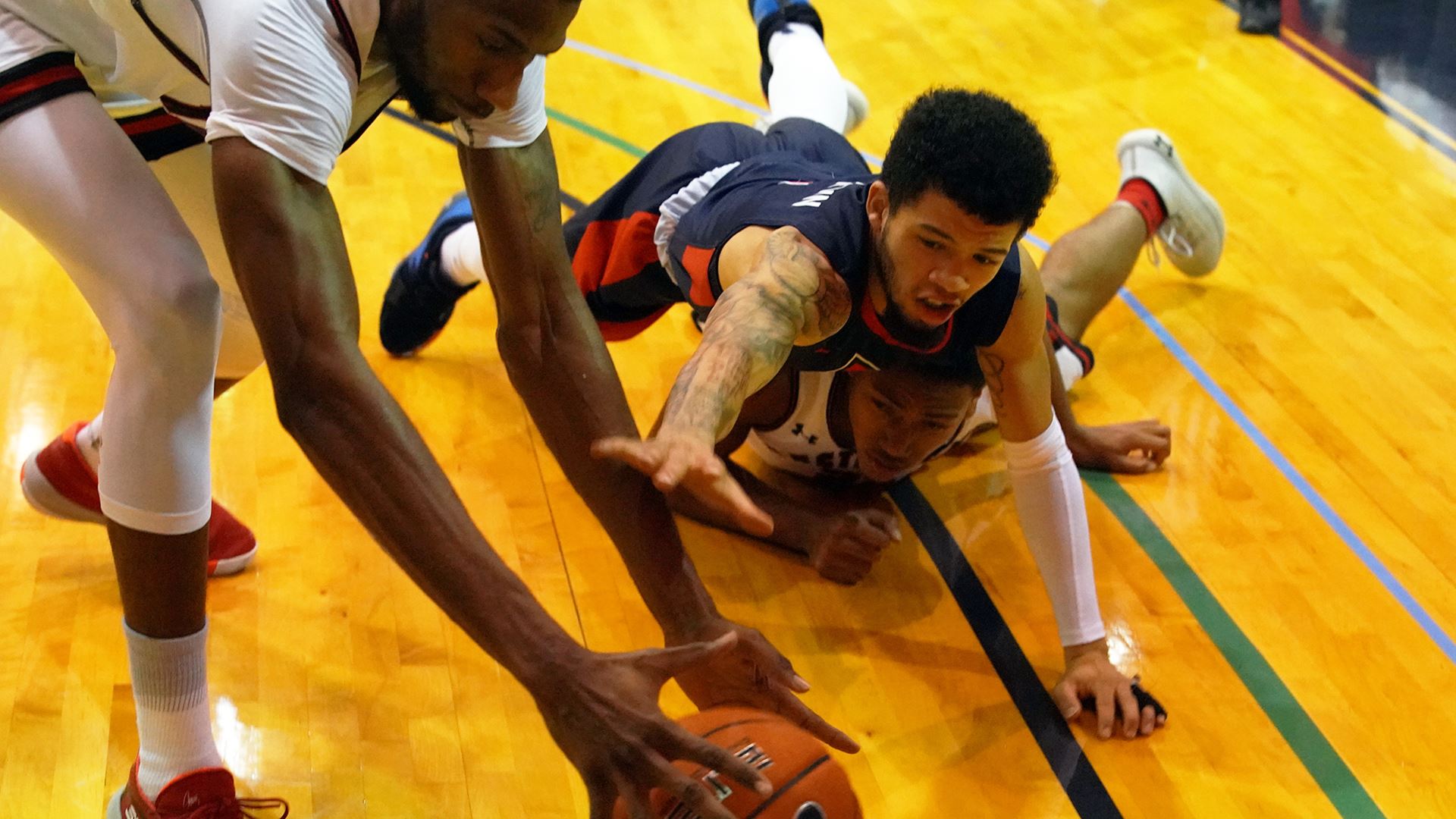 Marcus Weathers, a 6-5 junior forward from Overland Park, Kansas, made 8 of 10 shots from the floor while scoring a career-high 21 points to lead five players in double figures as undefeated Duquesne (10-0) survived a spirited effort by Austin Peay (5-6) to defeat the scrappy Governors 86-77 in the opening game of the St. Pete Shootout at Eckerd College’s McArthur Center in St. Petersburg, Florida.

Point guard Sincere Carry chipped in 19 points while dishing out five assists for the Dukes.

In the first meeting ever between the two schools, Duquesne built several double-digit leads in the contest, but struggled to seal the deal against the upset-minded Governors.

“They’re a tough team,” said Duquesne head coach Keith Dambrot in a post-game interview with longtime Duquesne radio play-by-play announcer Ray Goss and color commentator Jarrett Durham.  “We had them on the ropes a couple of times, but we just couldn’t put them away.”


The Governors, who cut Duquesne’s double-digit lead to a mere three points late in the game, were led by 6-2 freshman guard Jordyn Adams, who scored a game-high 23 points.  Closely guarded by Duquesne’s Michael Hughes, junior forward Terry Taylor, who has accounted for 31 percent of Austin Peay’s offensive output this season while averaging 24.6 points per game in his last five outings, was held to 16 points.

Duquesne’s best start ever occurred in 1953-54 when the Dick Ricketts and Jim Tucker-led Iron Dukes opened the season with 22 consecutive wins and were ranked No. 1 in the country before losing on the road to Cincinnati 66-52 in late February.

Duquesne, which entered Saturday’s contest with nine straight victories — its best start since 1968-69 — had better luck than the then-ninth ranked Dukes, who were also 9-0 when they were unexpectedly upset by the Pete Maravich-led LSU Tigers 94-91 in the championship game of the 33rd annual All-College Tournament in Oklahoma City in late December 1968.

The late Red Manning’s Dukes tried double and tripling “Pistol Pete” at times in that game, but the moppy-haired kid with floppy socks from Aliquippa, Pa., scored 53 points against Duquesne that night in late December 1968, ending the program’s best start in fifteen years.

One of only four remaining unbeaten teams in the country, Duquesne will look to extend its winning streak to eleven when it plays UAB tomorrow at 2:30 p.m.