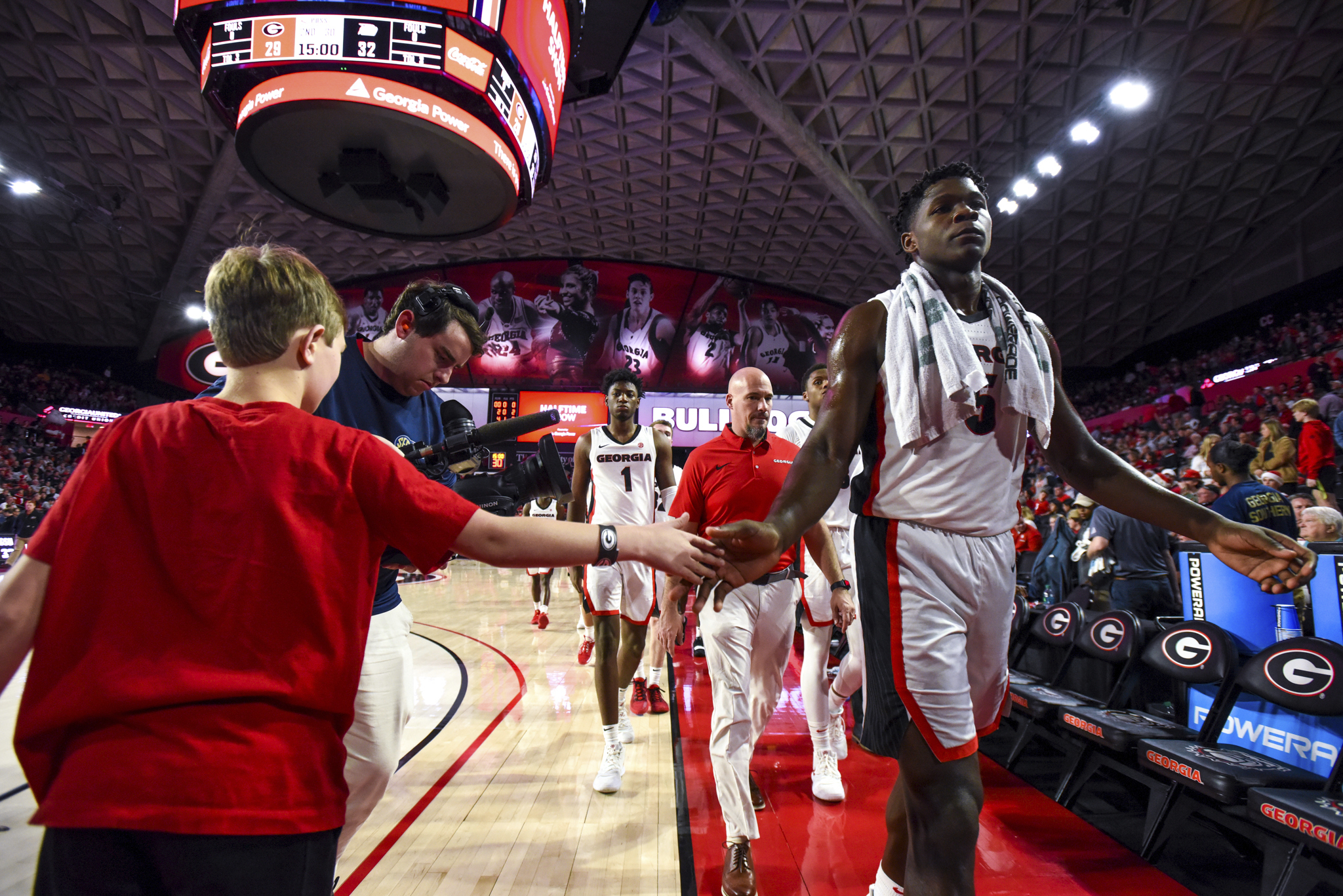 Sometimes Anthony Edwards plays like the 18-year-old freshman he is.

But there are other times when he plays like the potential NBA lottery pick he is touted to be.

Edwards scored the first seven points of the game and 10 of the last 12 as Georgia (8-3) rallied to beat Georgia Southern (8-5) 73-64 Monday night. Total it up, and he finished with 23 points to remain the highest scoring freshman in the country.

“Anthony had a fantastic game,” Georgia coach Tom Crean said. “He has to learn to play through the fouls. He turned it on really well.”

Edwards scored eight straight points over a two-minute span as the Bulldogs rallied from a 60-59 deficit with 5:16 to play. Georgia Southern led by as much as seven points in the second half.

Fellow freshman Toumani Camara added a career-high 16 points for Georgia (8-3), most on dunks.

Edwards scored the first seven points of the game. However, two quick fouls sent him to the bench less than four minutes into the game. He managed one more basket in the first half.

Georgia Southern mounted an eight-point run midway through the half, spread over three minutes of bad shooting by both teams to take its first lead, 23-22 with 7:11 to play on a fade-away by Smith.

The lead did not last long, but Georgia failed to score over the last 5:08 of the half after Camara’s basket gave the Bulldogs a 29-25 edge.

The Eagles scored the last seven of the half to go up 32-29 at intermission.


“We had two great days of practice,” he said. “But all of a sudden we looked like we were wearing cement books and had never seen a zone. We got better in the second half. We had 27 deflections, 13 assists and out-rebounded them by four.”

“I’ve done that before,” he explained. “We needed Sahvir to move around.”

Georgia briefly recaptured the lead early in the second half on Camara’s reverse layup, 33-32. But Smith sparked a 10-2 run by the Eagles with three baskets, including a 3-pointer, building a 42-35 lead with 17:09 to go.

The Bulldogs followed Wheeler’s lead on an 11-2 run to retake the lead on his pull-up jumper with 8:37 to play. Wheeler made two baskets during the rally and fed Camara for a throw-down on a fast break. Wheeler led the Bulldogs with seven assists.

The teams traded the lead before Donnell Gresham’s layup with 4:23 to play put Georgia ahead for good, 61-60. Then came Edwards’ push.

Georgia remained unbeaten at home (7-0) and drew 10,412 two days before Christmas. Six forthcoming Southeastern Conference games are already sold out. “We don’t get this win without this crowd,” said Crean. “They were fantastic. They helped us rise up and earn a victory.”

Georgia Southern statistically went toe to toe with Georgia, reflecting its experience. Their undersized zone defense gave Georgia fits in the first half, when the Bulldogs shot 39 percent. But they were no match for the athleticism of Anthony Edwards and Toumani Camara.

The game may be a microcosm of the upcoming season for Georgia, The talented freshmen continue to carry the team, but the Bulldogs’ youthfulness makes them prone to lapses. Tom Crean said that the adjustments made at halftime to attack the zone were nothing more than implementing what the team had done in practice but failed to execute in the first half.

Georgia has a week off before playing Austin Peay next Monday.