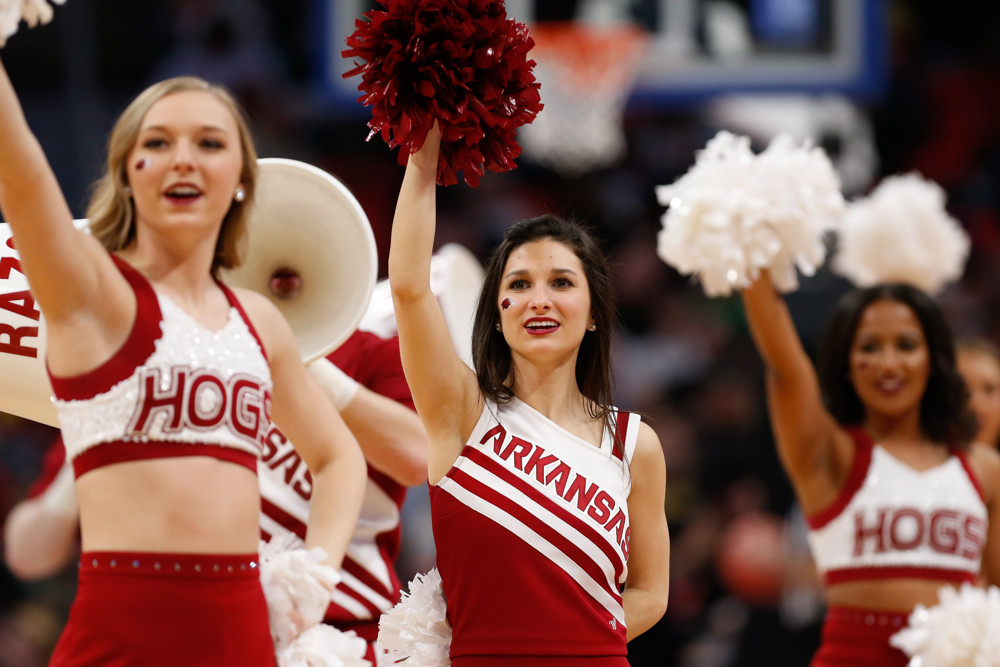 While all eyes were on the Louisville-Michigan battle of unbeaten teams, there was plenty of additional exciting college basketball action on Tuesday evening, including several games involving other undefeated teams.

Senior guard Kamar Baldwin scored a season-high 31 points as Butler (8-0) remained perfect with an impressive 67-58 win at Ole Miss (5-3).  Baldwin made 11 of 16 shots from the field, including a deadly 4-of-5 from beyond the arc.  The Bulldogs never trailed in the game.


SMU, too, remained unbeaten with a convincing 77-51 rout of visiting Northwestern State (2-5) at the Moody Coliseum in Dallas.  The Mustangs, who had five players in double figures, were paced by Isaiha Mike’s sixteen points.  SMU, which hosts Georgetown on Saturday, improved to 8-0.

Six-foot-five junior wing Terry Taylor, the leading returning scorer and rebounder in the Ohio Valley Conference, tallied a game-high 20 points for the Governors, who had their two-game winning streak snapped.

Senior C.J. Bobbitt, a 6-7 forward, calmly sank a pair of free throws with 12.5 seconds remaining as New Mexico State (5-4) handed previously unbeaten UTEP its first loss of the season in a 59-56 defensive struggle in Las Cruces.  A couple of desperation three-point attempts by the Miners in the closing seconds missed their mark as UTEP dropped to 5-1.

New Mexico State failed to score from the field in the game’s final 6 minutes and 3 seconds and Texas El Paso couldn’t score a basket in the final 5:12 as both teams combined to miss their last fifteen field-goal attempts.

Nineteenth-ranked Dayton (6-1), which trounced winless Houston Baptist 99-68, was one of three A-10 teams to prevail on Tuesday.


The A-10’s George Mason quietly improved to 9-1 with a 67-60 win over Jacksonville State (2-5) at EagleBank Arena in Fairfax Station.  Jordan Miller, a 6-6 sophomore from Middleburg, Va., who scored nineteen points, paced the Patriots while De’Torrion Ware, a 6-4, 200-pound sophomore, came off the bench to score nineteen for the visiting Gamecocks.

It was GMU’s fourth straight win since losing to sixth-ranked Maryland on Nov. 22.

Wagner transfer Blake Francis hit 6 of 9 shots from long range while scoring 29 points, tying his career best, as Richmond — another Atlantic 10 winner on Tuesday night — routed Hampton on the road 80-63.  With the victory, the Spiders improved to 7-1 while Hampton fell to 3-5.

In a battle of ranked teams, Vernon Carey, Jr., scored 26 points and grabbed eleven boards to go along with three blocked shots as No. 10 Duke (8-1) outlasted eleventh-ranked Michigan State 87-75 in East Lansing.  The Spartans (5-3), who looked out of sync and trailed 45-29 at halftime, were paced by Xavier Tillman’s twenty points.

No. 18 Baylor (6-1) jumped out to a 17-point halftime lead in cruising past winless Maryland-Eastern Shore 78-46 at the Ferrell Center in Waco.  Sophomore guard Jared Butler, who buried a half-dozen shots from beyond the arc, led the Bears with a game-high twenty points.

Andrew Jones, a fan favorite who battled leukemia last year, scored 20 points as the Texas Longhorns improved to 7-1 with a 67-57 victory over UAB (4-3) at the Frank C. Erwin Jr. Center in Austin.


Sacramento State (5-1) used its patient offense and stifling defense to limit NAIA Division II UC Merced to thirteen field goals in a 72-36 romp over the visiting Bobcats before a sparse home crowd of 412.  UC Merced shot 25.5 percent from the floor while missing 17 of 22 attempts from beyond the arc.

L.J. Figuero scored a game-high 19 points and grabbed a half-dozen rebounds as St. John’s improved to 7-2 with a 79-69 win over St. Peter’s (1-4) while San Francisco (7-2) lost for the second straight time, falling to visiting Arizona State 71-67 at the War Memorial Gymnasium in San Francisco in a late-night game.