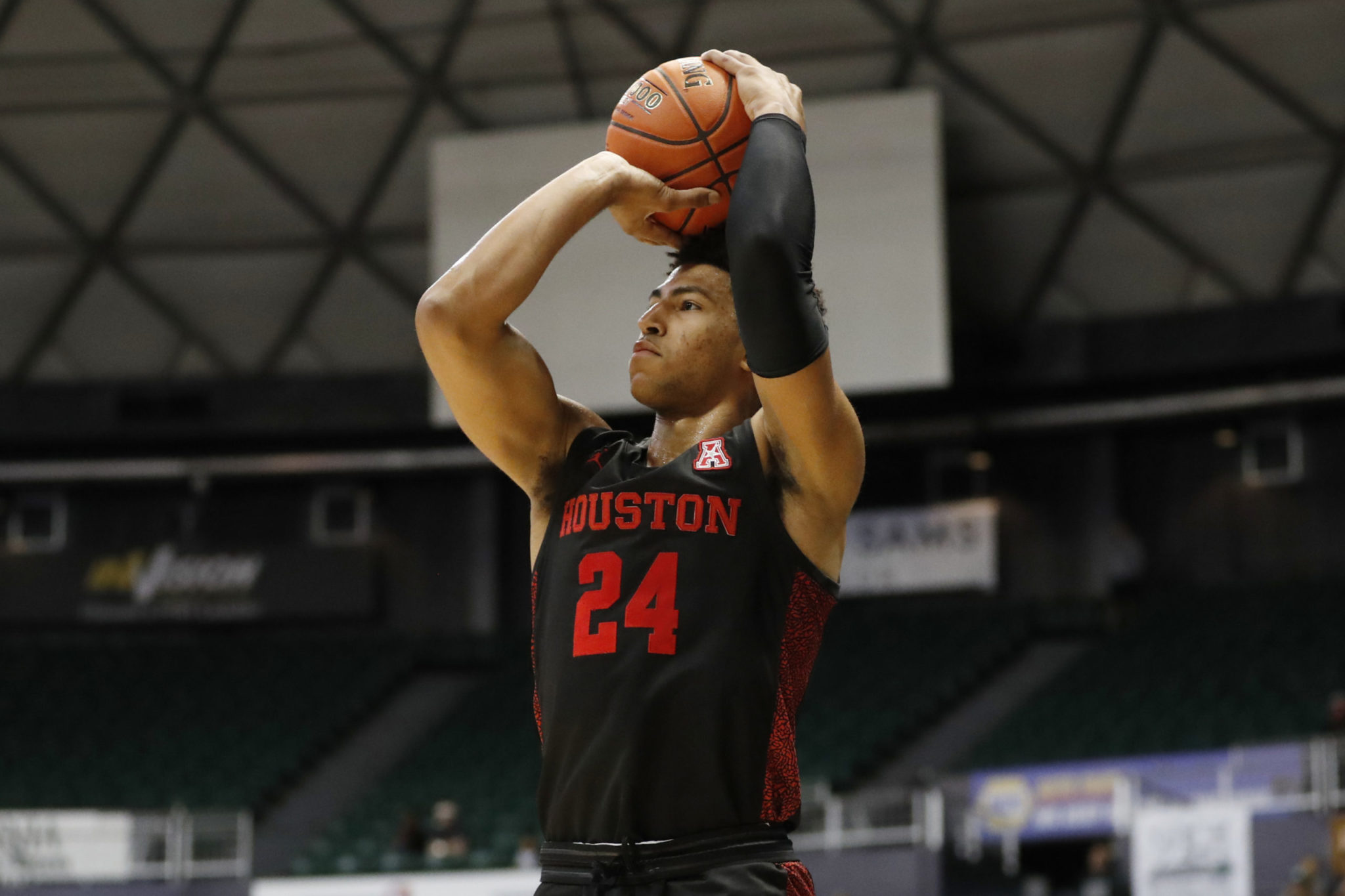 Sophomore guard Quentin Grimes, a Kansas transfer, added fourteen points for the Cougars while pulling down six rebounds and dishing off a team-high six assists.

Trailing by as many as fourteen points in the first half, Houston and Washington traded leads in the second half in the back-and-forth affair before the Cougars used a 7-0 run, capped by power forward Justin Gorham’s 3-pointer, to take a 66-60 lead with 3:22 remaining.

Washington (10-3), however, quickly battled back and trimmed the lead to a single possession at 69-67 on a layup by Isaiah Stewart with 28 seconds remaining before Houston salted the game away at the charity stripe.


Stewart, a 6-9 freshman who is averaging 19.2 points and nearly nine rebounds per game, paced the Huskies with a game-high 25 points.  He also pulled down eight rebounds.

Green, who has 70 assists on the season, also had seven assists in the loss.

Houston, which is coming off a 33-4 season and a Sweet 16 run and is predicted to finish third behind Memphis and Cincinnati in the American Athletic Conference, hosts UCF in an AAC contest on January 3rd while Washington hosts UCLA in Pac-12 game January 2nd before taking on USC three days later.

Six-foot-four sophomore Michael Devoe scored a game-high 18 points as Georgia Tech (6-6) used a late 21-2 spurt to rally past turnover-plagued Hawaii 70-53 to capture third-place honors.  Devoe, who hit a respectable 39.3 percent for 3-point range last season, drained 2 of 5 shots from beyond the arc.


The Yellow Jackets made just one of fifteen attempts from 3-point range in the 17-point loss.

Moses Wright, a reliable interior scorer, added 16 points for the Ramblin’ Wreck, who trailed by as many as nine points in the second half.

Georgia Tech, which trailed 32-29 at half, shot fifty percent from the floor.

Drew Buggs, who led the Big West Conference with 5.4 assists per game last year, and senior forward Zigmars Raimo each scored nine points for the Rainbow Warriors, who committed nineteen turnovers while falling to 8-5.

Georgia Tech faces No. 17 Florida State in an ACC road game next Tuesday while Hawaii will look to snap a two-game losing streak when it hosts Maine on Sunday in its final non-conference game.

Alston, whose father Derrick played for Duquesne in the early nineties and later spent two years in the NBA and sixteen seasons playing in Europe, made a crucial baseline jumper to give the Broncos a two-possession lead with 25 seconds remaining.

The younger Alston scored 71 points, including 32 in an opening round loss to Georgia Tech, on 24 of 45 shooting from the field while dishing off an impressive fourteen assists in the three-game tournament.

LSU grad transfer Daryl Edwards tallied a team-high 14 points for the Miners (9-4), who twice lost narrowly in the tournament.

Boise State, which is projected to finish fifth in the Mountain West, hosts Cal State-Northridge on Saturday while UTEP travels to Miami on January 2nd to take on Florida International in a Conference USA matchup.

The Cardinals drained ten 3-pointers in the contest, including five in the first seven minutes of the second half as Ball State quickly pulled away from the Pilots.

The game was knotted 19-19 at the break as neither team could find its offensive rhythm in the first half.

Six-foot-nine junior forward Tahirou Diabate scored a team-high dozen points for Portland, which dropped to 8-7 on the season.

Ball State returns to action on Monday when it hosts Toledo in a MAC contest while the Pilots, who have lost four in a row, have the unenviable task of facing top-ranked Gonzaga on January 2nd.