Ionescu leads No. 3 Oregon past LBSU with Kobe courtside 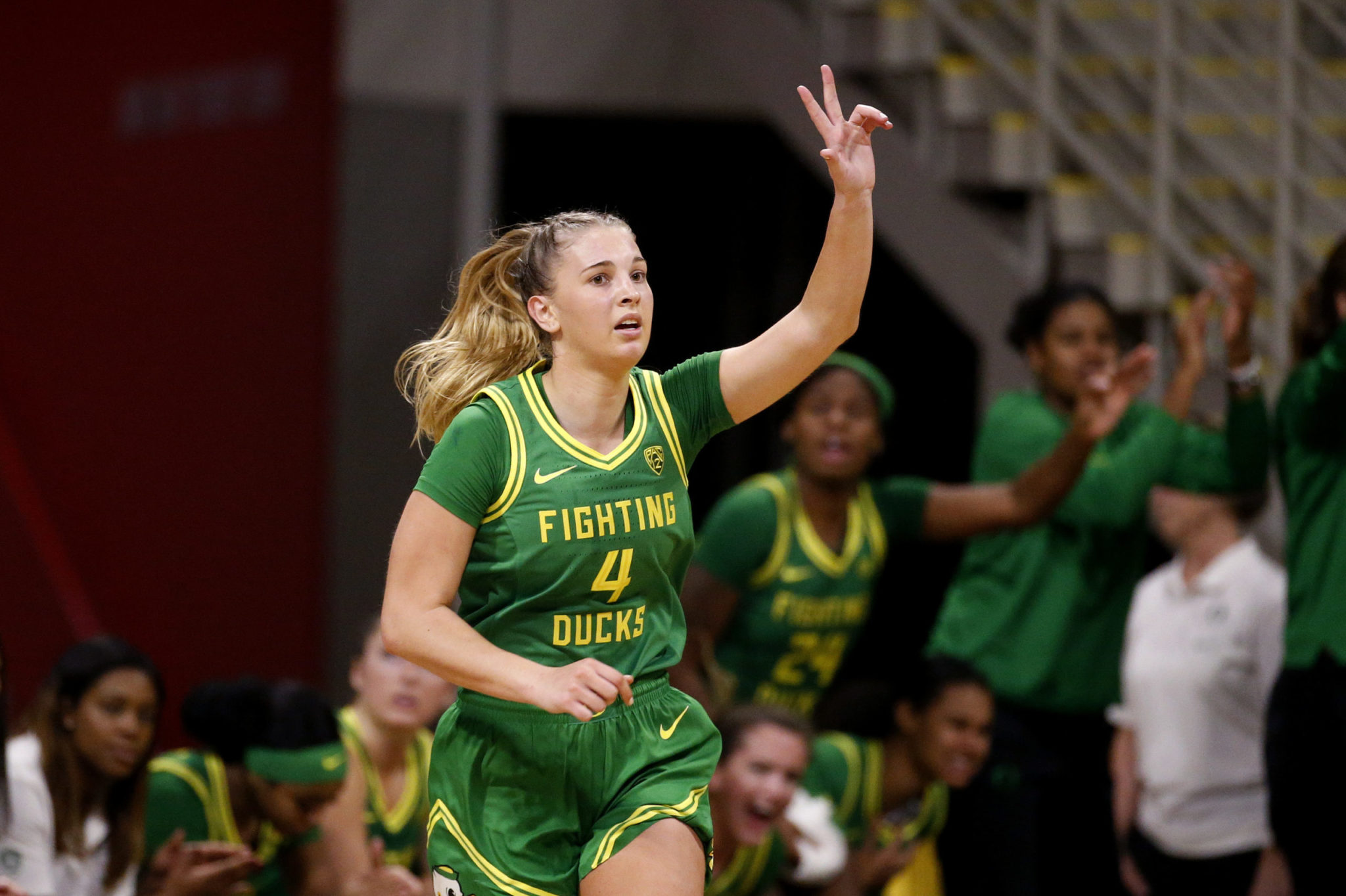 Even when she’s on the road, Oregon’s Sabrina Ionescu draws a crowd of admirers.

Ionescu had 21 points, 12 rebounds and seven assists, and No. 3 Oregon rolled past Long Beach State 81-45 on Saturday.

Ionescu scored 15 points in the first quarter, going 6 of 7 from the field and 3 of 3 from 3-point range, as the Ducks (8-1) jumped out to a 31-12 lead. Her 3-pointer with 1 second in remaining in the quarter was right in front of Kobe Bryant, who was watching courtside.

It was Ionescu’s 42nd career double-double. Afterward, fans at The Walter Pyramid swarmed her on the court.

Reserve Jaz Shelley scored a season-high 17 points, going 5 of 8 from 3-point range. She and Ionescu played 30 minutes apiece and were the only Ducks to score in double figures. No other Oregon player was on the floor longer than 22 minutes as coach Kelly Graves gave his reserves some extended action.

“Obviously ran into a buzz saw tonight. We schedule teams like this so we can see what the highest level is like,” Long Beach State coach Jeff Cammon said. “Competing against the best will make you better. We’re not defeated. It’s all about improving and getting better, and I thought we got better in some ways tonight.”

Oregon closed the opening quarter on a 20-2 run and held a commanding lead the rest of the way.

The Ducks held the 49ers to nine points in the third quarter to push the advantage to 61-35.

Long Beach showed flashes of promise, including an 11-2 run to close out the opening half.

Long Beach State: The Beach forced 23 Oregon turnovers. … It was the 13th meeting between the Beach and the Ducks. Long Beach won the first five and Oregon has won the last eight.

Oregon: The Ducks had 13 steals, matching their season high. … Ionescu moved into the top 10 of Oreong’s career list in rebounds (831) and steals (171). … The team posed for a photo with Bryant after the game.