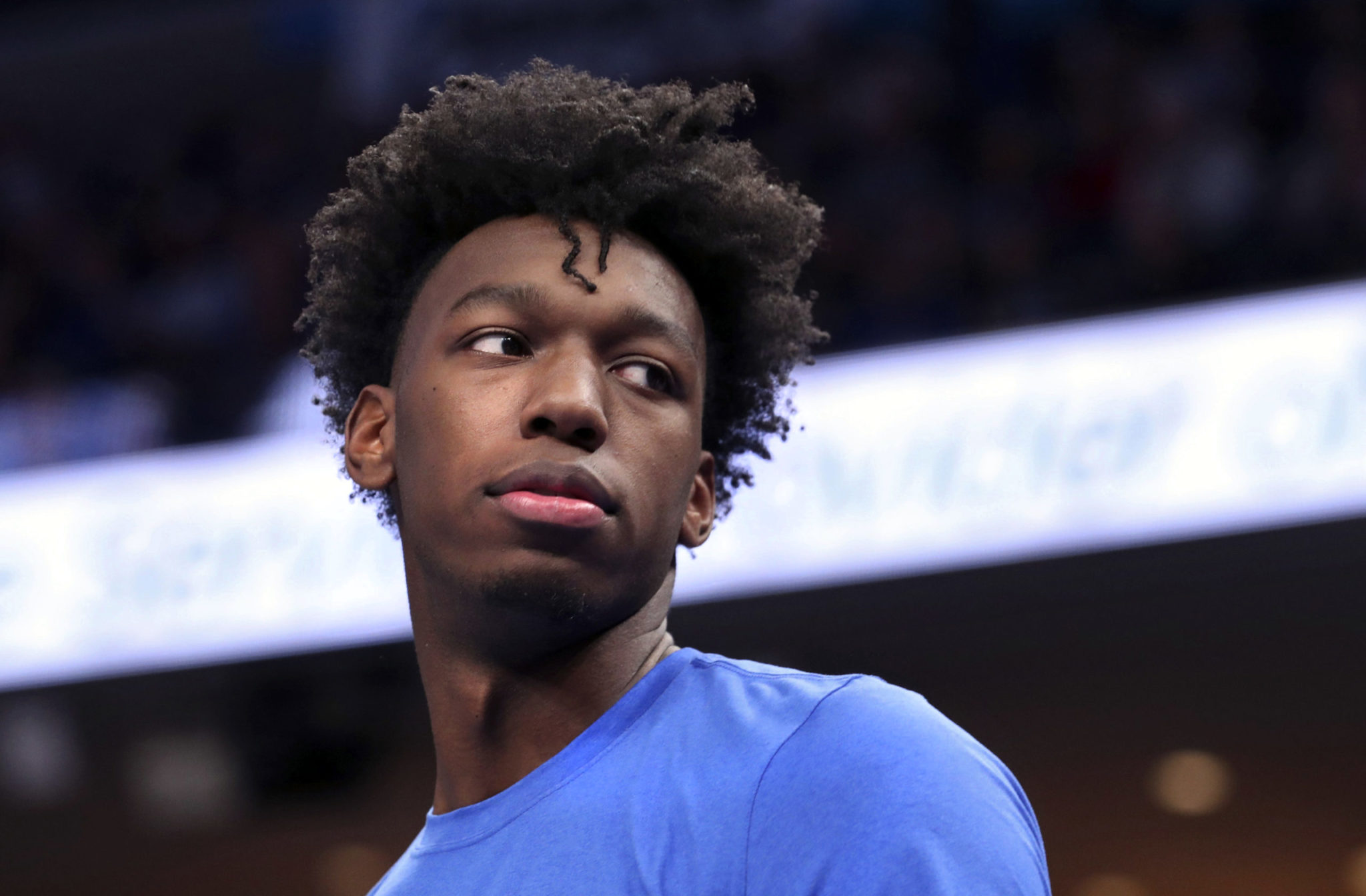 James Wiseman’s college career has come to an end after just three games with the Memphis center and likely NBA lottery pick saying on social media he has withdrawn from school to begin focusing on his pro career rather than sitting out the rest of a 12-game NCAA suspension.

The 7-foot-1 freshman announced his decision Thursday in an Instagram post, saying he was leaving school to start “preparing for the next chapter of my life.”

“Ever since I was a little kid, it’s been a dream of mine to play in the NBA,” Wiseman wrote.

Wiseman was the top 2019 high school prospect and is considered the potential No. 1 pick in the 2020 NBA draft.


This decision ends Wiseman’s tumultuous college career and his battles with the NCAA. Wiseman was the biggest prize in a Memphis recruiting class that was ranked as the nation’s best, but he had been serving an NCAA suspension for most of the season.

“We wish nothing but the best for James in his future endeavors as he follows his dreams,” Memphis coach Penny Hardaway said. “He will truly be missed.”

University of Memphis officials said in a statement that Wiseman’s announcement was disappointing.

“The UofM supports James and his family in his decision to leave to prepare for the 2020 NBA draft and will continue to follow James in what will certainly prove to be a successful career,” official said in the statement.

The NCAA suspended Wiseman 12 games because his family received $11,500 to assist in a move from Nashville to Memphis in the summer of 2017. Although Hardaway wasn’t Memphis’ coach at the time, the NCAA ruled the payment wasn’t allowed counting him as a booster for giving $1 million in 2008 to his alma mater for the university’s sports hall of fame.

The NCAA had ruled Wiseman needed to donate $11,500 to a charity of his choice to regain his eligibility — though that now seems like a moot point.


After the NCAA notified Memphis that Wiseman was “likely ineligible” just before the start of the season, Wiseman went to court and sued the NCAA and the University of Memphis. He played two games under a temporary restraining order obtained Nov. 8 in dramatic fashion less than an hour before tipoff of the Tigers’ second game of the season.

But in another turn of events, Wiseman ordered his attorneys to drop the lawsuit Nov. 14, which led to Memphis ruling him ineligible immediately. The NCAA announced the suspension Nov. 20 and denied Memphis’ appeal on Nov. 27.

Wiseman averaged 19.7 points and 10.7 rebounds in Memphis’ first three games. Wiseman had been due to sit out five more games before being able to return to the Tigers’ lineup Jan. 12 at USF.

He thanked Memphis’ coaches, staff and his teammates for pushing him in practice.

“This was not how I expected my freshman season to be, but I’m thankful for everyone who has supported my family and me throughout this process ..,” Wiseman wrote.

“I feel blessed for the opportunity to be a Tiger and for having the honor to play with these special group of guys. I can’t wait to see what all they accomplish this season. The friends and fans of Tiger Nation will always hold a place in my heart.”

Without Wiseman, Memphis (9-1) currently is ranked No. 11 in the country and has won seven straight, including a 51-47 win over then-No. 19 Tennessee last week.