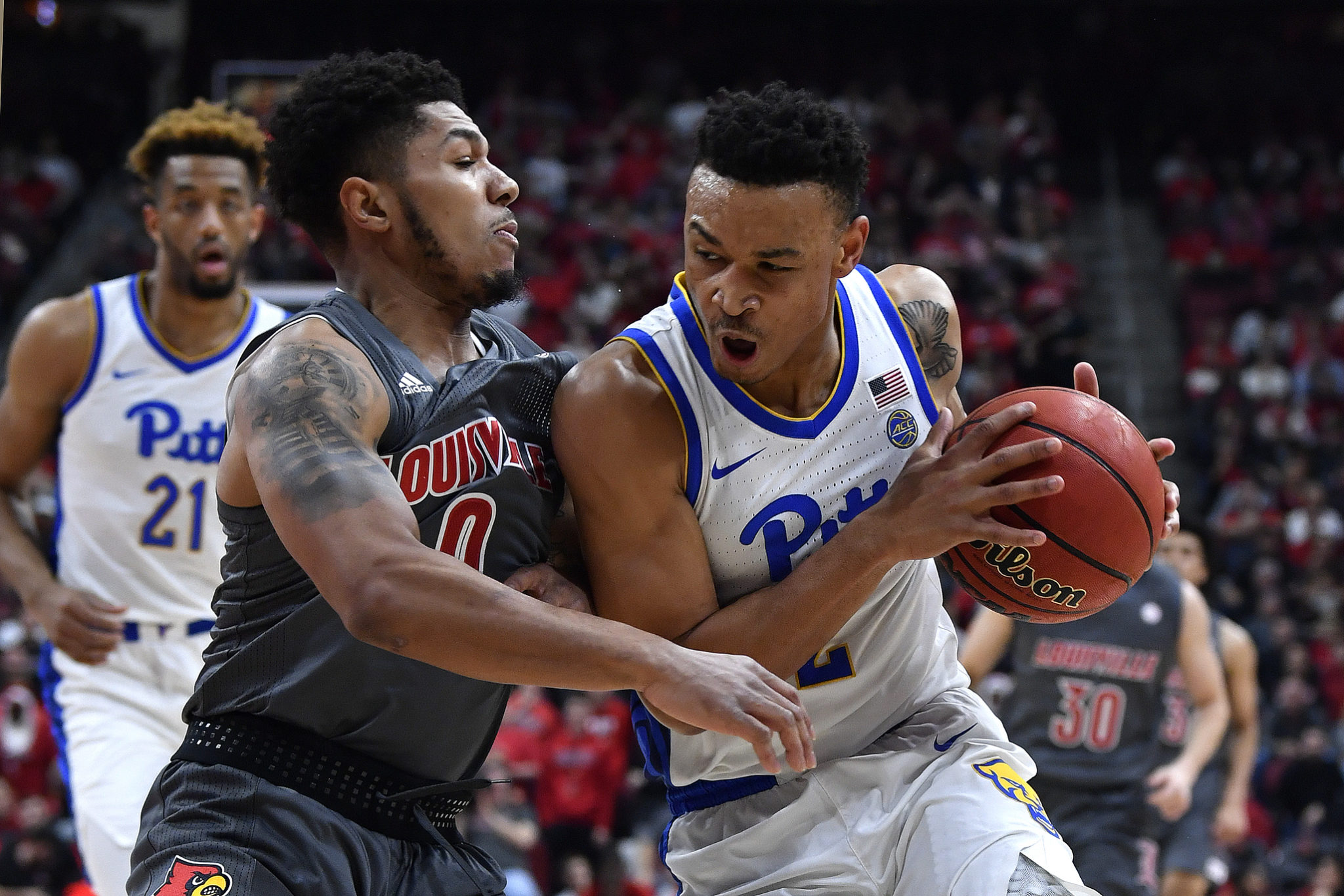 Top-ranked Louisville (9-0) connected on 9 of 17 shots from beyond the arc in defeating upset-minded Pitt 64-46 before a crowd of 17,249 at the KFC Yum! Center in Louisville last night in a hard-fought game that was much closer than the final score would indicate.

The Panthers, who trailed throughout the game, had narrowed the gap to 47-42 on a jumper by Xavier Johnson with 9:12 remaining and appeared to have all of the momentum, but a foul on Pittsburgh’s Toney Au’Diese moments later on a scramble for a loose ball resulting in a simultaneous second call — a technical on the Pitt bench — completely changed the game’s dynamics as the Cardinals outscored Pitt 17-4 down the stretch.

“I just think we were a little bit too emotional,” said Pitt coach Jeff Capel, commenting on the two fouls that seemingly altered the game’s complexion.  “We allowed the emotion of the game in situations to distract us.  When you’re playing against a really good team — especially a veteran team — and you’re playing on the road, you can’t do that.  That’s what we have — we, collectively, the coaches and everyone — we have to do a better job and control that.  We want to play with emotion, but we can’t be emotional.  We can’t do that.  And understanding how the game is being officiated, and then we have to adjust to that.”


Louisville’s Jordan Nwora led all scorers with 19 points while sophomore Xavier Johnson paced the Panthers with 15 points before fouling out.

Pitt, which dropped to 7-3 overall and 1-1 in the ACC, hosts Northern Illinois on Dec. 16 while Louisville will play Texas Tech in the Jimmy V Classic at Madison Square Garden in New York on Tuesday.

Rebounding from a season-low 43 point performance in a fifteen-point loss at Louisville on Tuesday, fourth-ranked Michigan (8-1) surpassed the century mark in a 103-91 shootout with Iowa in their Big Ten opener at the Crisler Center in Ann Arbor on Friday night.

Iowa’s Luka Garza, a 6-11 junior who came into his own last season, set a Crisler Center record for the most points scored by an opposing player by scoring a game-high 44 points.  The previous record was held by Ohio State’s Dennis Hopson, who scored 39 points against Michigan in 1987.  Michigan’s Rudy Tomjanovich, who later led the Houston Rockets to back-to-back NBA championships, holds the all-time Crisler record with 48 points in a game against Indiana in 1969.

Tre Jones tallied ten of his fifteen points in the second half as tenth-ranked Duke (9-1) rallied past Virginia Tech 77-63 in Blacksburg, Va.  Virginia Tech was paced by P.J. Horne, who also scored 15 points as the Hokies fell to 6-3.