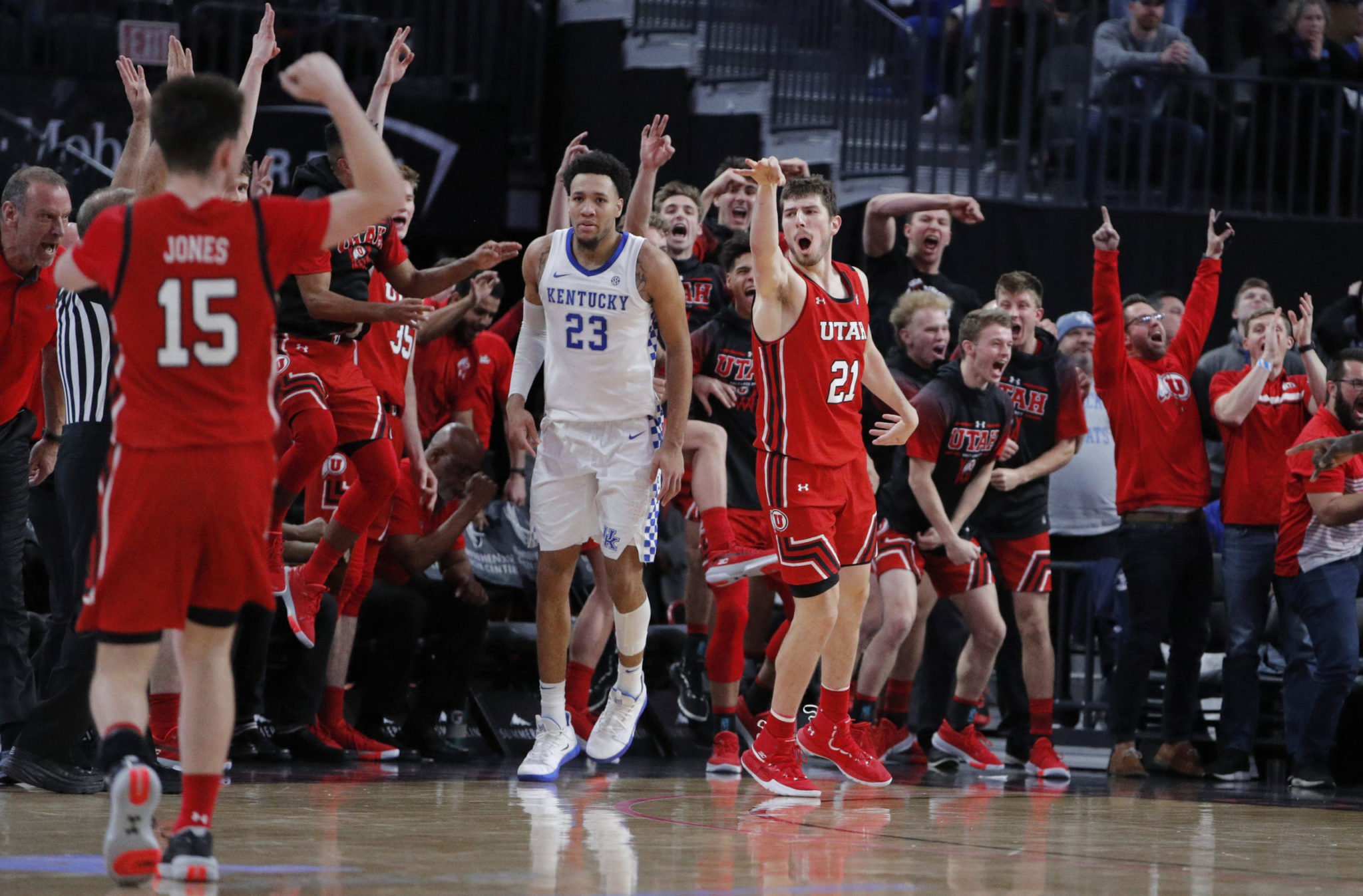 While seven of the nine nationally-ranked teams in action on Wednesday survived unscathed, unranked Saint Mary’s (11-2) arguably looked like one of the most dominant squads in the country as senior guard Jordan Ford poured in 34 points and 6-8 junior forward Malik Fitts added 20 as the Gaels pummeled Arizona State 96-56 in the Hall of Fame Showcase at the Talking Stick Arena in Phoenix.

Saint Mary’s, which led by a startling 51-19 at halftime, made sixteen 3-pointers in the blowout.  Ford, who scored an eye-opening 16 points in the game’s first six minutes, buried 7 of 11 shots from beyond the arc as the Gaels won their second straight game after falling at home to the Atlantic 10’s Dayton Flyers by ten points on Dec. 8.

Arizona State’s Alonzo Verge, Jr., led all scorers with a career-high 43 points on 18-of-29 shooting as the Sun Devils dropped to 8-3.  Remarkably, only two other ASU players scored in the lopsided loss.

Tenth-ranked Baylor (8-1) was also victorious on Wednesday, cruising past UT-Martin 91-63, as were the turnover-plagued, fifteenth-ranked Spartans of Michigan State, who narrowly held off Northwestern 77-72 in a Big Ten matchup in Evanston.

Playing for the first time in ten days, No. 20 San Diego State (11-0) — one of only four remaining unbeaten teams in the country — had an easy time of it as the Aztecs romped over outmanned San Diego Christian College 92-48 at the Viejas Arena.

San Diego State, which led 45-27 at the intermission, is off to the program’s best start since winning its first twenty games in 2010-11 — a year the Aztecs reached the Sweet 16 while finishing 34-3.

Sixth-ranked Kentucky (8-2) wasn’t so fortunate as the overrated Wildcats lost for the second time season, losing 69-66 to unranked Utah (9-2) in Paradise, Nev.  Kentucky had rallied furiously from a 17-point deficit to tie the game with 1:43 remaining before Utah’s Timmy Allen hit a floating jumper to give the Utes the lead — and the victory.


Sputtering offensively throughout the night, No. 21 Tennessee (7-3) also went down to defeat on Wednesday, falling to Cincinnati 78-66 at the Fifth Third Arena in Cincinnati.  Cincinnati (7-4) completely dominated inside the paint, shredding the nationally-ranked Vols for 46 points from close range.

Led by Trevon Scott’s 15 points, the Bearcats had six players in double figures.

In other games involving teams off to solid starts this season, a few of whom are on the periphery of the Top 25, Quentin Goodin scored a career-high 25 points and Jason Carter added 16 as Xavier (10-2) downed Western Carolina 74-61, resurgent DePaul (11-1) won for the eleventh time in twelve games with a 73-65 win at Cleveland State, St. John’s (10-2) used a balanced scoring attack to rout Albany 85-57 at the Carnesecca Arena in Queens, Central Florida (9-2) overcame a 34-21 halftime deficit to beat Bethune-Cookman 70-65, and the A-10’s Richmond Spiders improved to 10-1 with a hard-fought 62-59 road win against Old Dominion.

Justin Bean, a 6-7 sophomore from Moore, Okla., grabbed an offensive rebound on a missed 3-pointer and hit a short bank shot at the buzzer as Utah State (11-2) won for the eleventh time this year with a thrilling 76-74 overtime victory against visiting South Florida (6-5) in the Battleground 2K19 in Houston.

Off to its best start in 35 years, Oregon State (9-1) won its seventh straight — its longest winning streak since the 1992-93 season — by downing Texas-San Antonio 88-78 in Houston.  Junior guard Ethan Thompson and 7-foot center Kylor Kelley scored 23 points apiece for the Beavers.