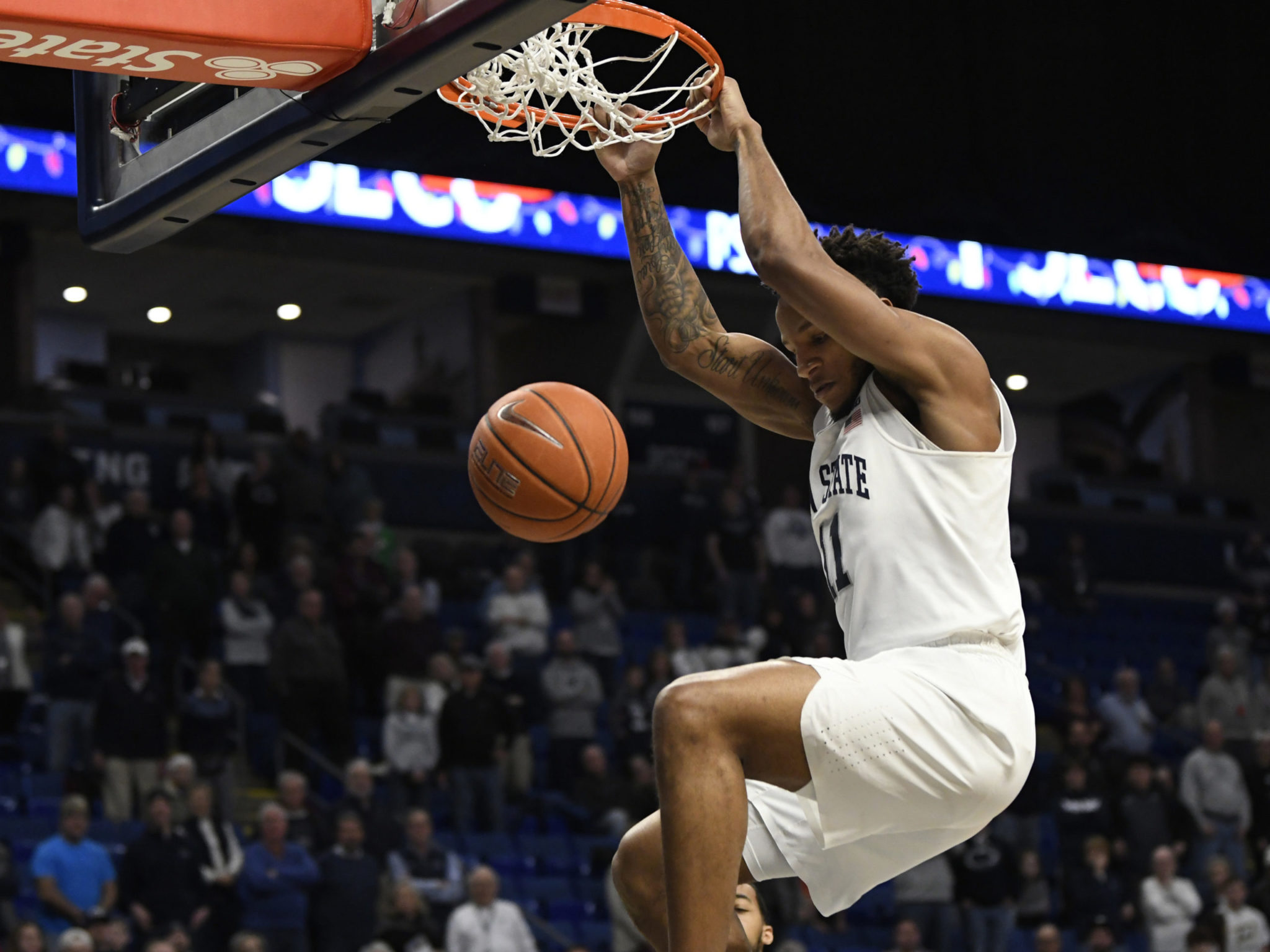 More than two decades had passed since Penn State celebrated a win as a ranked team in basketball.

The 23rd-ranked Nittany Lions, who snapped their 23-year drought with an 87-58 win over Central Connecticut on Friday, believe they can sustain their best stretch of play in coach Patrick Chambers’ nine seasons.

“I truly believe our best basketball is ahead of us,” Chambers said. “We haven’t seen this team hit on all cylinders yet.”

But the Nittany Lions appear to be close.

Myreon Jones scored 11 of his 21 points in the first half and the Nittany Lions (10-2) notched highlight after highlight in their third-straight win and 12th in a row at home dating to last season.

Izaiah Brockington scored 11 points and Lamar Stevens added 10 for the Nittany Lions (10-2), who led for all but 53 seconds.

Ty Outlaw had 14 points for the Blue Devils (0-12), who trailed by as many as 32 points with just over six minutes to play.

Less than a minute in, Stevens got open under the basket and threw down a dunk without a blue jersey around him. That started a 27-10 run in which Penn State went 11 for 11 from the floor, including 5 for 5 from 3-point range.

The Nittany Lions, who shot 62% from the floor in the first half, didn’t miss until Curtis Jones clanked a 3 off the rim with 11:20 left in the half.

Outlaw scored 14 of Central Connecticut’s first 19 points before getting some help from Zach Newkirk, Ola Olamuyiwa and Jamir Reed. They matched Penn State’s last four baskets over the final 4:21, but the Nittany Lions led 51-31 at halftime.


Reed opened the second half with a 3-pointer, but Penn State put together a 13-0 run over the next 4:16 to put the game further out of reach.

“The frustration there is we’re 0-12 right now,” Central Connecticut coach Donyell Marshall said. “They’re looking at the losses too. They keep getting upset because I keep telling them how much better we’re getting, but they only look at the loss.”

Trey Tennyson hit a 3-pointer in the waning seconds that prevented what would’ve been Central Connecticut’s sixth loss by 30 points or more this season.

“A lot of people are going to look at the score and look at the loss,” Marshall said. “But earlier in the year, we would’ve lost this game by 50.”

He finished with eight points on 4-for-4 shooting but did most of his damage on the defensive end. He had three blocks in the first eight minutes to help set the tone and finished with five blocks and eight rebounds.

“He’s such a great shot-blocker and his timing’s amazing,” Chambers said. “He puts fear into anybody that’s coming into the paint.”

Central Connecticut: The Blue Devils’ youth and lack of chemistry is evident. They have 10 new faces in the program, including seven freshmen, and entered the afternoon losing by an average of 23.4 points per game.

Penn State: Despite a six-day layoff, the Nittany Lions got off to a fast start. Of their next five opponents, only Iowa and Rutgers have winning records.

Travis Johnson is a reporter for The Associated Press.