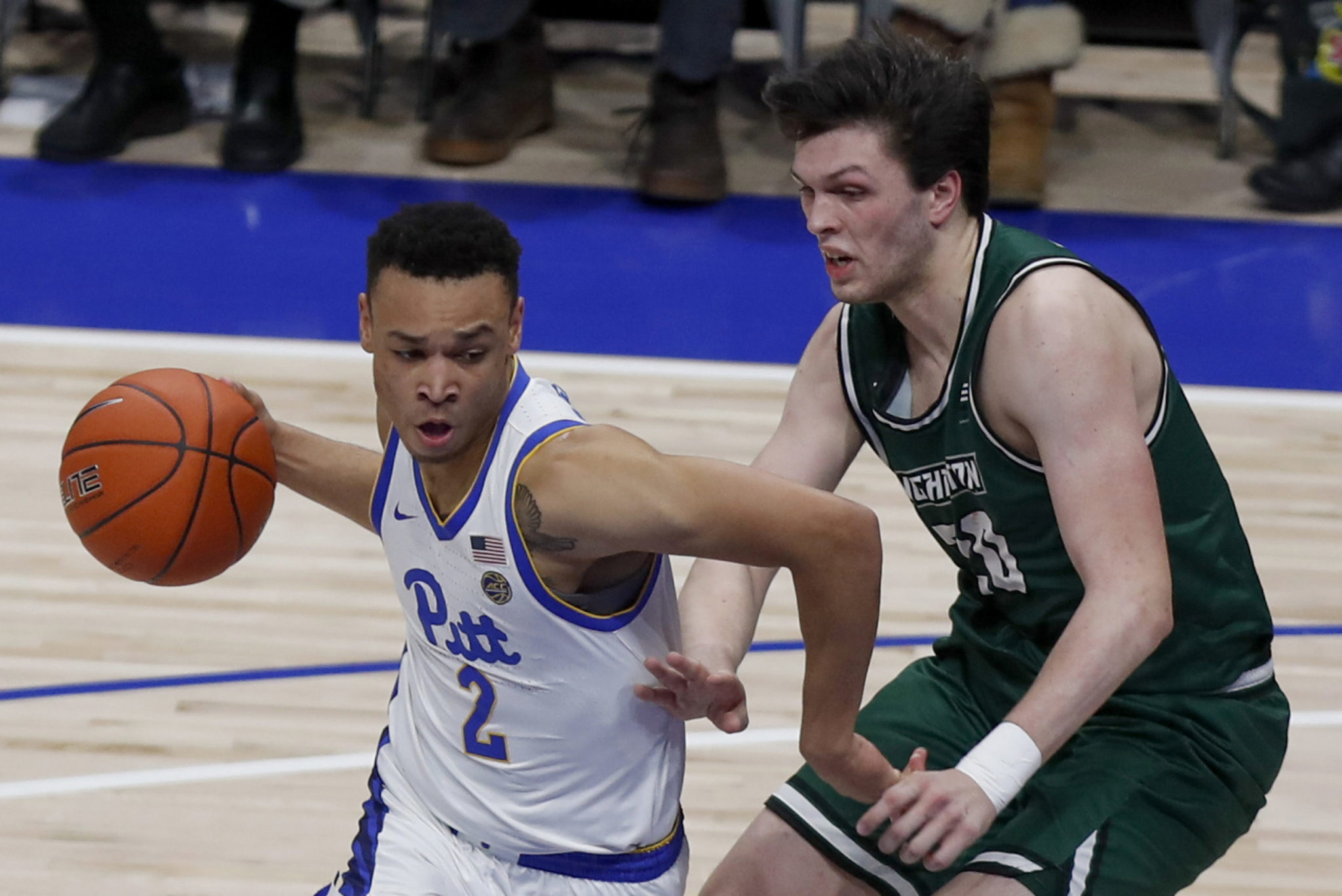 While Penn State, an easy 87-58 victory over winless Central Connecticut State, was the only nationally ranked team in action yesterday, there were several other noteworthy games across the country on Friday.

One of the poorest shooting teams in the country from 3-point range, Pitt (9-3) made 7 of 19 shots from beyond the arc in routing Binghamton 79-53 at the Petersen Events Center in Pittsburgh on Friday night.

Justin Champagnie, a 6-6 freshman from Brooklyn, paced the Panthers with 14 points and 10 rebounds.


Freshman Sahvir Wheeler, whose layup in the final seconds of regulation sent the game into overtime, drove for another layup with two seconds remaining in the second overtime to lift Georgia (7-3) past SMU 87-85 in Athens.

Rayshaun Hammonds, a 6-9 forward, led the Bulldogs with 21 points and eleven rebounds.

With the razor-thin victory, Georgia remains unbeaten at home this season.  The Bulldogs host Georgia Southern on Monday while Southern Methodist will host Georgia State that same evening.

Sophomore Trey Wertz tallied a season-high 28 points as Santa Clara (12-2) romped past road-weary Mississippi Valley State 100-71.  Wertz drained 11 of 14 shots from the field against the Delta Devils, including 6 of 8 from beyond the arc as the Broncos won their fourth consecutive game and ninth in their past ten outings.


Jordan Lyons, a 5-11 senior guard from Peachtree City, Georgia, hit a winning layup with 17 seconds remaining as Furman improved to 11-3 with a 64-62 victory over Mercer (5-7) in Macon, Ga., on Friday night.  Lyons is averaging sixteen points per game.

The Paladins, who have won four straight following a 3-point loss at unbeaten Auburn on Dec. 5th, play at VMI on New Year’s Day.

Delaware (10-3), which opened the season with a program-record nine straight wins before losing at George Washington in early December, lost for the third time this season as the Blue Hens fell to LIU 82-75 in overtime.  Raiquan Clark scored 24 points and grabbed nine rebounds for the Sharks, who improved to 4-7.

JaQuori McLaughlin scored a career-high 24 points and Amadou Sow added 23 as UC Santa Barbara improved to 8-4 with a 77-68 win over Southern (3-10).  The Gauchos rallied from an eight-point halftime disadvantage in securing their eighth win of the season.  It was UCSB’s seventh win its last eight games.


In other Friday night action, Clemson (6-5) limited Jacksonville (7-7) to a meager eleven points in the second half in throttling the Dolphins 68-39, 6-8 freshman center Tre Mitchell scored 23 points as UMass evened its record at 6-6 with a convincing 74-53 win over Maine (3-9), Stef Smith scored 20 points as host Vermont (8-5) routed visiting Lipscomb 86-63, and New Williams buried a half-dozen 3-pointers while scoring a season-high 24 points as Fresno State (4-7) trounced IUPUI 95-64.

Alabama State’s Cameron Alford scored 26 points as the Bulldogs — winning for just the third time this season — outlasted North Alabama 92-80, Maurice Howard made 6 of 9 shots from beyond the arc while scoring a season-high 24 points as Alcorn State (4-6) crushed NCCAA-member Ecclesia 122-71, and Norfolk State (4-9) defeated Bowling Green 72-67 in overtime in the second game of the Battle of the Boardwalk in Atlantic City.