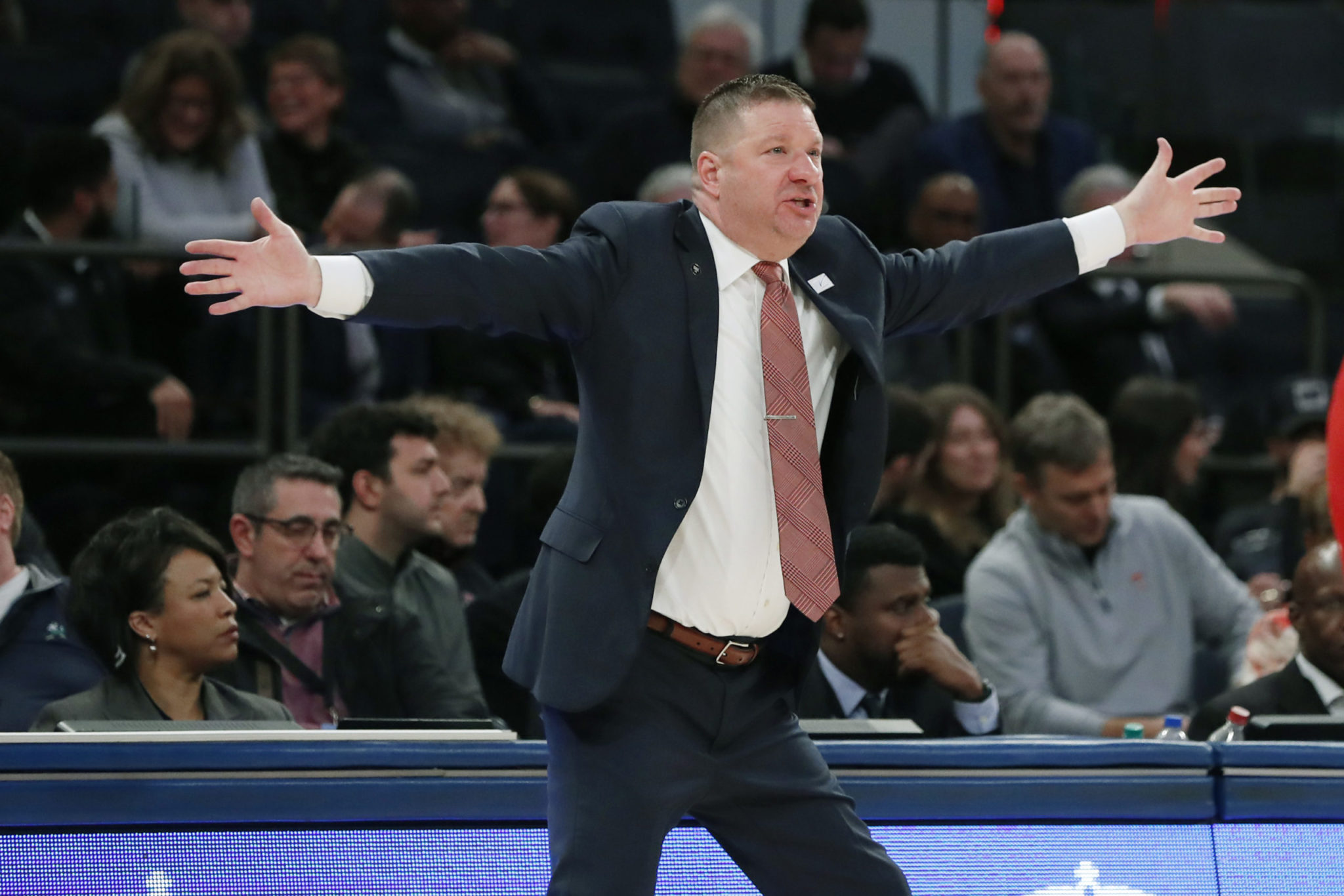 The Red Raiders, who returned to the AP Top 25 this week after a two-week hiatus following their 70-57 upset of top-ranked Louisville at Madison Square Garden last Tuesday, trailed by seven at half, but pulled ahead for good on a layup by Kyler Edwards with less than nine minutes remaining.

LaDavius Draine and Gabe Watson scored 21 and 20 points, respectively, for first-year coach Jay Ladner’s Golden Eagles (3-9), who lost to a nationally-ranked team for the third time this season.

Coming off the bench, sophomore Trey McGowens scored a team-high 18 points as Pitt (8-3) defeated Northern Illinois 59-50 at the Petersen Events Center in Pittsburgh.  Trailing much of the contest, the Panthers scored the game’s final fifteen points as the Huskies went ice cold, missing their last eleven field-goal attempts.

Delaware (10-2) snapped a two-game losing streak after starting the season with a program-record nine consecutive wins by downing Delaware State 86-78 in a Route 1 Rivalry on Monday night in Wilmington.  Dylan Painter, a mid-year Villanova transfer, came off the bench to score 19 points and Nate Darling, a 6-5 redshirt junior from Nova Scotia, chipped in 18 points and handed off a career-high seven assists for the Blue Hens.

Senior John Crosby, a 6-2 guard from Baltimore who entered the game averaging 21 points per outing, scored a game-high 30 points and grabbed eight rebounds for Delaware State, which fell to 1-10.

Kent State (8-2) lost for only the second time this season as the Golden Flashes fell to UC Irvine 74-68 in the tournament’s other opening-round game.  Collin Welp scored 18 points for the Anteaters, who improved to 7-5.  Kent State will square off against NCA&T in Tuesday’s consolation game.

Teshaun Hightower and Nic Thomas combined for 28 points as Tulane (8-2) topped Alcorn State 68-57 on Monday night.  It was the fifth straight home victory for the Green Wave, who host Akron on Friday before playing at 11th-ranked Memphis on Dec. 30th.


Isaiah White, a graduate transfer from Maine, scored 19 points as Portland quietly improved to 8-3 by defeating winless Florida A&M 66-60 on Monday evening at the Chiles Center in Portland.

The Pilots, who won only seven games last season and haven’t appeared in the NCAA Tournament since 1996, round out December with home games against Jackson State and Houston before hosting second-ranked Gonzaga on Jan. 2.

Stevie Jordan scored 23 points, including 14 from the charity stripe, as Rider improved to 7-2 with a 74-64 victory over visiting Marist (1-6) in a Metro Atlantic Athletic Conference (MAAC) opener on Monday.  Jordan, a 6-foot senior guard from Bensalem, Pa., made 14 of 17 free throw attempts and came up with six steals, tying his career record.  He also dished off five assists.

It was Rider’s fifth straight win.

Michael Cubbage paced the Red Foxes, who have lost six in a row, with a team-high 15 points.


James Rider and Trevonn Pitts scored 15 points apiece for the winless Griffins, who fell to 0-10.

The Tigers, who have only played two home games thus far, play at the University of Portland — one of the country’s most improved teams — on Thursday before taking on 13th-ranked Memphis and 11th-ranked Baylor in back-to-back games to close out the month of December.


In what might have been the two most thrilling games of the night, Devearl Ramsey and Jaquori McLaughlin combined for 38 points as UC Santa Barbara (7-4) outlasted Idaho State 74-68 in overtime in Pocatello and senior guard Joe Mooney drained a 3-pointer at the buzzer as UC Davis (5-8) rallied from a 14-point halftime deficit to narrowly beat visiting Loyola Marymount 67-65.