Texas Tech stuns Louisville as fourth No. 1 team goes down to defeat 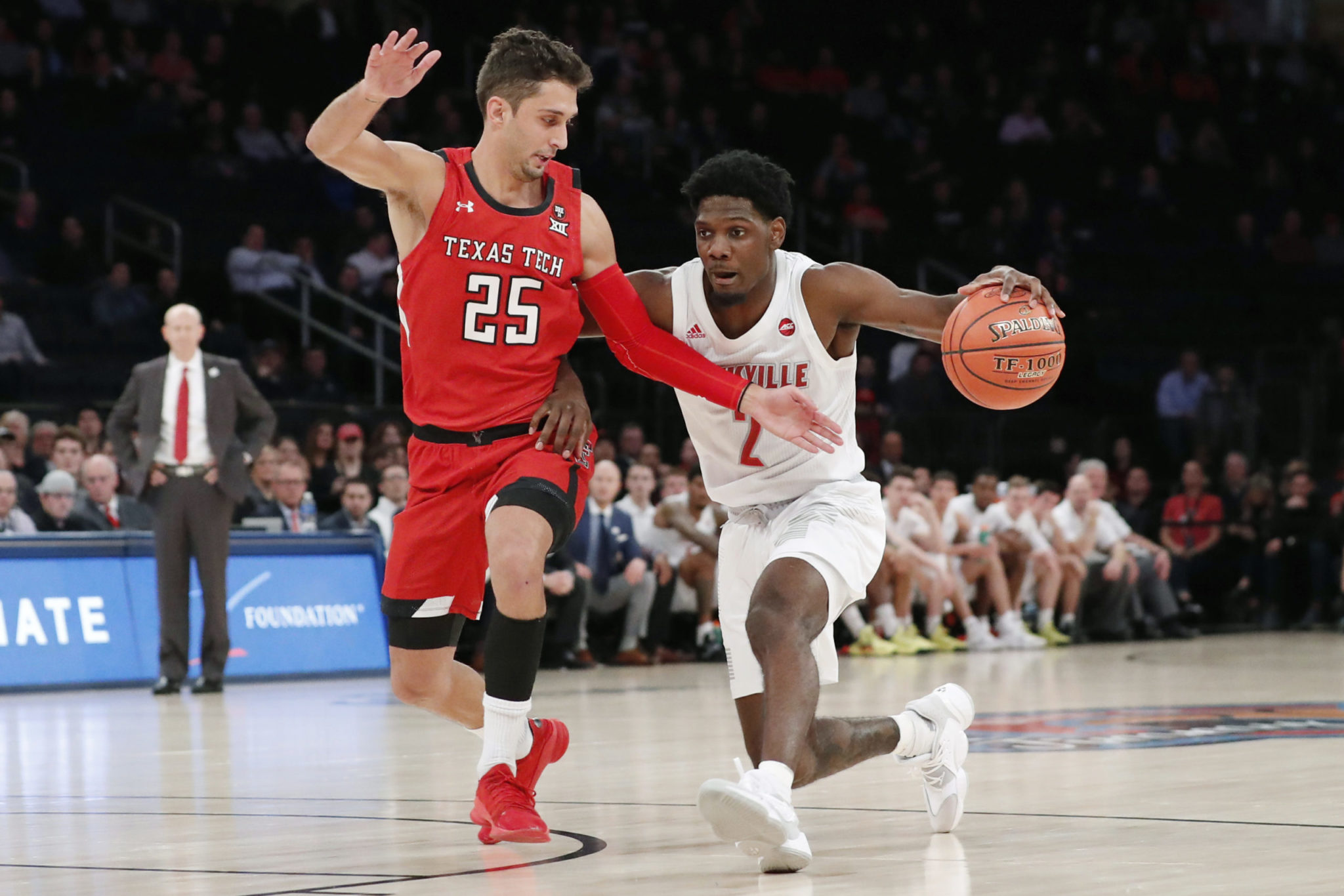 Louisville joined Michigan State, Kentucky and Duke in becoming the fourth No. 1 team in the country to lose barely five weeks into the 2019-20 season as the top-ranked Cardinals fell to upset-minded Texas Tech 70-57 in the Jimmy V Classic at Madison Square Garden on Tuesday evening.

Davide Moretti, who made only two of ten shots from beyond the arc, scored a game-high 18 points for Texas Tech, which led 31-28 at half.

Terrence Shannon, Jr., added thirteen points and 6-3 sophomore guard Avery Benson, a walk-on last year, chipped in ten for the Red Raiders, who snapped a three-game losing streak — the last two in overtime — while improving to 6-3.

Jordan Nwora paced Louisville with a team-high fourteen points.  The versatile 6-7 junior forward, who can hit from outside and finish effectively underneath, was limited to 4 of 16 shooting from the field, including an uncharacteristic 1 of 7 from beyond the arc.

Fans rushed the court after the Nittany Lions pulled off the upset against the previously unbeaten Terps (10-1).  It was truly Happy Valley on Tuesday night.

Coupled with Penn State’s win over Maryland, Louisville’s stunning loss reduced the number of undefeated teams in the country to a mere half-dozen.

Butler (9-0), the only other unbeaten team in action on Tuesday, puts its perfect record on the line when it plays at Baylor later tonight.