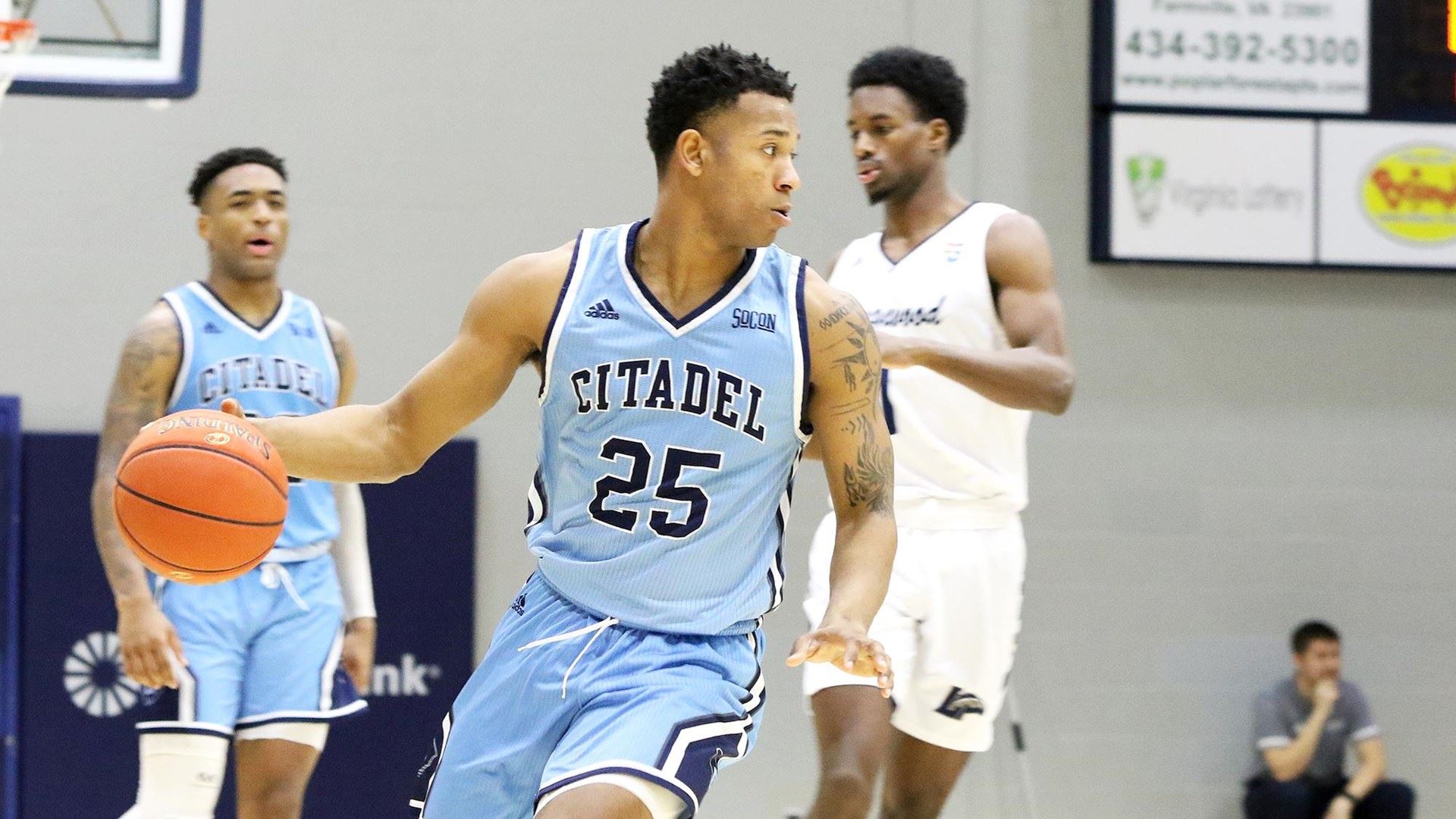 Playing without two of its starters, Seton Hall (7-4) used a swarming defense to defeat seventh-ranked Maryland 52-48 in Newark, N.J., on Thursday evening.  The Pirates, who blocked an incredible fifteen shots while forcing seventeen turnovers, were led by 6-4 senior guard Quincy McKnight, who scored 17 points.

Maryland, which entered the game averaging 77.1 points per outing, shot a woeful 27 percent from the floor.


Wofford (7-5), which knocked off North Carolina this past weekend, was paced by Tray Hollowell’s team-high 17 points.  The Terriers buried ten treys in the loss.

In what may have been the wildest game of the night, Kaelon Harris posted an impressive double-double with 27 points and 10 rebounds as The Citadel (6-5) downed Longwood 102-99 on the road in triple overtime.

Longwood had a chance to send the game into a fourth overtime in the closing seconds, but The Citadel’s Alex Reed blocked the potential game-tying shot to preserve the hard-fought victory.

It was the Bulldogs’ third road victory against a Div. I opponent this season.  Following a 108-40 rout of Carver and a 129-83 drubbing of Piedmont, it was also the third consecutive game in which The Citadel has shattered the century mark.

Shabooty Phillips, a prolific scorer, tallied a team-high 24 points and grabbed 16 boards while dishing off five assists for Longwood as the Lancers fell to 5-7.

Guards Nate Hinton and Caleb Mills scored 17 points apiece and junior forward Brison Gresham posted the first double-double of his career with 10 points and 12 rebounds as Houston improved to 7-3 with a 77-57 victory over UTEP (8-2), handing the visiting Miners only their second setback of the season.

Hinton also grabbed ten boards for the Cougars, who play much-improved Portland in the opening round of the Hawaiian Airlines Diamond Head Classic in Honolulu on Sunday.

The Hofstra Pride, once known as the Flying Dutchmen — one of the coolest nicknames in the history of collegiate athletics — improved to 8-4 with an 87-72 victory over host Princeton (3-8).  Senior Eli Pemberton scored a game-high 27 points for Hofstra, which is expected once again to be a serious contender in the Colonial Athletic Conference (CAA) despite losing the services of record-setting guard Justin Wright-Foreman, last year’s CAA Player of the Year.

Junior Ryan Daly poured in 27 points and hauled down 10 rebounds while dishing off six assists and coming up with three steals as St. Joseph’s (3-9) snapped an eight-game losing streak by downing William & Mary 84-69 in Philadelphia.

Two-time all-conference forward Nathan Knight, the only one of five starters from last year’s team to return following the perplexing firing of 16-year head coach Tony Shaver, scored a team-high 25 points for the Tribe, who fell to 8-4.

Lafayette plays at Rutgers on Sunday.

Damon Wilson, a 6-5 senior, scored 22 points, tying his career record, as Georgia State (7-3) defeated Texas-Arlington in the Sun Belt Conference opener for both squads.  David Azore scored a career-high 23 points for UT-Arlington, which fell to 4-8 overall.

Jordan Shepherd, a 6-4 Oklahoma transfer who played in 59 games over a two-year period for the Sooners, scored a game-high 20 points as Charlotte (6-4) breezed past poor-shooting Maryland-Eastern Shore 66-44 at Halton Arena in Charlotte.  Freshman Jahmir Young, a DeMatha High product, added 10 points for the 49ers, who won for the third consecutive time.

UMES, which was held to a season-low thirteen points in the first half and didn’t have a single player in double figures, dropped to 1-12.  The Eagles made only 28 percent of their field goals in losing for the second straight time since demolishing Div. III Clarks Summit 85-39 on Dec. 8th.

Five players scored in double figures for the Owls as Florida Atlantic (7-4), which led 42-12 at the half, trounced the University of Tampa 84-35 in Boca Raton on Thursday night.  It was FAU’s seventh straight victory.  Pat Bacon scored a team-high 15 points for the visiting Div. II Spartans.


Six-foot-nine sophomore Iran Bennett scored a career-high 21 points while clearing the glass for a career-best 16 rebounds and deadly-accurate 6-5 forward Taevion Kinsey, who connected on 59 percent of his shots last season, chipped in 19 points as the Marshall Thundering Herd defeated Eastern Kentucky 90-72 in Huntington, W.V.

With the victory, Marshall improved to 5-6.