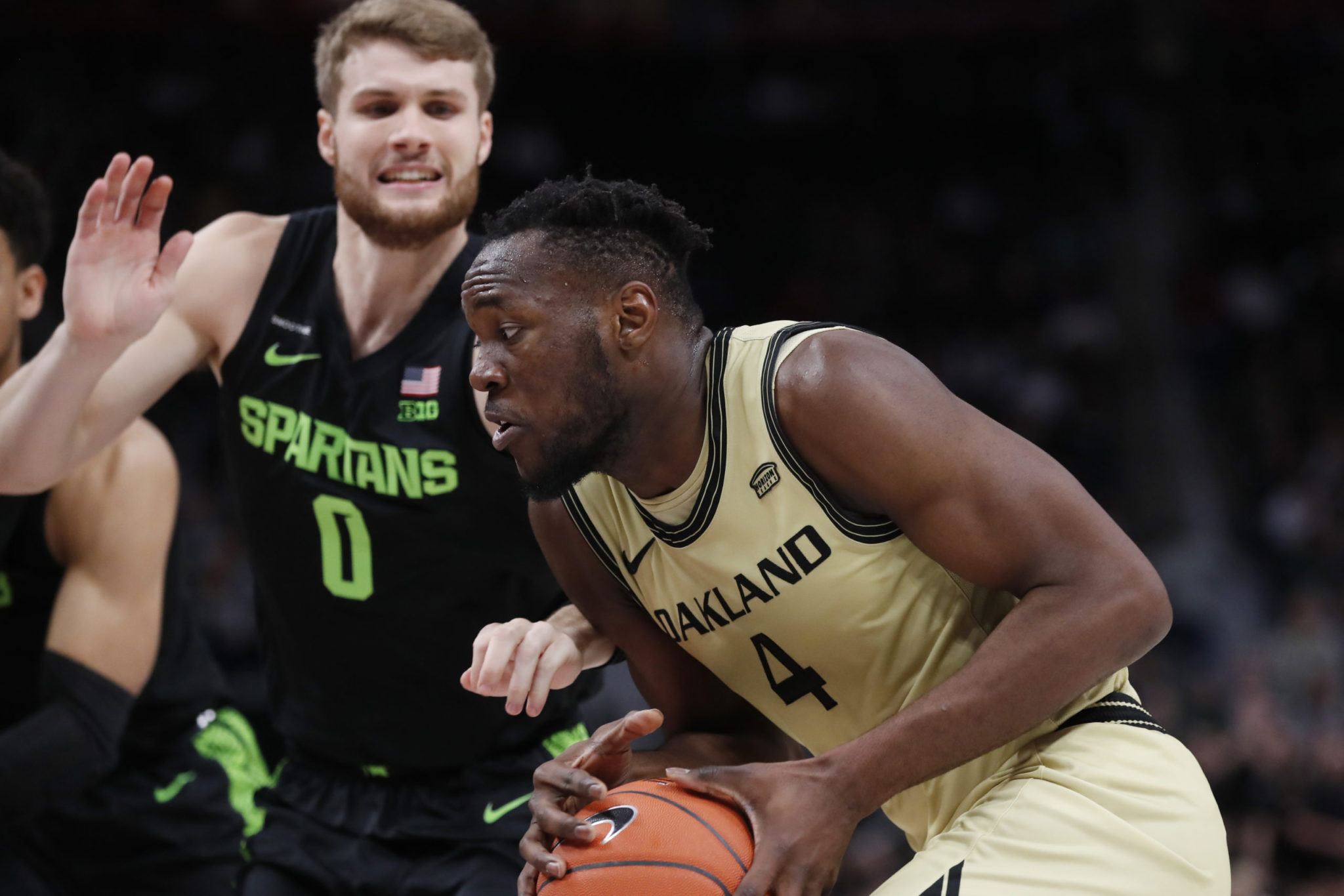 Henry was the only Spartan to reach double figures as Michigan State (7-3) struggled to hit shots in an NBA arena.

Xavier Hill-Mais led Oakland (5-6) with 10 points. The Golden Grizzlies, who have come close to upsetting their in-state rivals with 3-point shooting in the past, shot just 26%, including 31% on 3-pointers.

Michigan State took control early, using an 18-3 run to take a 24-9 lead with eight minutes left in the first half. The Spartans led 34-19 at halftime, holding the Golden Grizzlies to 23% shooting, including 1 of 6 on 3-pointers.

Oakland coach Greg Kampe picked up a technical foul with his team down 52-30 midway through the second half, and his team struggled to keep the game from getting out of hand down the stretch.

Michigan State coach Tom Izzo put son Steven into the game for the final moments, and he delighted the crowd with three rebounds.

Spartans: Although Michigan State was cheered by most of the 18,145 fans, it was officially a road game for the Spartans. MSU will play Oakland for the next six seasons, with the game alternating between the Breslin Center and Little Caesars Arena.

Golden Grizzlies: Oakland, which started as a Michigan State satellite campus, dropped to 0-18 against the Spartans. All the games have been in the last 21 years and featured Izzo against Kampe.

Spartans: At Northwestern on Wednesday.

Golden Grizzlies: At Syracuse on Wednesday.

Dave Hogg is a reporter for The Associated Press.