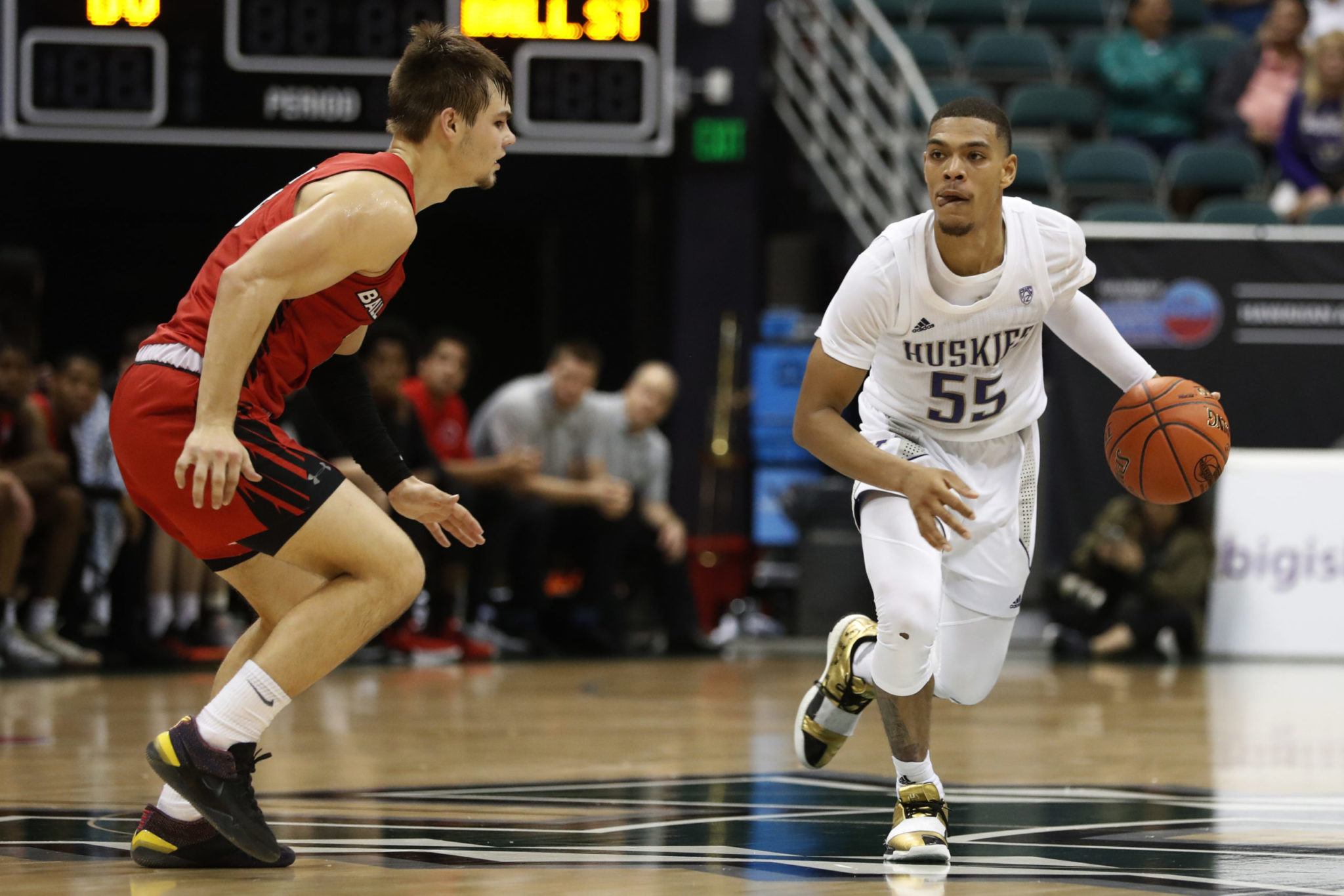 Jaden McDaniels scored 22 points, Quade Green had 21 and No. 22 Washington pulled away from Ball State for an 85-64 victory in a Diamond Head Classic quarterfinal Sunday.

Isaiah Stewart added 19 points and 10 rebounds for the Huskies (9-2), who shot 56% percent from the field and won for the seventh time in eight games.


Tahjai Teague had 20 points and 10 rebounds to lead the Cardinals (6-5), who got 13 points from Ishmael El-Amin and 11 from Jarron Coleman.

Ball State made a stop in Atlanta before heading out to Hawaii. The Cardinals came away with a 65-47 win at Georgia Tech last Wednesday. They held the Yellow Jackets to a season-low 33.3% shooting mark (17 of 51), including 4 of 16 on 3s. Both teams are taking part in the eight-team Diamond Head Classic and caught the same direct flight from Atlanta to Honolulu.

Washington was coming off a season-best 58.3% shooting performance in its previous game, an 81-59 win over crosstown rival Seattle last Tuesday. The Huskies continued their sharp shooting in the first half against Ball State. They hit 63% from the field (17 of 27) and were 8 of 12 from 3-point territory.

Ball State: Plays the loser of UTEP-Hawaii in a consolation game Monday. The Cardinals lost their only meeting with the Rainbow Warriors, which came during the 1996-97 season. Ball State has yet to play the Miners.

Washington: Will try to make it three straight wins when it faces the UTEP-Hawaii winner in a semifinal Monday. The Huskies’ only losses this season came against Tennessee (75-62) and then-No. 9 Gonzaga (81-59).