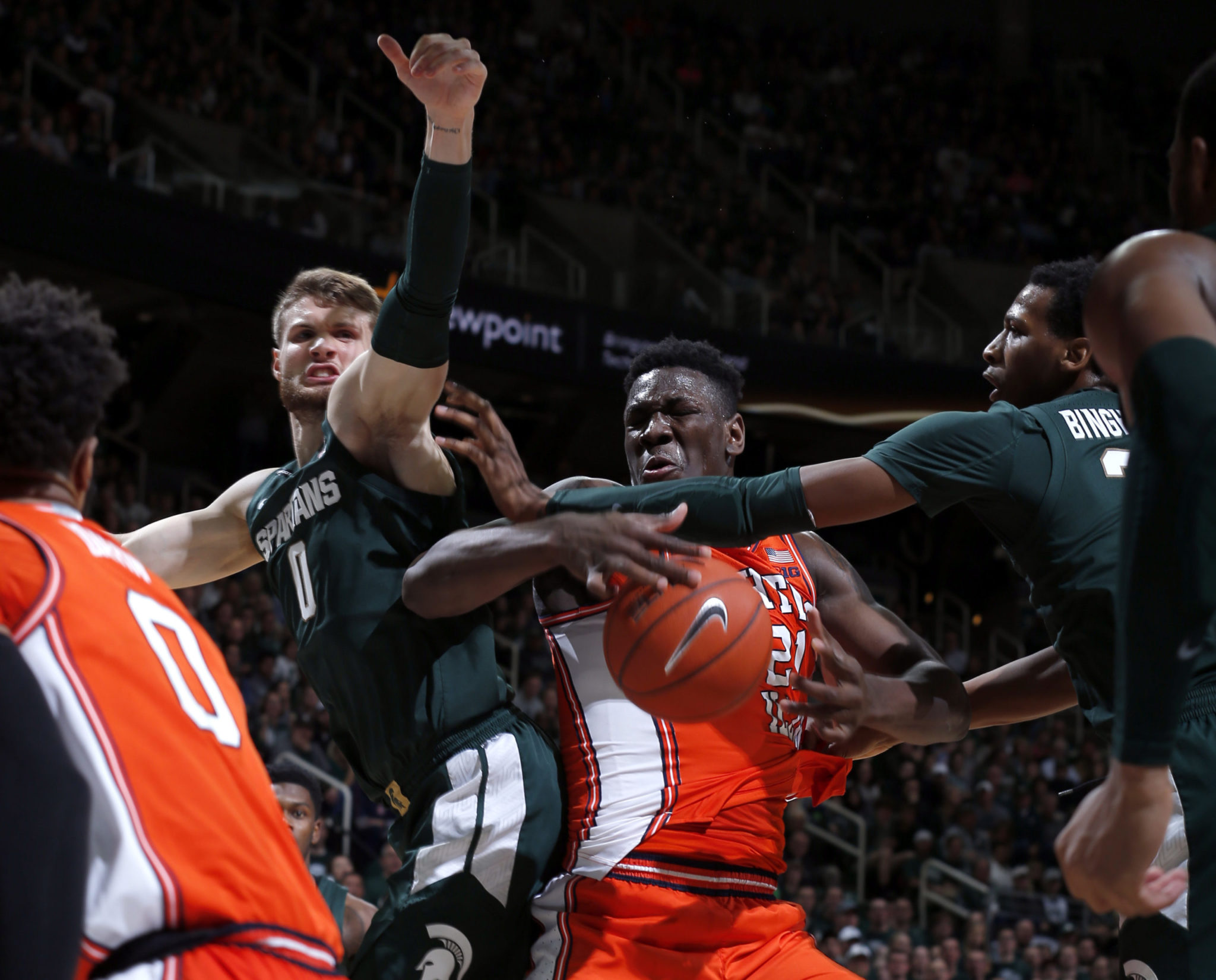 Cassius Winston had 21 points and Xavier Tillman scored 19, leading No. 14 Michigan State to a 76-56 win over Illinois on Thursday night.

The Spartans (11-3, 3-0 Big Ten) have won six straight and have won their first three conference games to stay alone in first place.

Michigan State led the entire game, but had just a six-point edge at halftime. The Spartans pulled away early in the second half with a 15-3 run.

The Fighting Illini (9-4, 1-2) lost a lopsided game in Big Ten play for the first time this season. They had a one-point loss at then-No. 3 Maryland and beat then-No. 5 Michigan last month.

Illinois’ Ayo Dosunmu scored 13 of his 18 points in the first half and Alan Griffin finished with 17 points.

Michigan State led Illinois 36-30 after a feisty, foul-filled first half.

Both teams had a key player, Winston and Kofi Cockburn, limited by foul trouble and combined to have seven players called for two fouls in the opening 20 minutes.

Illinois coach Brad Underwood was called for a technical for arguing with officials in the first half. He nearly was called a second technical after Trent Frazier was whistled for a block when he appeared to draw a charge on Kyle Ahrens’ 35-foot heave just before the half.

Illinois: Underwood averaged 13 wins during his first two seasons and should be able to surpass that clip with his physical team, which has three players averaging double digits.

Michigan State: The preseason No. 1 team had the kind of balanced contributions it will need to live up to expectations.

The Spartans can make a jump in the poll if they also win against No. 12 Michigan.

Ahrens, whose career has been stunted by injuries, left the court in the second half and went toward his team’s locker room. He returned to the court, but did not play after having a point and a rebound in nine minutes.

Michigan State: Plays the rival Wolverines on Sunday at home.