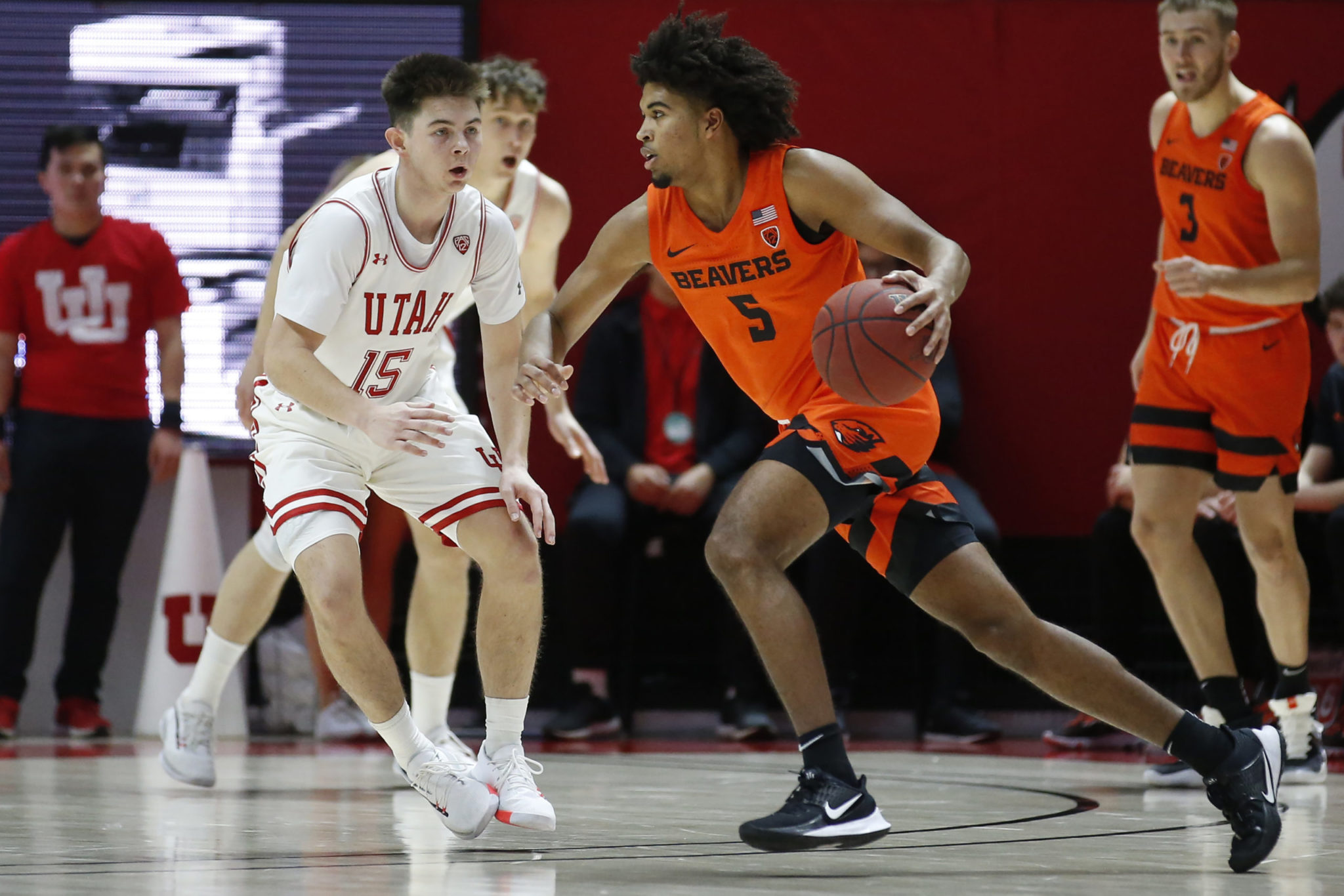 Timmy Allen scored 25 points and collected 10 rebounds to lead Utah to an 81-69 victory over Oregon State in the Pac-12 opener for both teams on Thursday night.

Both Gach added 17 points while Rylan Jones scored 14 points and dished out five assists for the Utes. Utah overcame tough interior defense by the Beavers by successfully getting out in transition. The Utes scored 22 fastbreak points.


The Beavers endured a seven-minute stretch during the first half when they missed seven straight shots and 10 of 11 overall. It opened the door for Utah to rally from an early 13-7 deficit and surge in front.

Jones and Allen combined for back-to-back baskets to ignite a 12-0 run that put the Utes ahead for the first time at 27-19. Hot perimeter shooting from Gach and Jones helped keep Utah in front as the first half wound down.

Oregon State hung around for a while. Tinkle converted a 3-point play and then hit a pair of free throws to trim Utah’s lead to 36-32 heading into the final minute of the half. Gach buried his second 3-pointer to push the lead back to seven.

The Beavers cut the deficit to three points multiple times in the second half, the final time on a fastbreak layup from Antonie Vernon that brought Oregon State to within 54-51. The Utes slammed the door on a further comeback.


Utah used a 16-5 run to extend its lead to 70-55 with 5:31 left. Riley Battin sparked the run with a 3-point play and Gach added the biggest highlight with a dunk off a steal. Battin and Gach combined for four baskets in that decisive stretch.

Oregon State: The Beavers made it tough for Utah around the basket at times but struggled to defend in transition. That could be a big problem with games against other high-flying athletic Pac-12 teams still ahead.

Utah: Once again, the Utes look like a team capable of making unexpected noise in the Pac-12. Utah still struggles with turnovers and scoring droughts from time to time. But when the offense is clicking, few teams areable to contain the Utes.

Oregon State travels to Boulder to face Colorado on Sunday.

Utah will host Oregon on Saturday