Denver skaters looking for a share of history in Frozen Four 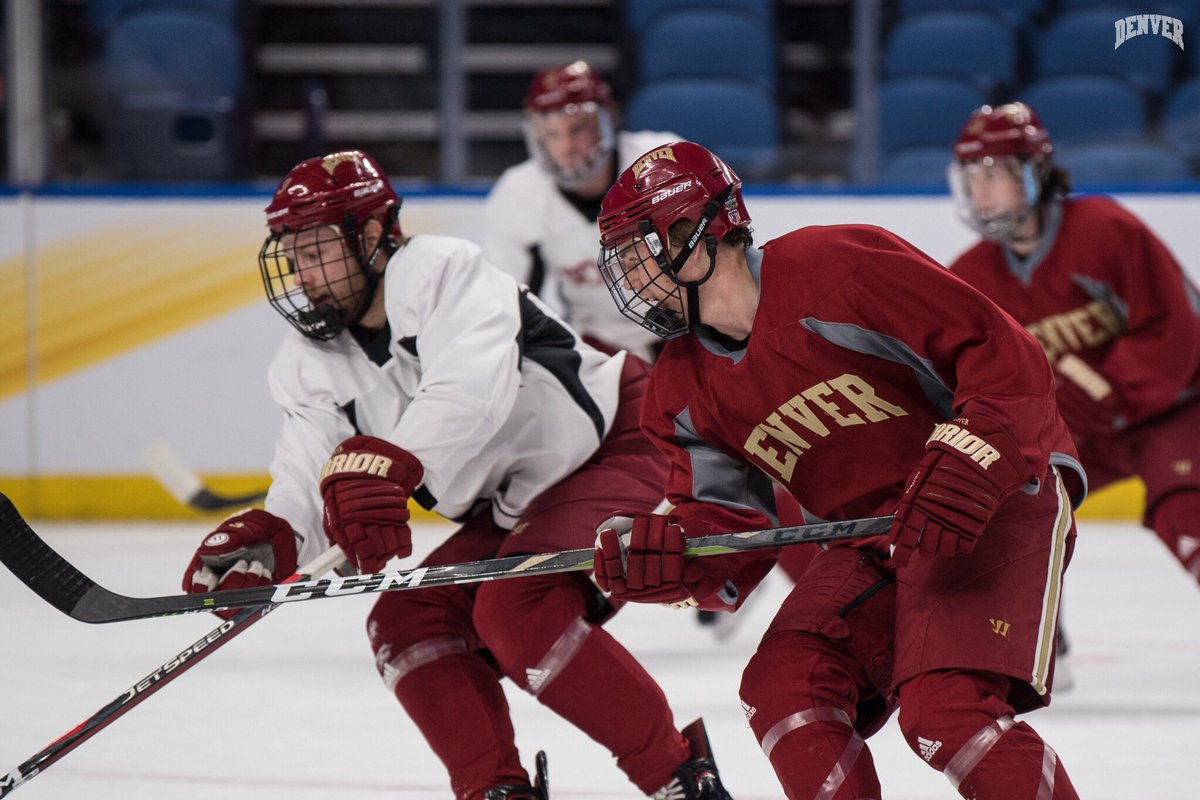 Now that college hoops are out of the way, college hockey will crown its national champion this week in the aptly-named “Frozen Four” at the KeyBank Center in Buffalo, New York.

Thursday’s semifinals will feature a 4 p.m. contest between Providence and defending national champion Minnesota-Duluth, followed by a 7:30 p.m. face-off between Denver and Massachusetts. The championship game will be played Saturday at 7 p.m.

Making their sixteenth appearance in the Frozen Four and their third in the past four years, the Denver Pioneers (24-11-5) are more than a little familiar with what it takes to prevail in Buffalo this week, but with a new coach and a roster that includes an almost unprecedented nineteen freshmen and sophomores winning the NCAA Division I hockey championship will still be something of a daunting task.

In fact, this was supposed to be a rebuilding year for the Pioneers under a new head coach and not many realistically expected them to be here, especially after being swept in the final weekend of the regular season by archrival Colorado College (17-20-4), losing 2-1 and 1-0 back-to-back contests to the Tigers while finishing fourth in the National Collegiate Hockey Conference (NCHC) with an 11-10-3 conference record.

Few, if any, among the storied program’s longtime followers thought an appearance in the 16-team NCAA Tournament was possible this year and almost nobody besides the players themselves could have imagined that the Pioneers would be playing in this week’s Frozen Four.

Denver, which has skated to the national title an impressive eight times in the school’s history — most recently in 2017 — lost five key players to the NHL a year ago, including three of their top players from 2018, and brought in ten freshmen this season, including goalie Filip Larsson, a 20-year-old native of Stockholm, Sweden, and sixth-round draft pick of the Detroit Red Wings.

The Pioneers, whose roster also includes a large sophomore class, also lost their head coach Jim Montgomery to the NHL’s Dallas Stars last spring and replaced him with 28-year-old David Carle, the youngest active head coach in Division I hockey.

Carle, who played hockey as a defenseman for Shattuck-St. Mary’s — leading the venerable Episcopal boarding school in Minnesota to national titles in 2007 and 2008 before being drafted by the Tampa Bay Lightning — had been an assistant coach under Montgomery for four and a half seasons.

Despite finishing the regular season with a pair of losses, the Pioneers swept perennial power North Dakota 2-0 and 4-2 in the quarterfinals of the NCHC tournament, known as the Frozen Faceoff, before losing to powerful Minnesota-Duluth 3-0 in the semifinals.

UMD, which faces Providence in tomorrow’s 4 p.m. contest, and Denver had split their four regular-season meetings.

Turning up the heat defensively, Denver then shut out Ohio State 2-0 and blanked American International 3-0 to win NCAA West Regional championship to advance to the Frozen Four.

Larsson, who was still recovering from an injury at the beginning of the season, was sensational in both games — making 24 saves against the Buckeyes and 26 against upstart American International — and is only one shutout away from tying the all-time NCAA tournament record of three shutouts set by Boston College goalkeeper Cory Schneider in 2007.

Despite their youth and inexperience, the Pioneers do have a few veterans on their roster, including team captain Colin Staub and senior forward Jarid Lukosevicius, the latter of whom spectacularly scored all three goals in Denver’s 3-2 victory against Minnesota-Duluth in the 2017 national championship game.

If the Pioneers skate past Massachusetts (30-9-0) — another team looking to make history — tomorrow evening and prevail in the championship game on Saturday it will be Denver’s ninth national hockey championship, tying the mark set by Michigan in 1998.